Fell Star is a Science Fantasy interactive fiction set in Freiy, a fictional continent where magic once flourished with abundance, only to slowly diminish overtime. Magic is disappearing, and no one knows why. You wouldn’t know. After all, you’ve been dead.

You play a Harbinger, a bringer of either hope of doom, who wishes to rest. And once you got that rest, you’re thrust back into the world of the living under some… Complicated circumstances.

As of the moment, the demo is a total of 62k words excluding code.

This is my first attempt at making a Choicescript game, and English isn’t my first language so if there are any issues with grammar, the code or anything else, it’s likely my fault, so, er, sorry in advance if things sounds weird. If anything else, thanks for checking out the game.

This was sick. I love being the villain! I love having cool powers! I like violence muahahahah! This is another fun story, and I will be watching with great interest.

I skimmed through it but the grammar is pretty solid, I’ll make some time for it and I’m eager to read more.
Later…

Love this so much. One suggestion can the chapter banners be increased in size, I can’t quite read the line below ‘chapter number’

@Player.Pk found this error. please look at the first line.

@Pigeon I’m glad to hear that you enjoy the story so far. Villains are always so fun to play.
@12eno I’m glad to hear that the grammar is solid for the time being. I shall await eagerly for the verdict.
@Big_fan1231 Yeah, you’re right about that. They are really tiny. I’ll make a new image to make things a bit more readable!
@Yap_Huiming and @Bulk_Biceps ASDFGHJKL Thank you so much for finding those mistakes. I’ve fixed them.

hastily picks up jaw from the floor

You say this is your first attempt?

And English isn’t your first language?
… 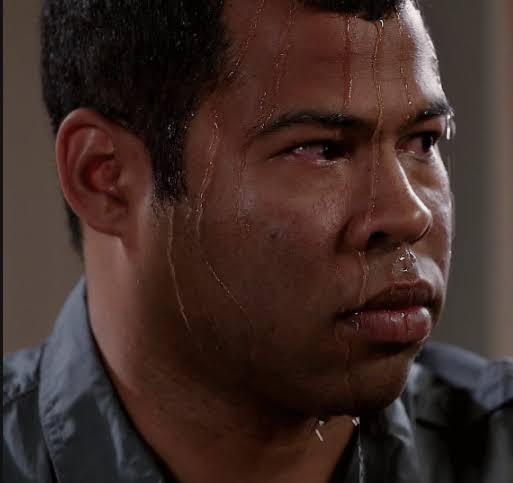 It was fu**ing good and epic! I love your writing style, it’s very nice to read.
Because I’m obsessed with dark stories with terrifying MC (that MC was really creepy… was ;-; The reputation will have to be recovered…) who are the villain - I’m delighted with what you have created. So, yeah, this dark vibes of your WIP reminds me a bit The Abyssal

So far I have not noticed any bugs. But when I read it again carefully, I will let you know when I find something

@Cingulum_diaboli Thank you so much for the kind words! I’m happy to hear that you enjoyed the WIP at its current state. And I thank you ahead of time, should you find any bugs or mistakes!

@Big_fan1231 Without a doubt, you can shape Shian to become a villain. There are hidden stats for Shian that’ll accumulate over time and impact how Shian will interact with you and others based on your actions. If MC is Merciless, they too can undertake MC’s personalities as their own.

Thats a dick move they just did. taking your heart and placing it in a homunculus! i am mad!

SHEESH OKAY SO I HAVE TOO 100% AGREE WTIH CINGULUM THERE. ITS BEEN A HOT MINUTE SINCE IVE SEEN A GAME WITH SUCH NICE VISUALS-
Usually most games on this platform place less emphasis on aesthetic, and you come in wITH LITERAL ANIMATED hEADERS. And you even got your tumblr ready!!! You’ve planned so much and everything seems so fleshed out from there, so it’s just- chef’s kiss

Plus your writing style and your grasp on soft worldbuilding makes the world just feel so much more…idk? Enchanting? Dangerous? Large? It feels like there’s so much to explore and so much in store, I can’t wait to read more. Esp. With the varying texts depending on the MC’s stats! And you didn’t try to simmer down the variation, like:

Instead, you wrote full on paragraphs of different text :0 AND THAT MAKES READING THIS SO MUCH MORE IMMERSIVE. Great job!!!

Can’t wait for more. One question though: could we choose the child’s gender or maybe customize their appearance like we customize our mc?

It’s been quite some time since I found a WIP I adore. And the fact my MC could be so tired of everything is awesome, though I had an image at the end when they were “killed” where they’d drop their head on the Knight-Commander’s shoulder (to his shock/discomfort). A sort of touch-starved, “I’m dying, grant me this” sort of response that’s opposed to the touch-aversed individual.

No issues with game breaking moments on my run through it, and the flow was good.

i am absolutely in love with this wip, i really hope you publish it cause I would def pay for this!

• a lack of images will not interfere with my enjoyment of a game, but these elevate it so much. They’re beautiful!
• their vivid memories, they’ll inscribe what they’d witness → what they’d witnessed
• The tales of the old rekindles the desire of Man, encouraging them to search for the villain who defeated the great heroes. → change them to him or Man to Humankind
• how there are individuals who’ll rather spend the rest of their time helping others than themselves → who’d rather spend
• but you suppose he needs some sort of handicap when going against a being such as yourself → a handicap implies weakness. Perhaps an advantage or a boon?
• the entity tALkINg LiKe tHiS makes it difficult to read, might make it unintelligible to people using screen readers, and makes me think of the SpongeBob meme. You know the one. I’d go with all caps, bold the text, italicize it, or do something else to differentiate it.
• As if you’ve wronged man → wronged the man or wronged him

@Bulk_Biceps Fate is such a strange thing, is it not? The wheels will continue to spin their thread. Everything has a reason, does it not? The cycle must continue… You’ll be seeing more of these people and their organization as the story progresses.
@ZytL asdfgh thank you so much for the kind words. I’m glad to hear that you liked the demo so far.
@TheSleepwalker Over time, yes, there will be a possible section where MC and Shian will go over how Shian feels about themselves in terms of their gender but that won’t be until later when Shian is more confident with themselves. You will also be able to customize Shian’s appearance (This won’t appear until Chapter Two)
@TheChaosArchivist I’m glad to hear that you enjoyed the WIP. (And yes, I also enjoy tired, ‘I’m done’ MCs) I knew I forgot to code in something that involved the touch-repulsed MCs. Thanks for the heads up.
@Lonily I’m happy to hear that you enjoyed the demo and thank you for your kind words. ^^
@fool Thank you for finding those, I’ll be sure to fix them to make it sound better. And aha, you’re right about the entity. I’ll be sure to make it easier for readers, thanks for the suggestions!

QUESTION! - Y’know how the like more “playful” MC is well, playful. Will romance options showcase it? Also, will you add something where the MC seems playful on the outside but its just covering up something else, I don’t really know how to put it.

But anyways I know I have said it already but I am already in love with this game!

I dont like them already, and committing suicide doesnt seem like a valid option since your heart has been moved.

this is so fucking cool. i was so sad to see it end. i hate how they woke us up for some god awful reason and bounded us to the kid. like sure if the kid dies, we die but like is that really a taunt to a ‘im done with all of this mc’? ig torture can be possible but im just very very angry at the people that fucking woke us up. also, the knight commander (even if he kinda did kill us) will always have a special place in my heart. honestly, i really like him. he is the only character that treated us with respect and all that shit while the people that woke us up, plays with us like were a toy and taunts us first time we wake up and as silly as this may sound, i kinda miss him. tbh i kinda teared up a bit at their last interaction, especially when you choose to accept ur fate and help him kill you faster. as for the powers, i especially like the blood butterflies and i hope to see them soon. such savage delicate looking insects they are.

overall, 10/10 would read again. would probably punch that dude’s face that threatened us.