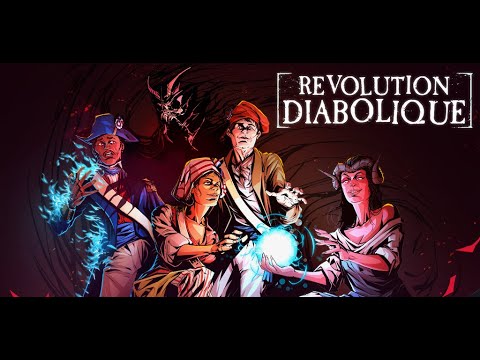 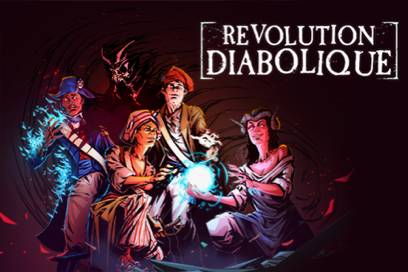 Summon demons to win the French Revolution! Will you uphold the Republic, restore the monarchy, rule France yourself, or lose your head?

Summon demons to win the French Revolution! Will you uphold the Republic, restore the monarchy, rule France yourself, or lose your head? Revolution Diabolique is a 425,000 word interactive novel by…

Ok time to be a pedant:

Shouldn’t, at least from first 2 chapters i read, MC be a necromancer not a demonologist? MC is summoning/calling spirits of the dead from the spirit realm not actually demons.

I wish it was tomorrow already, can’t wait to play the whole thing. From what I have seen from the demo it looks like it’s going to be really really good

Oh how wonderful, it feels like it’s come round so fast! Congratulations!

I can’t wait! I’m so excited for this!

I’ve always been fascinated by the French Revolution - I wrote a whole paper once on its continuing relevance in contemporary French culture - so I’m definitely looking forward to seeing how much more interesting it gets when I toss a few demons into the mix.

This part “ Every faction—monarchists, republicans, peasants, intellectuals, anarchists” makes me wonder which of those are actual political factions we can lead and which are groups we can align to said faction.

I just assumed that “peasants” meant … actual peasants. Not so much an ideologically motivated faction as a bunch of beaten-down people who have good reason to be pissed off about their life circumstances.

Humanists are people who embrace a philosophy focused on the inherent dignity and potential of the human being. Although there were no doubt many, many peasants who quietly clung to a sense of their human worth in the face of oppression, the term “humanists” usually refers to people of a higher socioeconomic status who had the time and intellectual training to read and discuss Big Ideas.

No. Ideas are powerful things. There were plenty of humanists whose revolutionary fervor led them to advocate violence and fanatically tear down anything even remotely connected to the old order. And there were plenty of peasants whose only agenda was a decent standard of living.

I meant mechanically and in the context of the game. I know what a peasant is, I’m asking if the peasantry is actively a faction we can take control of, or if they are an interest group we can align to whichever faction we end up taking over. I’m asking what is the distinction between interest groups and political factions basically, like republicans and monarchists are clearly something different from peasants and aristocrats so I’m just trying to figure out how it all come together.

From the game description I’m having a hard time figuring which are an active political faction we can take control of and put in power. I’m actually french so sometimes I have trouble interpreting certain stuff. I’m buying the game regardless, I’ve been looking forward for this one for a while.

Ehhhh peasants aren’t a faction in a political sense to put it in a real life perspective you can be poor and vote whatever party you like or rich and do the same. Game context I’d have to imagine most peasants would fall under revolutionary ideals or anarchist it’s never specified however

6:37 am Eastern time casually waiting to summon demons and import the revolution

Of the majority greatly influenced by the church, that is why in these times they consider the French Revolution more like the revolution of the bourgeoisie.