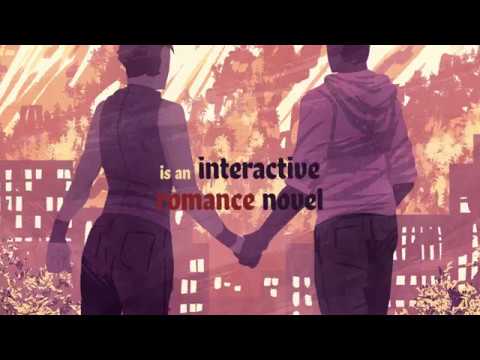 Now that’s a great news!
You mean day after tomorrow? Wow that is even more good news

Judging from my usual lack of taste in RO’s, I already know I’ll just end up wanting to romance the toxic ex. That said, I’ve been looking forward to this game for a while. Can’t wait to play it.

Really great news! Been waiting for this!.

I am wondering why the Ex left MC in the first place ??
Hope there will be nice back story of the Ex, if she ask for forgiveness, i would probably forgive her

Seems promising…Looking forward to it…

Congratulations to the author. I’ve been a bit curious about this game for a while now. Is it a straight-up dating game where the main objective is getting a RO? Anyway, I think I’ll be buying this one.

Woop woop! So hyped for this, been looking forward to this for so long. And really pleased with the trailer, before clicking on it thought it’d just be some teaser screen shots…which would be useless to me as I’m visually impared

, don’t think I missed out on anything from not being able to actually see the trailer?

I’ll admit to some initial disappointment after finding out that the title referred to a dating sim in Boulder, Colorado instead of a dating sim on the face of Mount Everest, but it’s probably easier to flirt when you’re not having your teeth pulled at base camp because your tooth and filling contracted at different rates in the extreme cold. I’m looking forward to this game, but if anyone wants to make a high-altitude climbing/dating sim, I’m there for that, too.

“Kelly, I just want you to know that I’ve really enjoyed our time together this week.”

“What? I can’t hear you through the oxygen mask, and we’ve crossed over into the death zone so my brain cells are dying. Can you communicate that in hand signals?”

“What? All I heard you say was ‘wai…hiryu…msk…’ and then you just kind of wheezed?”

~LOVE ON EVEREST. Let your heart soar to higher peaks.~

“Kelly, did you know that the bodies of climbers who died near the summit are just left there because it’s almost impossible to bring them down? The cold preserves them, so it’s sort of like a macabre museum of people just like us who failed while doing what we’re doing. If we’re not careful, we could become exhibits in that museum. Also, will you marry me?”

~LOVE ON EVEREST. From the bottom of your heart, to the top of the world.~

“Mmmm, yeah. Hypothermia, Kelly. You’re suggesting hypothermia, followed shortly by frostbite. Our fingers would start turning black thirty seconds after we took off our gloves. How about a romantic protein bar and a cuddle? I’ve got white chocolate and macadamia nut! And Glucosamine tablets. Seriously, don’t forget to take your Glucosamine tablets.”

~LOVE ON EVEREST. You know what, nevermind.~

Fact check: I live just down the road from Boulder.
ETA: And while it’s certainly not Everest, moving to 5700 feet above sea level is a little jarring, physically. The first couple days are really weird. You feel off in a way I can’t quite describe, and one beer leaves you looped. For the first six months if I sprinted upstairs and downstairs to grab something I’d be winded. Eventually you just readjust and can hike and bike without feeling like you’re going to have a coronary. And now when I fly down to sea level I feel like I can run a marathon.

It’s true! My partner and I lived in Seattle (me for 6 years, her for her whole life), but we’ve been living in Medellín, Colombia for the past two years. Going from sea level to 5000’ was a change. We sometimes go to Bogotá, too, since it’s just an hour away by plane, and it’s at 8600’. I don’t really notice the transition from 5000’ to 8600’, but my partner definitely does. We both drank a lot of coca tea when we first got here, which helped, but we had occasional headaches for the first month anyway. We still haven’t been back down to sea level since we moved here, but I’m sure it’ll be an experience after having acclimated to the altitude.

So does this mean there are three Hosted Games coming out Thursday? Or did something get bumped for this one?

I don’t know if something was bumped–I don’t keep track of the Hosted Game release schedule or update the pinned post, but going to look at our list, I believe only Love at Elevation is coming out this week, and two games are coming out next week.

I don’t know if something was bumped–I don’t keep track of the Hosted Game release schedule or update the pinned post, but going to look at our list, I believe only Love at Elevation is coming out this week, and two games are coming out next week.

So, Missing Wings and Slayer of Evil (which were scheduled for Thursday) will come out alongside Stronghold?

Nice! Given that we have just three ROs I assume that we get to pick their gender? I fear though I am personally not activistic, athletic or hippie enough for any of them though!

I think they’ll be out on Monday, actually. Again, 100% not my department.