Challenge and how it can be met - in text games

I learned something new today and I LOVE it. Thanks @cup_half_empty that is amazing to know, so many uses!

Seconded! I never even considered this - very exciting…

@tangerine_skies Thank you - I hope it doesn’t disappoint! There are a few management and memory puzzles but the one I mentioned above is the only one of that kind and probably the one of which I’m most proud. I’m planning on doing more along those lines in my next game.

While indeed classic turn-based combat is the most effective in choice-based games (heck, earliest video games are turn-based), I dislike the idea in CS games due to the limited interaction we can have in the engine. All options are arranged to a single list, choosing an option refreshes the entire page (instead of opening secondary page/window), and there’re 2 steps just to make a choice (select + NEXT, though this isn’t quite an issue on mobile with sweeping gesture).

Some links to other discussions and examples… 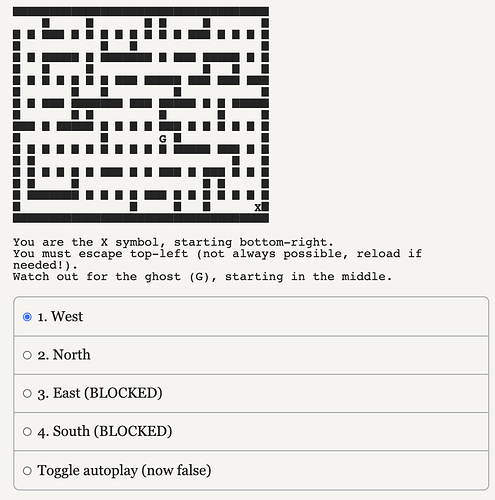 a simple managing sim, a similar maze escape thing, a logic-gate kind of puzzle, and many other puzzles 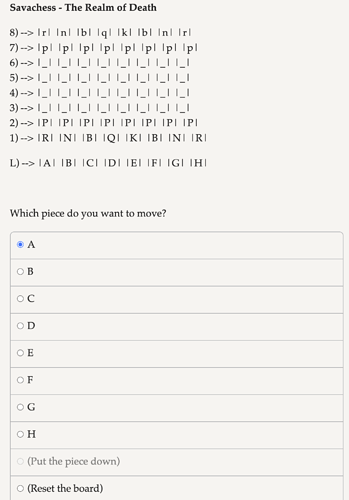 I find an indirect way to do it with gosub_scene. just create a new scen called images. then use gosub_scene variable and go to a label that just contain the *image path and return.

4/ Whole topic about death and challenge (I guess rogue-likes often draw on this kind of challenge to lend impact to your decisions) which I’m also categorising as part of the whole challenge intensity thing - how important is it that you suceed? What are the fail criteria and rewards/punishment of success and failure.

Hello, I’m curious as to the board’s opinions on what you like the most regarding death in stories. If a game is hard, and you die and are forced to go back from whence you started, is this frustrating for you even if there are many different avenues for you to try, or do you like the challenge? Also, how long is too long? Do you put down books and pick them up again or do you run through the whole thing at once?

5/ Timer system. It doesn’t provide a forced page turn for that ‘ah I’m running out of time’ sensation, but might be helpful for a less pressured time management challenge (similar to the resource management challenge).
@JimD’s Zombie Exodus - Safe Haven has a really good passage of time mechanic that does sucessfully make you feel the pressure as you try to fit multiple actions into a limited day. Zombie Exodus: Safe Haven

6/ Think I’m also going to use Zombie Exodus - Safe Haven as an example of one of the more memorable inventory systems, and challenge reward systems, where exploration and combat challenges resulted in rewards for your home/camp.

7/ Relationship balancing. A social challenge where you try to appeal to one or other npc, or try to balance and mitigate the effects of your actions on your relationships with them (or their relationships with each other). Good example in The Superlatives: Aetherfall by Alice Ripley of conflict between a Venusian and a Martian character and if I recall correctly, ro.

Very interesting thread! Thanks @Charles_Parkes, I’m happy you like the maze!

A couple of comments:

I actually use this in a different (hardwired) maze, where the maps are pre-rendered as images.

Also, kudos to @Carlos.R . The tech behind Missing wings is very sophisticated.

I was inspired, and implemented a memory challenge!

Game of Simon: another proof of concept Game Development

Hi all. Stimulated by the discussion here: https://forum.choiceofgames.com/t/challenge-and-how-it-can-be-met-in-text-games/81528 I implemented a good old memory challenge, the game of Simon. https://dashingdon.com/play/sciscidiego/simon/mygame/ Some page breaks are redundant, but required to play *sound right, as you can’t have more than one sound per page. If you play with the access keys, it’s not too bad. Have fun! This could be used to have musical puzzles in a game. For instance, the g…

The memory challenge is also a good example of

What did you have in mind with multiple choices and sounds? Chords? I imagine you could make it work if you pre-record all possible combinations, so that you can have one *sound command to play both notes.

Some interesting stuff on balancing a mix of challenges for pacing here. I think this is quite relevant for the CG/HG audiences, who seem to want their challenges to be well integrated within the narrative. There must be lots of good ways of doing it! 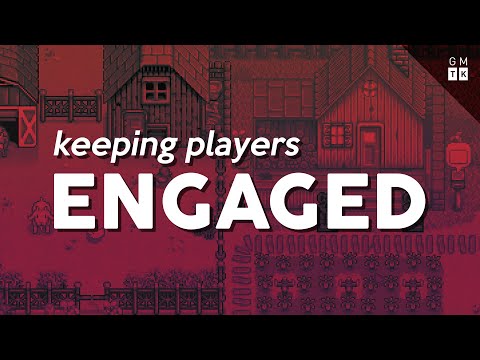 Here’s another take on inputs and outputs for systemic game design, where you redirect the focus away from specific items, mechanics etc to achieve a specific output - placing a common, more general input between your challenge/puzzle and a range of specific inputs. This is promoting non-linearity in challenge solving: 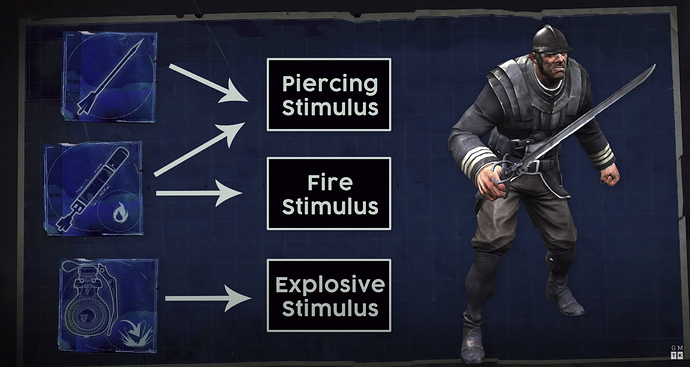 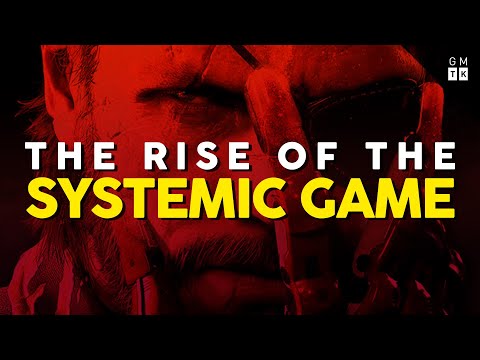 @choicehacker - your lights puzzle is amazing! With the keyboard numbers instruction (which I didn’t think was posible) you’ve created the impression of a persistent session within a visual puzzle, which is completely contrary to most of our experiences of pages of text behind turn-page decisions. That’s pretty inspiring! Shame it only works for keyboards - how is that done? That seamless transition between pages would be pretty valuable functionality if it stretched across devices.

Hi all. As a homage to the mind-boggling Missing Wings @Carlos.R and following on some of the ideas of @Charles_Parkes’ recent thread, my daughter and I added another puzzle to our game, which I wanted to share. You have got to turn off all the lights. Compared to Missing Wings, every game is different and you can choose the complexity. There is a hint system and some *script magic to let you use the keyboard directly. Let me know what you think. https://dashingdon.com/play/sciscidiego/lights-o…

Regarding what I was thinking regarding the multiple choices on the same page, if you imagine your light puzzle, a reader could be asked to turn multiple switches on the same page (so yes, combinations - which can get a bit messy to code if your provide too many possible combinations).
When I mentioned sound in that context, I was thinking that with your game of simon sound game, rather than waiting for each page turn to press another sound in the sequence, you could put three choices on the page (where there will be 3 sounds in the sequence, the reader can make their choices, then you can play the three sounds they picked after the page turn. Just speculation about the ease of experience really! I was guessing that the problem with such a set up is that sounds must play on the following page, because there is no input until the player selects their multiple choices and then turns the page?

Hi @Charles_Parkes, thanks so much! I added a few notes on the tech in my other post. See here:

Hi all. As a homage to the mind-boggling Missing Wings @Carlos.R and following on some of the ideas of @Charles_Parkes’ recent thread, my daughter and I added another puzzle to our game, which I wanted to share. You have got to turn off all the lights. Compared to Missing Wings, every game is different and you can choose the complexity. There is a hint system and some *script magic to let you use the keyboard directly. Let me know what you think. https://dashingdon.com/play/sciscidiego/lights-o…

About the multiple choices, you could make three choices and play them in a sequence, the same way Simon plays its sequence automatically. Or you could enter a string (“1343431”) in an input box and play that, one character at a time.

In any case, I have updated the UI there too, so you can just use the keyboard - do you like it? I think it feels very immediate and responsive.

Game of Simon: another proof of concept Game Development

Hi all. Stimulated by the discussion here: I implemented a good old memory challenge, the game of Simon. https://dashingdon.com/play/sciscidiego/simon/mygame/ Some page breaks are redundant, but required to play *sound right, as you can’t have more than one sound per page. If you play with the access keys, it’s not too bad. Have fun! This could be used to have musical puzzles in a game. For instance, the game could give you directions to a goal as a melody. Or, do you remember the pirate o…

@choicehacker I think that game of simon update actually works really well:) It feels really fluid. And while the appearance of the numbers may make the puzzle feel easier - I think the boost in accessibility really helps unravel with the marmite love/hate relationship a lot of people have with puzzles. For example, I actually find puzzles do break my immersion and I find myself reaching for google sometimes to progress to narrative elements. However, this puzzle just went from barrier challenge to fun for me, as I found remembering the visual appearance of the numbers in conjunction with the sounds far more memorable. So - better access for different minds = in my opinion, a better puzzle in this text game!

Cue a page of text about the type of encounter they enjoy,
Or cue a win/fail skill test,
Or cue a combat challenge
Or cue an opportunity to put an item reward they picked up earlier to good effect

Yes more of this would be quite appreciated

Understanding challenge:
(When following context, lore, or subtle themes - maybe learned on optional side paths - may radically alter a decision. Like you’ve learned that the revolution is actually being funded by a faction of the elite that is using the revolutionaries as a stalking horse against a rival, making the decision to help out more nuanced.)

If the game has a “journal” system where things you “learn” are sort of kept for reference purposes, then this could be a nice direction to go, otherwise the player might lose track of key pieces of information

I think a mix of both usually works best. For example a game where perhaps you play as a soldier, instead of having stat checks that promote sole metagaming where you have to build “just right” to go through, you could have checks that maybe go “strength>50 or strength>30 plus environment advantage”

While I do not always enjoy min-maxing characters, I also feel there should be penalties for creating unviable builds. For example in “Magium” (Another text IF game) while there are lots of different ways to progress through the game (even an achievement for never “leveling up”) your failure to build in the right way can cause some rather very serious consequences in game

Trails in Tainted Space or Monster Girl Dreams have fun combat in text form but not sure if they’d transition to these type of games too well.