Which WIP would you bring back from the dead?

Omega’s Revenge is another I’d love to bring back! It was intriguing and original. I still find myself wandering back to it. I miss it…

Journey of the Vanguard:

For nearly a thousand years, an group of heroes and adventurers known as the Vanguard have protected the people of the world of Echo. They have protected civilians in the heat of war, and turned back the tide of monsters that encroach from the Wilds. But something has happened. One of the Vanguard’s most closely guarded secrets is being turned against them, slowly but surely, and it’ll be up to the next generation of the world’s adventurers to avert catastrophe. They’ll have time to learn, to g…

I forgot the name but it was the one where half the story was about wthchunters and the other half was about being a cybernetic slave in the future I loved the idea for and the execution so would love to see that game come back.

[image] Your authors of this novel. Loki & Thor. (I’m Loki here) - Thor is the editor. I’m just including this picture till I have proper art done. Odin’s Eye is a science fiction novel with fantasy elements woven into the story. The story is set in the distant future of Earth after climate change went unaddressed. Humanity has very few options in front of it due to the severity of the weather. You play as a citizen living under a dome who has been given another shot at life. Will you bec…

@TwoSharp Wow, I just found out today that you still plan on working on For Peace We Die and I have to say I’m super thrilled! For Peace We Die was one of the first WIP games I ever played on this site and I found the game really great

The idea of playing as the ruler of a small state in a warring empire had a lot of potential. The writing was quite good too.

[image] From Ashes We Rise (FAWR for short.)

Seeing as the creator of this hasn’t come on the forums for over three months, the chance of it coming back from the grave isn’t looking so good:

Title changed from Life With ESP to The Gift:Uprising (Working Title) Hi community My first WIP is about Life With Extra Sensory Powers. Yes I know the P actually stands for perception but for my WIP its powers. Brief outline of the story. In the past the world government decided to fix a disease problem by blasting everything to kingdom come. The aftermath leaves the world in ruins. Around a hundred years later life has returned. (Yes I have heard, it sounds similar to Fallout. I’ve never …

Hey sorry, I’ve been pretty MIA. Still working on it, slow as it may be. Making slow progress.

does anyone know what happened to the Aegis Saga WIP? I thought it was going to be published some time this year?

Nest of Snakes by @OrigamiPencil is also one I’d like to read again.

There are quite a few I would bring back. Children of Iseir (throwback Thursday, lol.) I’m not usually a fan of games that start the MC off at birth or babyhood, as I think those sequences are generally exposition-heavy and rarely furthers the plot. Children of Iseir made me invested in watching the MC grow from an hour-old newborn. Despite the length of the WIP, it never once felt plodding to me.

The other is When In Rome, which makes the life of a Roman citizen interesting even to those who consider Roman history to be boring (like me lmao.) The depth of choices were fantastic, and being able to pursue different, yet fully-fleshed out careers (from poet to prostitute) felt just downright awesome.

Finally, I really loved Resonance, by @CS_Closet. Short, but it actively questioned the MC’s significance to the plot (Why are you so special and important? What does the Emperor want with you?) and the mystery of that kept me wanting more.

Honestly? I’d settle for being able to play the demos for Eight Thrones and Aeon Sage again. What little you got of both games was a wild ride from start to finish.

Also, The Future of Aliciaa was cut short very recently in a very tragic way. I wish I could fix people’s computers from far away with my mind.

A really cool author that has amazing writing ability is @Wraith. I have no idea if they still come around here anymore, but I’d really like to see From Ashes We Rise to be completed. They’re also writing another story, Second Chances, that I haven’t read that looks really good. I highly recommend these stories even though they haven’t been updated in a while as far as I know.

Careful about pinging Wraith there. They’re still fairly active as a lurker, though they haven’t posted in a while due to likely understandable reasons.

Mine is, as always, either Vendetta or the Myrmidon, fortunately neither of them are officially dead and their authors still semi-regularly visit the forums.

That’s too bad. Guess I’ll just have to keep imagining an ending for my mc and the other characters

Well, to be honest I forget most of my old favorite wip. Ther was monsters of new heaven, something about monsters in rome, some cool urban fantasy and many more… you shouldn’t lose hope tho: 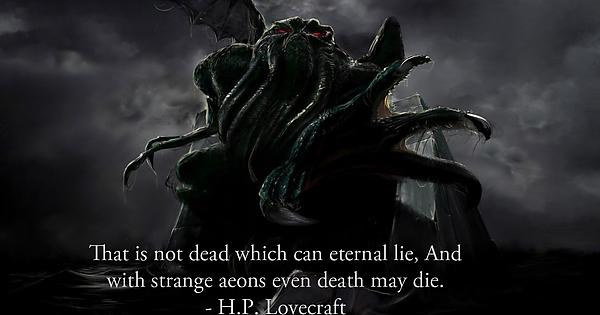 Another day I look longfully at the dead thread of From Ashes We Rise.

Man I miss going full out Jason Todd in FAWR…