Ah, it seems we see things a little differently. I see science and sci-fi as different entities, not intrinsically linked as absolutes. I think there can definitely be scientific explanation for how some things work in a fantasy and have it not be a sci-fi story.

When I see sci-fi, I think futuristic components, alien worlds, or crazy technologies and other such things along those lines.

In Wayhaven , there could very well be futuristic types of inventions that maybe the supernatural community came up with, who knows? As you said, we’ll have to see in future releases.

If I had to categorize this game, it would be under urban fantasy. You’ve got magical and supernatural creatures living in a modern world setting.

Yeah, my definition of sci fi is a bit broader and doesn’t just include futuristic/alien scenarios (although I’d argue WH now is one). The line I draw is: SF is art of possible, while fantasy is the opposite.

Again, I agree, with book 1 it’s too early to tell, so I’m eagerly waiting to see how it’ll turn out.

Does anyone able to read Wayhaven Chronicles code from chapter eight to twenty-one? I tried to follow the instruction by cut and past to replace “startup” but the website came out {“error”:“couldn’t find scene”} or we’re not allowed to read that?

Two questions: One, did you buy the game directly from the CoG website? And two, are you logged in?

To see the code pass chapter 7, both of these must be true. Otherwise you can’t see it because it’s behind a paywall.

Hmm, I bought the game from App Store actually…and yes, I logged in? I see. Thank you thou

Eppp, how can I buy the game directly from the website? ahh? Are we going straight to play online?

You’ll need to email CoG with your receipt from the App Store and they might let you access the game directly on the website. This thread has more on that.

Otherwise, go here to buy it: 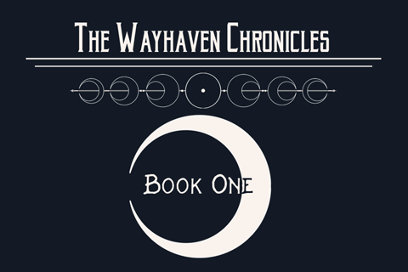 Your first case as detective is forcing you to open your eyes to a world bigger than you thought.

Thank you so much

Jokes aside, I get your point. He plays a part of creating your MC, more of less depending on your choices - but still. I hope he’ll grow on me throughout the series… because I don’t think he’s going anywhere.

So… Just wanted to thank the author!
What an amazing game, great story but most of all, I had really really fun with the NPCs. Very,very well written. Has become an instant fav.
I love it and I can’t wait for the second book! <3

I love A with my heart and soul but am I the only one who always shoots them when we first meet? It’s so satisfying, since they always think the detective is bluffing and the detective is like “lol no.” I wouldn’t do it if he wasn’t a vampire, but since he CAN heal… welp. I do avoid it when the detective is really sweet. I feel bad for them since they have hyper pain sense but hearing F’s laugh afterwards is just so worth it. I’m such a cruel player whoops whoops

Don’t worry it’s not just you. I always choose to shoot adam

I tried to pepper spray but meh.

Btw, I’m really taking interest on Agent Fuller. A demon will be a good company too. He can kill you with just a snap

I have to admit my MC from my Adam run always shoot him. XD

Me! Always, expecially if I romance him! Otherwise I go for the pepper spry… but is too good an opportunity to pass…plus I can’t resist my MC being sassy over it when UB reveal that they met at the warehouse! (I’ve never shoot A… as much as I wish too, sometimes - or something like it

I can’t help but think F. start eat pop corn anytime I start a A. run…

I LOVE shooting Adam!! It’s probably my favorite choice in the whole game, lol, but I never choose it for RP purposes.

Silly as she is, Charlotte is very methodical, and not at all impulse enough to be trigger happy. She a good cop in that she waits to act with force as much as possible, choosing instead to avoid physical altercations entirely by either talking people down or finding another way of taking down a bad guy.
I imagine this is because she’s never had to or wanted to use her gun in as sleepy town as Wayhaven.

I’ve also got the hankering to rewatch Hot Fuzz and then making a Nicholas Angel hyper-competent cop, but he definitely wouldn’t shoot anyone unless absolutely necessary.

[shakes fist at A] You may have gotten out of being shot in these playthroughs, but next time, A, next time!!! I will shoot you!!

I shoot him every time too lol. Regardless of whose’s route I’m going for, regardless if my MC is a badass or a bookworm I always shoot A. It’s too damn funny not to.

And I don’t feel bad tbh. A is kinda of an a-hole early on.

I always, as a player, want to do it because I know A will be fine and they’re a butt who needs to be knocked down a peg but neither of my MCs would be so trigger happy.

Samir doesn’t want to resort to violence period, and Rin pepper sprays him because she is calm and rational but when 4 strange men threaten to knock her out you KNOW she ain’t letting that happen without a fight. One day… one day I will make an MC who does tho…

I made A’s MC shoot him

Figured if I’m going to go that route, might as well go the whole 10 miles.

You understand my pain!!! T-T I want to join in on the fun and shoot A in the face but nuuuuuuuu my Detective is too rational for that, lol.

For me, the most rewarding with with shooting A is F’s reaction