You are a person on the run from your past, and no matter how far or fast you go, you cannot outrun your destiny. In this epic journey, it’s not just your life that hangs on the balance. Ancient artifacts of untold power are waking up from their millennia-old sleep and whoever controls them will help mold the shape of your world.

Embark on a journey of self-discovery, sacrifice, and heroism, meet the people that are bound to you through the threads of fate, fall in love or fall in despair. Will you rise up to the challenge that is to be a Soul Stone Wielder? Or will you allow the world to be shrouded in darkness? The choice is yours.

The Soul Stone War is the first book in a series that allows you to play as a character in a fantasy world, beset by your own problems, who then unexpectedly becomes a Wielder of a Soul Stone. You can play as male, female or non-binary and you can romance four different people, two men and two women, with a secret romance option thrown in. The intention behind this book is to hit the sweet spot between emotional storytelling focusing on relationships and friendships,
and some ass-kicking action!

Become a Wielder of a Soul Stone, the shape of which will be determined by your stats, and help save the world from the sinister plans of the Lord of All. Find your soulmate (or soulmates) and fight along their side in this mad race that will determine how everything ends. Your Soul Stone is waiting for you.

my name is Morgan and I’ve been a lurker on this site for some time. I absolutely love interactive fiction and this is my first foray into actually writing a game myself!

I’ve loved writing about fantasy and romance since I was a teenager and I’ve been sitting on the idea for this book for almost 12 years.

I wrote it as a novel first, but seeing as this is a series, I never went further than book 2. And then I discovered interactive fiction and something clicked.

I love writing romance and focusing on character relationships and emotions, but I like having fun with epic battles, magic, and all-powerful weapons too! So I’m hoping that I can combine my love for these two things into a book/books that has\have both.

These are the main features:

So, I bit about the world. The Soul Stones are artifacts that were created by the dragons in a time long past and which manifest as semi-precious stones to the naked eye.

However, the Soul Stones are more than just pretty trinkets. No one is exactly sure, but it’s known that they grant their Wielders mythical power. Once a Soul Stone senses a suitable Wielder nearby, it binds itself to the Wielder’s soul and takes on the form of a weapon. There are many Soul Stones scattered around the land, and no one has tried to collect all of them. Until now.

Also, I feel I should warn you that there are mature themes in this book, situations described that people may find triggering😥 They can, however, be skipped if so desired. I’ll say which the specific instance is under the spoiler tag. Protect yourselves first, good people!

If you choose the Harvest’s Bounty background, it features a rape attempt. It does not succeed and it is not graphic, in fact, I tried to make it as vague as I could, but it’s still there. If that is triggering to you, please, for the love of God, CHOOSE ANOTHER BACKGROUND!

As far as the romances go there are four options:

This is about it, I think! The link to the demo is this redacted

I have written 4 chapters up till now, and you get to meet Straasa, Morkai and Daelynn in them! You also get your first glimpse of Eledwen! These 4 Chapters make the full demo, so after that there will be no more updating it.

I hope I can write out at least 2 chapters per month until the book is done. I’m seriously hyped for this!

I’ve proofread it to the best of my ability, but I’m sure there are things I’ve missed. Please let me know if you find something, and I hope you’ll give my game a chance!

Also, this is my tumblr in case you want to send me any asks: https://intimidatingpuffinstudios.tumblr.com/
I also have a Ko-Fi account where I take commissions:https://ko-fi.com/H2H0TR8M
Also a Patreon if you’re interested: Intimidating Puffin Studios is creating Interactive Fiction Games | Patreon
The official Discord server: https://discord.gg/MuMg3H9
Cheers!

Update April 6th: I have made some corrections to the demo, added one or two options that were missing from a couple of conversations AND added an important script to Chapter Two. You won’t be able to play Chapter 3 correctly without it, so you’ll have to replay Chapter Two to make sure you have it. Sorry for the inconvenience

Update April 11th: Chapter Three is out! The story continues and our friends get to meet the third companion in the game, the elf mage Daelynn! Hope you like it!

Update May 2nd The Full Demo is out! You get to talk to Daelynn and you get your first glimpse of Eledwen!

Update May 3rd Bug fixing, typos and continuity errors fixed, also the scene with the bad guy a bit changed if you try to skip the questions!

Update July 19th Bug fixing, typos AND the friendmance options have been added for all routes!

Hell, I just read the intro/summary and I was already hooked!

Hahaha, I was waiting for someone to get that! I am a HUGE Dragon Age fan! And Mass Effect! Also, the other swear words are from sci-fi shows I love! Let’s see who gets it all🤣

This pleases me sooo much! I hope you’ll like it if you play the demo too!

Could there be a blonde hair option?

I have a strawberry blonde one in, I think. I could take the strawberry part out so that everyone can imagine whatever shade they want. Would that be okay?

The demo is looking to be really solid, with absolutely no grammar mistakes at all yet. I really like the writing, keep up the good work!

Thank you, I will! Phew, boy am I glad about the no mistakes part. I can get very picky about posting stuff with mistakes in… I drive myself mad actually😅

Andraste’s Knickers - Dragon Age
Frak - this is actually a word, so it’s a bit tricky. Erm… Battlestar Galatica?
Frell - That one is new to me.
Kark - It couldn’t be… is… is this… is this from Star Wars?

There are two repeated sentences in different scenes:

Well there’s a light brown and dark brown option. Maybe replace one of those or just change the strawberry blonde option like you said.

It’s true, I sometimes do this to avoid getting too stuck up about making all the different scenes absolutely different. But if you caught it, then it means it’s too obvious. So I’ll change it. Thanks!

This game is looking really amazing so far. The only criticism I have would be the lack of choice when it came to how to feel or what to do about getting pet by some random dude. I have problems with being touched and that really just made me want to sock him (Not that I think the MC could land a hit on him at this point but…)

@grimbutnotalways Which dude are we talking about? Morkai? Because you will get to tell him to stop the touching later on if you want! Sorry you got triggered😥

“No, not really. Just throw her another coin pouch that she won’t take and let’s be done with this,” is the acidic reply. 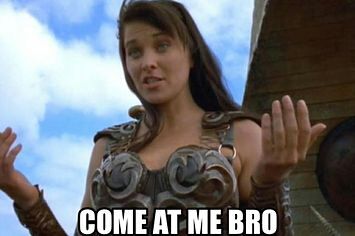 no seriously , can I hit this idiot ? companion that I’m gonna hate : Found!

I,m guessing something is buggy here : “She false the one that false too much pride. Doesn’t know when to accept help,” was the belligerent answer.

Oooh, you got all of them but one! Color me impressed👀 Frell is from Farscape!

since you are stealing from others frenchise…can we have Malaka?

Oh yeah, that’s him alright. He’s… an acquired taste… I’m not sure about hitting him, but you will definitely get to tell him off! And yes, that is a bug! Thanks for telling me!

Hmm, I could, but malaka is more like saying like saying that someone is a jerk or something like that, right? While the one I want to use is the equivalent of damn.