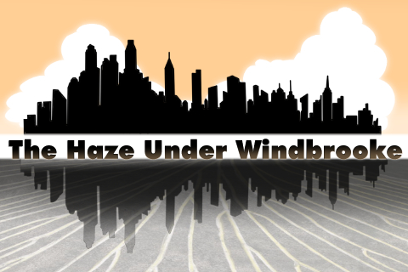 Struggle to balance a normal life while you investigate strange creatures, and the malevolent fog that hangs over your city.

This is a spinoff to my last gamebook The Vampire House. You play as a different character in an entirely new setting as you investigate a strange fog corrupting the city you live in.

You can choose between playing as a human, werewolf, or vampire character. You spend the game developing combat skills and improving your friendships with allies who assist you in clearing the fog.

I’m hoping to have this game finished before the end of this month. I’m in a very fortunate position right now, and only have to work part time at my current job, so I’ve got plenty of time to work on this.

Thanks for reading my post, and I hope you enjoy the game!

119 Likes
The Haze Under Windbroke may be releasing on 3rd August
The Celestial Maidens Updated 12/16/17
Hey, what's that game? -- A thread for identifying ChoiceScript games
Harley_Robin_Evans August 9, 2017, 8:42pm #2

Is this game short
I hope it not too short

How short is short for you?

I haven’t taken inventory of my current word count across all files, but I could take a few minutes to do that.

OMG yes!! I played Vampire House and loved it. I remember playing the old WIP back then for this. Glad to see it’s back!!

It’s been quite the hiatus. I kept working quietly, mostly just posting about it on Twitter. It’s good to be back on these forums. It’s been FAR too long.

Glad your back can’t for the release!

Been a while since I’ve heard from this work, look forward to future progress

wow is good to see another game of vampire house ( that game have my respect ) and you post this WIP before right?

So what heroic forms are you folks thinking about adopting?

My first thought, based on the weaponry, is an angel.

I always get @OdicHastings confused with @Seraphinite because you both have quills in your profile pics.

IT’S ALIVE! I’m so glad this is back!

nice story. I am really liking it.

So I just played it so I have a couple questions

IT’S ALIVE!
Glad to see this WiP rising from the ashes

wow is good to see another game of vampire house ( that game have my respect ) and you post this WIP before right?

Yeah! I had this up a while back before I took a hiatus.

So what heroic forms are you folks thinking about adopting?

My first thought, based on the weaponry, is an angel.

It’s one of those things that’s still up in the air. An angel wouldn’t be a bad one for the human route. We’ll see where this goes.

So I just played it so I have a couple questions

The magic system has changed to potion creating why?

Are the seraphim like thing and the shadow lady are they gonna be big players in the haze effecting everyone?

Our parents are alive, not sad but just want to know why you changed it so that they live

When I initially made the magic system, I wanted there to be puzzle solving. However, I eventually realized I just wasn’t capable of pulling it off. It took far too much work, and added too little to the actual gamebook. But, I still wanted Raven to teach you about magic. In fact, I even laid the groundwork there for your character straight up learning magic. Unfortunately, I had to nix learning magic too due to time constrains

The seraphim may make another appearance, but it’s not going to be a major character. It’s really only relevant in the human route since it empowers you. The shadow lady definitely will be important since she’s currently the only character that’s aware of who the real villain is.

The parents are alive now because when I thought it over, I realized there was basically zero emotional impact. I wanted the parents death to be important to the story, but… then I realized they kind of weren’t. You as a reader, don’t even get to know them before hand. To the audience, they’re nobodies who’s deaths would have zero impact.

Making them join one of the two extremist groups though? Now that seemed like it could be interesting. Especially since both groups have a noticeably villainous flavor to them.

Great story keep at it bro!

I see there are 2 homosexually RO and two Bi RO, are you going to add straight RO too?

Did I not have any other straight RO? Huh. I didn’t even notice I did that.

one question! if we become werewolf do we have to join the mage group?

You don’t have to actually side with anyone, though they are guaranteed to be your first point of contact between the two extremist groups if you’re being a werewolf (and you didn’t hide your condition from Raven).

You are stuck pretending to be one of them until you have a chance to break away though.

That said,cozying up to both is somewhat necessary to get the good ending.