The Golden Rose: Book One by Ana Ventura

There will be a point where you “lock in” a relationship. You’ll commit to your RO, and in turn, they swear the same to you. The conversation, the tokens used (if any), and when it happens all depend, of course, on the RO.

That’ll pretty much block all the other romances but, honestly, at that point, those romances would have been blocked anyway. The characters aren’t dumb, they can see where your affections lay, and while some might not care in the beginning, as things progress, none of them wants to meddle between two people in love.

If you’ve kissed Hadrian or Alessa in front of Lance, for example, will already have an impact on a potential future romance with him — it’s not as if he’ll suddenly forget.

And even after those “lock in” points, I’ll probably add the option to break up at key moments in the story. Or the ROs can break up with you if you do something that goes completely against what they stand for.

But, until then, I’m not going to lock choices. You can flirt with multiple people, you can try to keep it a secret or not care entirely. The only thing I’ll say is that there will always be consequences to your actions. That’s it.

You can flirt with multiple people, you can try to keep it a secret or not care entirely. The only thing I’ll say is that there will always be consequences to your actions. That’s it.

I would hope there will be consequences for one of my mc as they flirted with Alain and kind of comitted themseleves to hadrian.

They also have the note given to them by Alain so I am wondering if Hadrian ever finds out about that? I was hoping for some kind of reaction from my ro when I presented them with the handkerchief as they may think that I caught the eye of some fancy noble.

Heavens, my main character is insufferable. He would drive me nuts if I knew him for real. All that snark, the weird and frequent mood swings… I love him for it. This is so much fun. Together we rock being exasperating.

Hahaha! He would quickly become the target for my MC’s jokes. He loves to tease such people 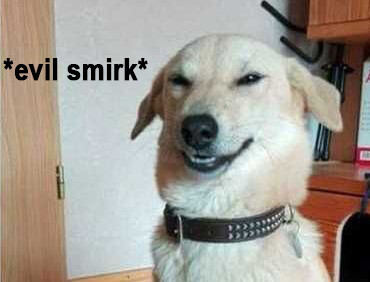 Can someone tell me what happens if when you’re about to kiss Hadrian (or Alessa, I suppose?) you choose the “I can’t do this, there’s someone else”. Because I was tempted to choose that with Hadrian/Alain bc I really can’t choose right now and neither can my MC

but I don’t know if that choices means you end any kind of romance with Hadrian.

I REALLY CANT CHOOSE YET

Can someone tell me what happens if when you’re about to kiss Hadrian (or Alessa, I suppose?) you choose the “I can’t do this, there’s someone else”.

It ends the relationship… All I wanted to do was look at the stars.

Okay then… I won’t choose the kiss but continue the romance normally and see what happens in Book 2. I’m scared

He would drive me nuts if I knew him for real. All that snark, the weird and frequent mood swings… I love him for it.

Hmm! Now that you mention it, @Tarlonniel , they would probably be… well. Compatible.

I’ve literally restarted the game like 20 times because i can’t choose​:sob: 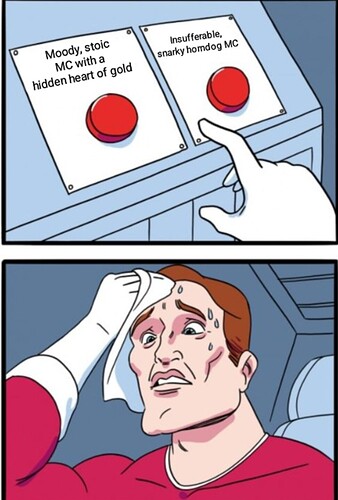 I had to play it twice in a very short timespan; one of the reasons was that I couldn’t choose between exactly those types of characters! I just had to try both.

You’re absolutely right. Thank you! You should definetly be nominated for “best answer 2022”!

My combat stat is just 43%, that must’ve been the reason obviously. 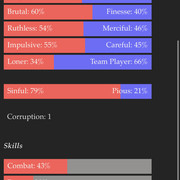 It does end the relationship, but hey, at least you get an extra scene with Lance?

No, but in all seriousness, I have to put those kinds of breaking points in the romances. Both for the reader’s sake — what if you realize you just don’t want to romance that character anymore? — and my own sanity with code.

There’ll be some other instances like this one, where choosing to go away from a love interest that very clearly wants/needs you will have the relationship end. I know it’s not “realistic”, in the real world we wouldn’t break up because you wanted to see the stars or needed a moment alone, of course. But this is a game and there are limitations to the number of variations I can write.

It seems like the author took a more realistic approach to combat. You won’t be felling armies with a stroke of the blade anytime soon.

Yes, there absolutely won’t be a scene where it’s you alone against an army and somehow win unscathed. Being outnumbered, even when it’s “just” two to one is incredibly disadvantageous. If your adversaries know the bare basics of combat, you are, simply put, in trouble.

In a fight to the death, there aren’t rules. They will swarm you. The MC can fight against multiple adversaries throughout the game (and you’ll be able to fight more), but they aren’t just cannon fodder. The guards are trained in combat and wear heavy armor, you won’t just defeat one with a flick of your wrist.

It’s a high contrast with those poor bandits at the beginning, where you can defeat multiple fairly easily. Except Will, of course because he actually knows what he’s doing.

The MC, even with low Combat stat, is canonically a good fighter. But I really didn’t want to make the combat movie-like. Even when you win, you’ll struggle. Because that’s what fighting anyone older than a toddler feels like.

And @Redey3 I appreciate all opinions, but it seems this topic is starting to get personal. @MoSalahscores was simply trying to help, there’s no need for sarcasm.

You’re absolutely right. Thank you! You should definetly be nominated for “best answer 2022”!

A gentle reminder to keep your tone respectful in this forums. It’s already hard to tell in text if a post is sarcastic or not so be mindful on what you post. We also encouraged not to reply if you find a post offensive and simply flag the post and let the mods handle the concern.

Hope for everyone’s understanding on this matter!

Just played through this first time, and Maker - I feel like this lived up to a hype I’ve witnessed here. I only found out about the game after it had been published, so I was admittedly a little hesitant, uncertain whether it would be as good as everyone claimed it to be, worth the full price.

They were so, so right.

I loved the characters, with a special hearteyes for my beloved Hadrian. The story genuinely kept me on the edge, and left me wanting more. Finally, the length. While reading, it felt long, but never once did I feel bored or that it was too long. I know there were plenty of choices which did not matter per se, but I felt like my character/world got fleshed out more and more by them and of course, by plentyful possibilities of exploration.

So… @Anathema. Thank you, thank you and once again, thank you for this wonderful game

While everybody else is gushing over Goliath, I know I cant be the only one that would love to romance Captain Cynthia. I guess I just have a thing for unhinged and crazy romance options. Jun and Junko from Soh really awakened something in me lol. It was a shame that Neia was only for a female mc as she has that same type of energy. Cynthia however, seems like she has an even bigger dark side than Neia. And, as much as I loved Alessa, I really cant get over how attractive the Captain is. Strong dominant women are my personal weakness.

Eh…Goliath only sweet and gentlemanly over lady mc. Us dudes mc are only punching bag for him

so eh, Hadrian is enough gentleman and sweet to me. I’m happy with that.