"The Day After Ever After" by Matt Simpson 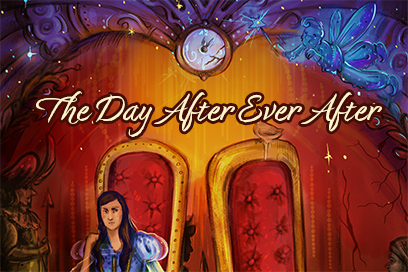 Play as Cinderella or her prince in a new twist on an old tale. You can usurp the throne, tear down the monarchy with a bloody revolution, and do just about anything you want to change this fairytale world you only think you know. It's 33% off until November 10th!

Explore a fantasy world filled with intrigue, danger, humor and magic while you navigate your royal role by continuing where the original story ended. Will you choose to take on the role of Cinderella, the classic character whose journey from peasant to princess is as fast as it is unexpected? Or perhaps you will experience life as her prince, a man born into power and privilege trying to find his way both in love and life outside of his father’s shadow? This is the first of many choices that could lead you to find love, win control of a country, or even alter reality itself!

The Day After Ever After is a 207,000 word interactive medieval fantasy novel by Matt Simpson, author of The Parenting Simulator, where your choices control the story. It’s entirely text-based—without graphics or sound effects—and fueled by the vast, unstoppable power of your imagination.

Matt developed this game using ChoiceScript, a simple programming language for writing multiple-choice interactive novels like these. Writing games with ChoiceScript is easy and fun, even for authors with no programming experience. Write your own game and Hosted Games will publish it for you, giving you a share of the revenue your game produces.
46 Likes
Dingo's Reviews (In progress - Freshman Magic: Spellbooks and Tangled Sheets)
Eric_Moser November 4, 2022, 1:55pm #2

I’m about halfway through (I think) and tremendously enjoying the vibe, the narration, pretty much the whole story.

I hate my stepmother so much.

Congratulations @hustlertwo, I only tried this when you started this and though it was fun I got side tracked

Thanks for the heads-up, @Empress_Nightmare and @Eric_Moser , my release-day brother. Glad to see it make its way, and while the free release method is a bit untried for a game of this length lately, I figure we’ll see how it goes. I hope y’all enjoy it, and feel free to message me directly about bugs and things to alleviate pressure on the support line and make for a quicker response time.

Oh, if anyone would be so kind as to respond to the original Nuclear Powered Toaster release thread from all that time ago, I have something to say in that as well. I can’t bump it, not able to add another response (apparently the system limits that, who knew?),.

resist temptation and find a new life as a demonhunter,

And of all the premature end states (and there are many, oh so many), that was arguably my favorite. With a matching achievement and nod to a certain pair of demon-hunting brothers (and their car). Either that one or the one with the prince’s stalker.

Congrats on the release! I remember playing this when it was still a WIP, it was a nice read. Will give it another go if time permits.

Also there’s a typo on the site version (bullet point that shouldn’t be there) : 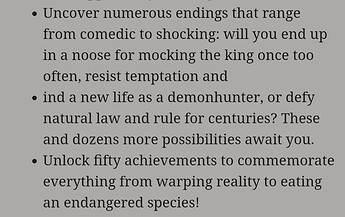 Please send that one to the support email address, actually, since I don’t have access to make changes on the promo side of things.

Thanks for both checking it out and finding that typo. Please send that one to the support email address, actually, since I don’t have access to make changes on the promo side of things.

To promote this story, and because I am a glutton for punishment, I am doing an AMA (ask me anything, for those who aren’t on Reddit enough/have a fulfilling life) on the Hosted Games subreddit, for anyone with burning questions about me, my work, or my obsession with a long-abandoned card game. Link is here: https://www.reddit.com/r/hostedgames/comments/ym0vny/to_promote_the_release_of_my_third_story_the_day/

Sounds interesting. I’ll definitely give it a try once I find on Google Play

The Day After Ever After 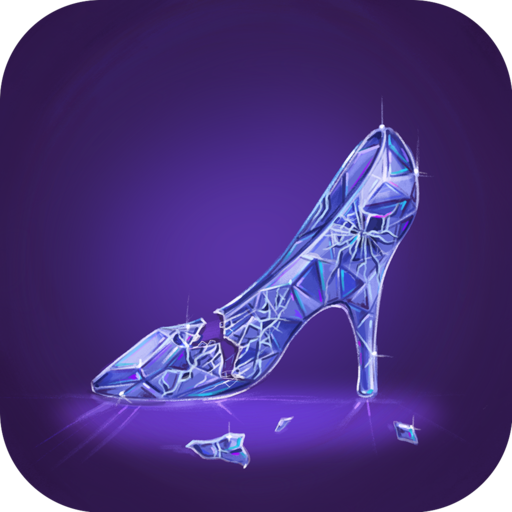 Weigh decisions with care; will you favor the people, the king or your love...

Wow at last the Game release

Hooray! The Nuclear Powered Princessing Simulator is out. Now I have something to play on my flight home.

Certainly that was a close second for the name options for this title.

will the game be available on steam later or nah?

I would love to see it on Steam, but it would have to sell enough to merit the company rereleasing it on there, as they did with Parenting about 8-9 months after it first came out on the other platforms. So to some extent, whether it makes it to Steam is up to all of y’all.

Cinderella was one of my favorite MCs to play as thanks to the lighthearted humor and emotional depth of this world you built. I hope Fiji will make a cameo in future stories!