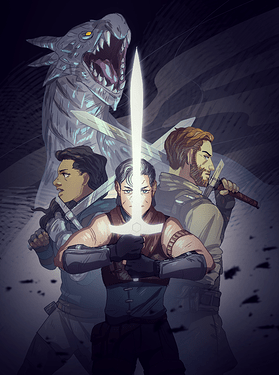 SOTS_wip3727×972 728 KB
You are a homeless orphan on the streets of the ancient city of Targas Adur, a place of old gods and dark monsters, ruled by a secret cabal of immortal sorcerer-kings. Your life changes when you hide in the catacombs under the city, fleeing from the royal guard, and find a sword. The weapon speaks to you, and when you take it up, you become the last in a line of monster slayers long thought gone from the world.

It is your task now to figure out what to do with your newfound power. Do you follow the whispers of the sword about your destiny, or do you fight to bend the weapon to your own will? Do you seek mastery of the sword by studying arcane arts, or by finding someone to train you in battle? Do you fight the monsters of Targas Adur to defend the people, to enrich yourself, or to feed the dark heart of the sword you wield? Are you destined to break the rule of the sorcerer-kings, or become one of them?

By S. Andrew Swann, author of Welcome to Moreytown.

Email me, jason AT choiceofgames for access. DO NOT SEND ME A MESSAGE THROUGH THE FORUM MAIL SYSTEM. When you send your EMAIL, include your forum-name, your real name, and the game you want to test.

DO NOT POST ASKING WHAT MY EMAIL ADDRESS IS. The first test to becoming a beta tester is inferring what it is based on the above paragraph.

(You cannot be testing two games at once. Send feedback on one and you can apply to another.)

I will send you a link, a username, and a password.

Return feedback TO ME. Preferably part of the same thread, rather than a new email.

For these low-level issues, SCREENSHOTS are VERY HELPFUL. If you see a problem, take a screenshot, or copy and paste the text that is in error, and email that. Also, the “BUG” button is great; but if you use BUG, make sure to say in your email who you are, so I can give you credit for the report.

“Mid-level” feedback describes things like grammar, style, or the use of commas. As I said above, I do not want mid-level feedback. In particular, DO NOT WRITE TO ME ABOUT COMMAS.

“I had a great time and saw only a few spelling errors,” is not useful feedback. In fact, it’s the sort of thing that results in you not being given access to future betas.

Some examples of useful feedback:

In Choice of the Dragon, you get to choose what type of wings you have: leather or scaled. Someone wrote in and asked about having feathered wings. Great suggestion! Done!

In “Demon Mark: A Russian Saga” several people commented on how the PC’s parents were unsympathetic, so the authors added a choice or two to deepen the relationship with the parents in the first chapter, to help better establish their characters.

Similarly, pointing out a specific choice and saying, “this is who I imagined my character was at this particular moment, and none of these options seemed right for me. I would have liked an option to do X instead,” is really helpful feedback.

Another useful piece of feedback: if you choose an #option and then the results of that #option don’t make sense. Like, if you thought an #option might test one stat, but it seems to have tested a different one.

Remember to clear your cache or use an incognito window to get the latest version.

If you haven’t heard from me yet, please be patient.

If you want to get into the queue, it’s still open.

I never realized it before, but S. Andrew Swann is the same person who wrote the extremely popular SCP-001 entry, isn’t he?

Since it’s my first time beta-testing a game, I have a question… I hope it’s the right place to ask it!
Do I play the game as I normally would and give feedback on my playthrough or do I play it as many times as possible, trying out paths I wouldn’t normally take and then, give feedback on all of them?

Whatever suits you–some people do multiple playthroughs trying different things, some do a more natural “how I would normally play” run. Any which way is fine, as long as you have some feedback to submit (see top post describing what we look for.)

We’d welcome any feedback you have on the save checkpoint system. Is it working for you? Is every chapter too frequent to save? Did you die early in the game and reload, etc.

I died in the epilogue (or was it he last chapter?) and with the current save feature I could only get back to a point after the last important decision I made which got me killed…I tried all the other options after that and ended up with the same result. So it would be really great if, at the end of the story, one could choose which chapter to get back to…would that be possible?

Sure, it’s possible, but hard to know after the fact of your playthrough and without screenshots. If you do play through again and submit more feedback, feel free to include that kind of info. (I was more asking folks generally to include this feedback, not to start a discussion here. Generally the beta thread is not for discussion or questions, it’s just to post updates.)

Can we become EVIL??!

Sorry first time beta tester. Question do we submit feedback as we play and notice them or do we have to finish a playthrough then send all the noticed issues.
Wouldn’t want to spam…

Personally, I send everything I find in one sitting in a single email. Usually that means one or a couple playthroughs.

One email is best for the author usually. 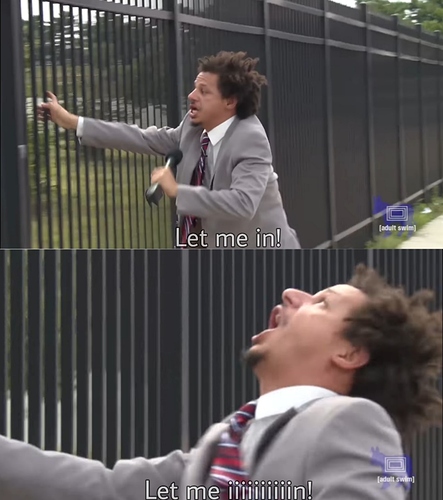