Money well deserved. That second guy seemed to play similar to me - making ‘not good moves’.

Haha xD yeah, kids are too impatient. He had so much time on his clock but didn’t use it.

M8 this is freaking awesome. Great job. I’m very glad to hear about your return and your cow story already seem great. And congratulation on winning that chest tournament!

Did you consider the point of view of a dairy cow? I heard things about the dairy industry that is just as bad as the meat industry.

Yeah, girls will play as dairy calves, boys will play as veal calves. And yeah, dairy and meat are connected industries and both horrible. Animal agriculture is founded on rape, slavery, torture, infanticide, environmental destruction, and brutal slaughter.

Reminded me of problems from the tactical trainer from chess.com

It took me a while to figure it out, but I ended up doing the same sequence as you with one small difference. On the last move, instead of moving the rook at e7 to threaten the bishop, I moved it at c8, in order to threaten the rook.

I’m curious to know why you went for the bishop instead of the rook for a finishing move. Do you end up with a worse position in the long run if you take the rook?

I have a Gold upgrade on chess.com which is where I do most of my studying.

Wow, Rc8 is an even better move. I would have played it if I didn’t miss it.

either way he would have resigned, but that’s definitely the more accurate tactic.

Congrats on the chess victory, Sam!

Looking forward to seeing what you do with the new laptop.

Thanks! It’s been a million years since I’ve written, so I’m excited to get back to it. Plus this big tournament gave me extra experience for writing Chess Master.

Yay! Congratulations on winning and getting a new laptop (am I too late?).

Nope, not too late! I haven’t got the new lap top yet, unfortunately, but the extra money certainly makes it more likely that I will soon. I’ll let you all know when I get one and start writing again.

Another chess update, everyone: I’m still in shock, but I just beat a National Master in a chess game for the first time ever! It was in a postal game that lasted several days, and today after a long struggle, he finally resigned. It was a very strategical game where there was a lot of manuevering. Out of the opening, I managed to damage his pawn structure significantly, but then I missed a threat that was three moves deep and ended up dropping a pawn. At that point, though, I still had a better structure and managed to make my pieces more active than his.

Objectively, the game was drawn, but the Master wanted to press for the win because I’m a much weaker opponent in general, so he declined all three of my draw offers. However, this caused him to overstep in a position where no advantage was to be found anywhere for either players and he blundered his extra pawn. This allowed me to invade with my pieces and his own passive pieces and horrible pawn structure forced him to resign or face a slow, painful defeat. You can view the game here where I’ve provided commentary. I hope you enjoy!

This may be my only win against a Master so far, but there will be many more to come! Plus this was the same NM who defeated me in only 6 moves in a simul a while ago so I got my revenge.

Also, on another note, I haven’t been able to get a laptop yet because my bills all piled up this month but I’ll probably get one in May and then resume writing my stories.

Alright, everyone, I finally got my new laptop so I’m going to start writing again, beginning today. I’ll be dividing my time between Chess, Kepler, and Bovine, so progress will be slow but steady and each WIP will get attention.

Since I’m now focusing most of my time on my chess instructor job and studying chess, I plan on only writing a humble 500 words per day, but you can expect a new update for each WIP every couple months or so.

On July 16th and 17th, I participated in the annual Kansas Championship, which is a great tournament with a cheap entry fee, decent prizes, and a lot of fun to be had. I went into the championship expecting and hoping to get at least 3rd place in the Under 1800 section, but I didn’t perform as well as I had planned and came out with 2.5/5 points.

It also might interest you to know that the 1330 opponent that I played against was blind, so it was a particularly interesting experience. On a finishing note, you can view my best game (against the 1615) from the tournament here on my blog, where I’ve added some commentary. I hope you enjoy! 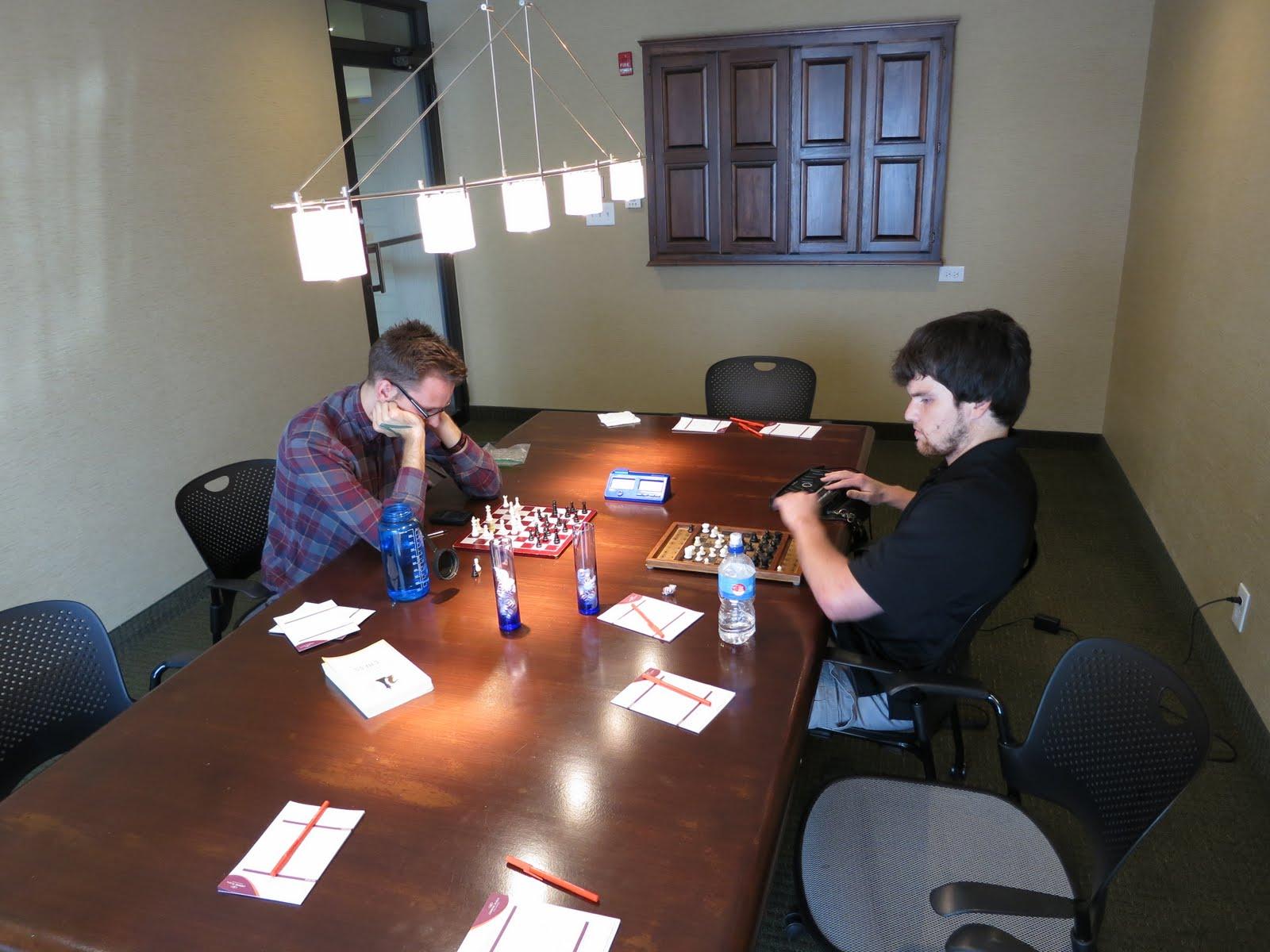 I got 2.5/5 points in the Under 1800 section of the Kansas Championship

On July 16th and 17th, I participated in the annual Kansas Championship, which is a great tournament with a cheap entry fee, decent prizes, and a lot of fun to be had. I went into the championship expecting and hoping to get at least 3rd place in the...

Congratulations, Sam – even if it didn’t go quite as well as you’d planned, that’s still a good result.

Thanks, man! I’m gonna play in another big tournament in August and hopefully I perform better in that one.

Bad news, everyone. I logged into my Dropbox the other day and every single one of my files are inexplicably gone. I tried using multiple devices on both the app and website but couldn’t access any of my files. So right now, this means that 4 years of writing are gone. Trial of the Demon Hunter, Captive of Fortune, Mabelin and the Demon Trials, Colonising Kepler 62e: Paradox, Journey of the Chess Master, Transitions of Power, and Winter of the Bovine, and everything else.

The worst thing about this is that Dropbox has a deplorable help system: it’s all automated. So until I can figure this out, my writing hiatus will continue.

Are you using Windows XP?

I just received a notification that all Dropbox connections with Windows XP have been severed. You have to update to Windows Vista or later to reestablish desktop access.

Don’t panic! I’ve found dropbox great for storing backup copies of everything I’ve ever uploaded there so I doubt that your work is gone even if it’s currently inaccessible.

If you go through the help system you can finally get to a contact form in order to send them a direct message.

I tried to access the dropbox forums but my antivirus is preventing me from visitting but that’s another place you could go to for help. There might be someone else there having the same issues.

I got that notification, too, and I thought that might be the cause. Like you said, though, it should still be visible on non XP devices, but it’s not. I’ll see if updating my laptop works, though.

@FairyGodfeather
I found what I thought was a help form that would be sent to a real person, but I got an email back saying all their customer service is automated, which is really disappointing. I’ll check out the forums, though.

I did contact Dropbox a few years ago (just checked and it was 2013 and was concerning an error a few of us on the forum were having) and I got an almost immediate response from their technical support. That said they didn’t respond after that, sent me a “I’m sorry we couldn’t help you” email a few weeks later. I think the issue I had did end up righting itself.

I wouldn’t have expected you to have the problem visiting the website.

Good luck with the forums!