Moving on to your specific thoughts…

Wow. Firstly AMAZING feedback. You kind of opened my eyes to a whole level of thought about it that, quite frankly, I hadn’t even considered. Different clothes for different situations, disguises, reactions to clothes… I’m completely split now whether to go down the rabbit hole or avoid it. I’m thinking it could be a massive amount of work with a payout for a percentage of the player base, whilst the other x% won’t even notice it. Gah… I dunno. I really dunno. I might concentrate on finishing the chapter first and then see how I feel.

Seriously though, some of the most eye opening feedback I’ve had in this thread. Thanks

I can definitely see this on some of the meatstacks

A question about the games lore: when you transfer meatstacks, is it a copy of your consciousness or is it actually the mind of the person transferring bodies?

Did we die at the beginning and then pick up playing as a copy of the person we just were, or are we still the actual same consciousness in a new body?

A question about the games lore: when you transfer meatstacks, is it a copy of your consciousness or is it actually the mind of the person transferring bodies?

Did we die at the beginning and then pick up playing as a copy of the person we just were, or are we still the actual same consciousness in a new body?

You can actually discuss this with the doctor at the beginning

Oh yeah I did see that, but I’m afraid it didn’t clear it up too much for me hahaha. The doctor both mentions ‘copying your binary based soul’ and then boils it down to “you go in one end and out the other”. Which I mean, I’d get why they wouldn’t want to tell you “well you are going to die but an identical mind copy of you will move on”

So unless I’m misinterpreting it, you die and then take over playing a ‘separate but equal’ version of the person you just were?

But does the soul is the same?

Yes! Exactly! If you describe the outfit by which articles of clothing it actually contains, a player may wrongly assume it falls into a different category, then be surprised when NPCs don’t treat their MC the way they expected. For example, if black leather and chrome chains are haute couture in the future, an MC who wears them into a seedy dive bar not only will fail to blend in, they’ll attract all kinds of unwanted attention—perhaps even an attempted mugging or kidnapping! Likewise, if loosely-fitted cotton clothes in bright colors are street punk fashion in the future, trying to wear them somewhere classy will bring the security guards down on the MC’s head!

I like the inversion and you make a good point about the possible shifting fashion sense of the future generations. Still given a choice most of my cute mc’s will go for the black leather and for this game since I get some Matrix-esque vibes from the fight scenes I want a badass black (leather) longcoat for my synth mc. Besides looking cool it should have quite a few pockets to put stuff in.
If you want to keep it basic just include an option for dark (leather) clothing and boots. Similar with the other styles and let our imaginations do the rest.

Sadly, this is probably true. As much fun as dress-up games can be, I don’t think it really fits what you’re aiming for to add a complete one here.

Take a look at @Snoe’s game, “Freak amidst the neon lights” which offers very good style choices for the mc, but doesn’t go into much detail about the specific pieces of clothing beyond some flavour text in the shopping scene in order to show what sort of things are generally considered to be part of each style…

Make that dark prototype combat armour over a long-sleeved black shirt or turtleneck for me. Urban camo is overrated, imho unless the city is as shot-up and devastated as the combat zones in the Middle-East.

Nothing wrong with black cargo pants, though I my preference would veer towards sturdy black (leather) motorcycle gear and black leather combat boots. Sneakers with no steel toe or sturdy soles don’t offer as much protection.

Well, i the mission requires a certain disguise then I guess that’s necessary, though I would argue for allowing the mc their own, idiosyncratic style outside of that.

The body is the same

The body is rather different and the mc here does have significant memory issues.

Urban camo is overrated, imho unless the city is as shot-up and devastated as the combat zones in the Middle-East.

Its for the looks, brohamski! (I’ll stop).

Well everything is for the looks, unless its mission specific and outside of its looks urban camo is only effective in very specific situations.

The body is rather different and the mc here does have significant memory issues.

But dang, you ruined my poem!

Well everything is for the looks, unless its mission specific and outside of its looks urban camo is only effective in very specific situations.

True. But, why turtle neck? Nothing says “I’m not a badass” more than wearing a Spongebob meme. 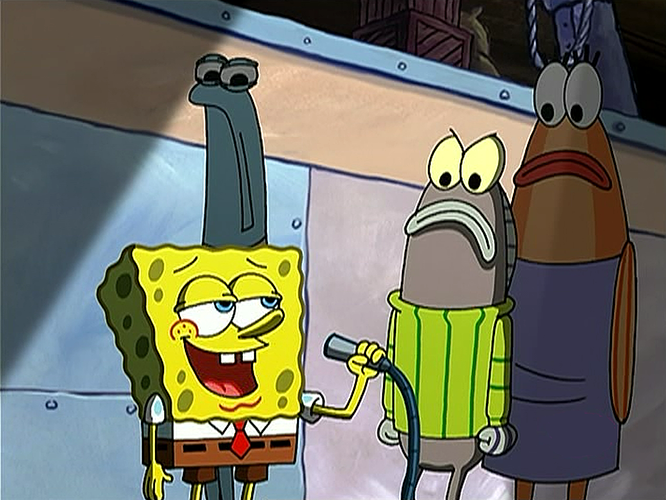 True. But, why turtle neck?

It needs to be black too. Nothing says suave spy like wearing stylish black turtlenecks on missions.

It’s a very important difference, the darker the black the classier the occasion.

If fashion here is anything like Mass Effect then future dark tone business-wear would also be appropriate for my synth.

Oh yeah I did see that, but I’m afraid it didn’t clear it up too much for me hahaha.

I believe the doctor should tell you that he kills the former copy of you - is that what you’re not clear on? If so let me know and I’ll see if I can make it more prominent.

It needs to be black too. Nothing says suave spy like wearing stylish black turtlenecks on missions.

And the award for the best TV reference goes to…

No that clears it up, I think I just missed or skimmed over that specific part on accidentwhen I went through it the first time, thank you!.

No worries thanks for the feedback!

Sometimes life just has a way of getting in the way of writing. Pretty much shaken the bug but girlfriend has been in the hospital for the past 3 days with something worse. She’s back home today though yay!

Despite everything I’ve managed to get a good few hours in. I’m going through one of those phases where I hate my writing but pushing on, I just keep telling myself I can always go back and rewrite some of the bits I don’t like.

The first half of Chapter 2 is proving longer than I’d anticipated, it may actually be the whole of chapter 2 at this rate and then I’ll reorganise Chapter 3 so pacing works a bit better. We shall see. Still so much to do though.

Ohmygosh! I hope everything is alright!!

Take time for you and her, we’ll be (im-)patiently waiting!!

Thanks, the pain is a lot better and her blood tests have been improving but they still don’t know exactly what is going on. Just hope she keeps on improving now, she’s had a rough time of it recently

We’ve got the weekend together as she’s no longer working this weekend (obviously!) so looking forward to some time together outside of a hospital. She’s taking plenty of naps all the time so I’ll chip away at this as a distraction when she does

To keep people up to date progress has pretty much halted over the last month or so. Partner is doing much better at the moment but still awaiting tests but with everything going on with that and life i’ve just lost some momentum on this. It’s recently started to burn again in the background, I’ve got weddings etc to go to for the next few weekends but hoping at some point to get going again. Chapter two is about half way done through the first draft just got to write the damned thing.