Playing both sides of a romance

I’m not a very romantic person, but one of the things I appreciate about romance novels is the double POV. From what few romances I’ve read, it seems pretty standard to alternate the POVs of both (all?) romantic heroes. I like that because I feel it makes the relationship more well-rounded.

I was wondering lately how well that might work as IF, and how it might be implemented. Choose POV at the start and replay to get the full story? Alternate chapters? Choose POV at the beginning of each chapter? So many possibilities.

I’ve seen something like this done in Twin Flames. The game has a male and female protagonist, and the POV switched back and forth between the two throughout the course of the game.

I really love that idea, as you say romance stories and movies rarely focus on one specific POV (unless they want to hide information about the other character to the core POV and thus the reader/viewer) so this could be the way to go for some stories.

I would be much more interested in reading this story if the reader were allowed to choose their perspective. Whether you choose once at the beginning of the story, or at multiple points during the story.

The few times I’ve played CS games or other interactive media where you are forced to switch perspectives I find that I always have one that I prefer, and when I’m outside of that character’s perspective I spend most of my time wishing I was back in it.

Another question I would have is does the player “build” both characters like they would build an individual MC in another game?

Another possibility that WHC uses: switch to another character’s POV, but the MC is still making decisions only about the MC’s behavior. I’m thinking specifically the patrol scene.

I will certainly not buy or play a if game with that. I play to role or be a character MY character if I am changing pov each five seconds like if I were changing shocks were is the immersion or the deepness. And the stats… Al became a puddle of generic characters I have zero interest or zero engagement with as five seconds I control Y then Y behaviour changes when I m not control him . in fact I stopped playing several gmes in moment i discovered next act is by other character So I directly stopped caring about game.

Wayhaven doesn’t change character only in few moments you could see from NPC point of view and thoughts. But you are always you . your character it is very very different situation.

Like @sviyagin pointed out, the Wayhaven Chronicals does something similar where the game will change to the LI’s POV but you don’t have control over them, only the MC, and I personally really like that. I think in a romance it’s really nice to know what the LI is thinking about the MC and their actions. It makes the romance feel less one-sided and gives the LI agency in the romance.

I don’t think I’d want to play a game where I play both the MC and the LI. If I wanted total control like that I could just write my own story or play the Sims.

Another thought: a Last Five Years-esque game where you control one character in the first half and the other character in the second half where the timeline isn’t strictly linear. This one isn’t so much a romance though since it’s all about a breakup, but it’s an interesting concept!

I would be much more interested in reading this story if the reader were allowed to choose their perspective.

But you are always you . your character it is very very different situation.

I think for me it would depend how much customization we are allowed to make when it comes the RO and how often the pov changes.
With a set character as the RO I liked how it was done in Wayhaven Chronicles but it would kinda ruin it for me if the pov would change in every chapter or so and we would have to make choices for the RO too not just for the MC.
If we would be able to customize the RO too just as much as we get to customize the MC, make the RO a second MC I guess, then I think I would be okay with the pov to switch more often and making choices for the RO too.

I personally don’t mind POV changes in IF and they can work very well to show different parts of the story or perspectives, but TBH I’d have little interest in playing a game where the main objective is to personalise the romance of the main PC and the RO by switching back and forth in perspective. Seems like it’d evolve into more of a sim than a proper story that way as you could just map out exactly what you wanted to happen rather than it following a story where you don’t have complete control over everything. Novels are different because you’re an observer only and I think it works a lot better there.

it’d evolve into more of a sim

In a way I think you are right here, but at least I’d expect a gender choice when it comes to the RO. The main reason why I passed up on givibg Twin Flames a try is that one of the MCs or the RO is male.

I actually wrote a short IF story that had this (although it might not be a romance, and it’s not really CoG-like - the characters were from my other story, Pageant)…

This story used alternating povs for each short scene, with a lot of reflective choices. It’s very linear, though, and I don’t know how well it worked. I felt like the two main characters had voices that were too similar.

If you don’t mind can I ask what program you used to make the interactive fiction story?

I used Ink and Blotter.

I haven’t actually seen this in IF that I can think of. Not fully utilized, anyway. I’ve seen a little teeny bit in Wayhaven and Vampire House, but I don’t think it’s what I’d consider a full romantic dual perspective. I agree that it’s a great tool for a good romance, showing not only the MC’s side of things. It would really be on an author to actually bring this to life, though- whether they want the player to ‘play’ both sides, or for there to be a reactionary story taking place, whether the perspective totally jumps or there’s more just a presentation that sometimes occurs from the RO’s point of view. Whatever the case, developing an NPC (of any kind, not just RO’s, but especially ROs) beyond what the MC can see, is great for a story in and of itself.

I just remembered another romance IF with this concept: 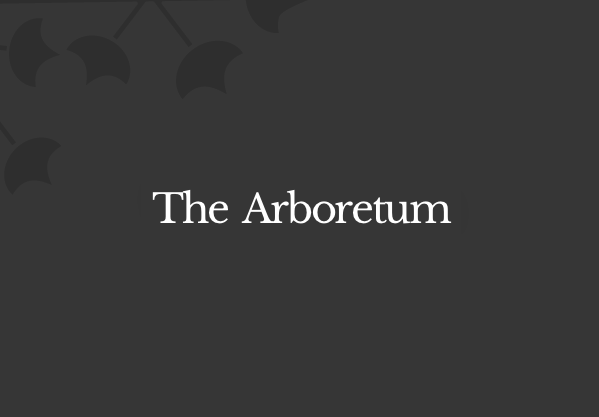 The Arboretum by Matthew S Burns

A story about dating, growing up, and our relationships to our past and future selves.