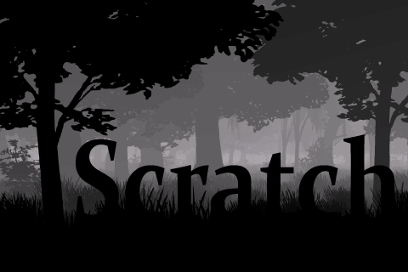 A millionaire’s secluded estate. A collection of dead girls. A group of reluctant strangers. One is the killer ...but who?

A millionaire’s secluded estate. A collection of dead girls. A group of reluctant strangers. One is the killer …but who? You need more than your badge and gun to catch the killer. Only a sharp mind and the right questions will uncover this mystery.

Scratch is a 165,000 word interactive murder mystery by Cloud Buchholz, where your choices control the story. It’s entirely text-based—without graphics or sound effects—and fueled by the vast, unstoppable power of your imagination.

You’re a small town detective. An anonymous tip leads you to a collection of sadistically murdered girls dumped on the forest estate of an eccentric, reclusive millionaire. A group of strangers are holed up in his dilapidated cabin, waiting out the recent storm.

They seem unaware of the murders, but the serial killer is hidden among them. You need to interrogate the suspects, gather clues, and stop the killer, but if you don’t tread carefully, more innocent people will die.

NOTE:
This community is fantastic. Thank you for buying “Scratch”, leaving a review, and giving me such great feedback. It’s been so encouraging.

Let me know what you think of the book. Tell me what you liked, what you hated, what you’d like to see more of, and I’ll try to incorporate those improvements in my next story.

Congratulations on the publication!!

This game is so good. I haven’t been able to solve the case yet. Every ending has been a different killer. Any hints you can give me without giving away anything would be appreciated!! I want to solve the case but my deduction skills aren’t up to par, or at least save my partner!

Thanks for reading the book!

Here are a few hints to help you:

Poor Vasquez is doomed no matter what you do. I thought about adding an option to save him, but in the end I decided his death was necessary to keep the tension high, pacing quick, and reinforce the sense of isolation …plus I hoped the feeling of guilt would cause the reader to second-guess their decisions leading into the climax.

I’m glad everyone cared about Vasquez so much …maybe I’ll revive him in a future story.

Most scenes end with four choices. These choices push the story in subtle directions (usually revealing evidence or character backstory).

The scenes that end with two (or sometimes three) choices determine which characters die and limit the potential killers leading into the climax.

The choices you make during the final interrogation scene cut the list of potential killers to one person.

If you accuse the correct suspect, the story will have a happy (or somewhat happy) ending (more people might die depending on your choices but the killer will be brought to justice).

If you accuse an innocent person (FAILED ENDING), a serial killer will still be revealed but the killer won’t necessarily be the person the (true) evidence points to. These endings can be weird, funny, heartbreaking …sometimes even supernatural.

Thanks for reading. I hope you catch the killer!

Found an error. After the first death, you’re given a choice whether or not to have a drink. I choose not to, yet a character remarks that he can smell the booze on my breath. Why?

Also, when do we get to pick gender? Please remove that feature from the description if we are gender-locked.

Thanks for reading Scratch!

character remarks that he can smell the booze on my breath.

There should be a reference to smelling and sipping your flask of whiskey near the beginning of the story, but I’ll need to double-check. Thanks for catching it if I’m wrong.

Also, when do we get to pick gender? Please remove that feature from the description if we are gender-locked.

There’s no gender options at the beginning of Scratch, but the story isn’t gender-locked. The protagonist’s gender and pronouns are never mentioned or referenced by the other characters so the player can identify with whichever gender they choose. (I used the same method in my previous book Seven Bullets.)

I hoped the lack of player pronouns would make the story more immersive, but sometimes it’s more fun to make those choices outright.

In my next book I’ll include an overt gender choice at the beginning of the story that influences the player’s stats and abilities.