Hosted Games has a new FREE game for you to play! 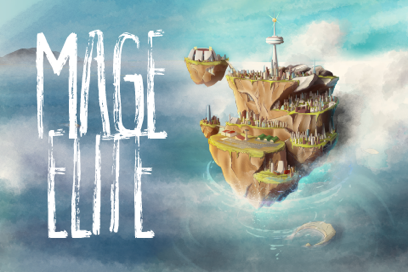 Year 2031, Earth. After 20 years of war with the Zenos, a ruthless alien species, humanity has barely survived. Born with the greatest magic potential in all of humanity, it’s up to you to turn the tide! It's 33% off until January 5th!

Mage Elite is a thrilling 40,000-word interactive science fantasy novel by Teemu Salminen, where your choices control the story. It’s entirely text-based—without graphics or sound effects—and fueled by the vast, unstoppable power of your imagination.

Decide the fate of all life on Earth with your own actions!

Teemu developed this game using ChoiceScript, a simple programming language for writing multiple-choice interactive novels like these. Writing games with ChoiceScript is easy and fun, even for authors with no programming experience. Write your own game and Hosted Games will publish it for you, giving you a share of the revenue your game produces.
19 Likes
Release Threads Discussion
Cain_Abel January 7, 2023, 4:12pm #2

I honestly love that more free games are coming out. That’s the second one this week. Seems like we had hardly any free ones coming out for a while, it’s great to see more appearing.

A bit off-topic, but is anyone else having trouble with the adds they play, as in, when you click the “watch add to play free”, or what ever the exact wording is, you can’t actually play the game when the add finishes, as it just has the ‘click love in advertizement’ button? Or is that just because of my voiceover?

Give it a day or two. If the problem persists then it is most likely your voice over