I have a question, what is the role of those with familiars in society once they graduated ? are they the equivalent of nobles or soldiers like in familiar of zero ? or do they go on to become mercenary or adventurer ? or it’s just it’s own community ?

My mistake, they’d be graduating when they’re 20, yes!
I feel as if it would best fit the plot ahead if the characters were older.

It depends on whatever you choose, though royal guards are held in higher esteem and some adventurers are treated a little less-than-kind due to the fact that a lot of people think what they’re doing isn’t worthwhile. But there are a lot of jobs in Aezolon. Most students of Windmere actually stay in the school to train to be a teacher or an assistant.

Most students of Windmere actually stay in the school to train to be a teacher or an assistant.

That sounds kinda funny actually, having most students becoming teachers to then teach students to become teachers, albeit seeming a bit impractical I might add. It would be interesting to see some practical applications of familiars, like say a career day at the academy where several professionals come in to demonstrate and discuss their job. Like there could an adventurer, a royal guard, maybe even a construction worker? It just seems a bit too “out there” right now and doesn’t feel integrated into the society of the world around it.

Hmm? I’m intrigued, but I’m not really understanding what you’re saying (maybe because I’m tired but who can say aha). But I do get the idea of royal guards, etc coming in to educate everyone about their jobs, that sounds cool! Hope it’s not a problem if I end up implementing it?

Hmmm, how to better explain it. So I guess if you were to think about what would happen if we were to get familiars in real life, they would be used for careers and things. Right now that hasn’t been showcased yet, and I find that the idea of “the most common job of masters of familiars is to teach people to become masters of familiars” just wouldn’t make sense in the real world. Realistically, familiars could be used for war, manual labor, and other things. And yeah, go ahead and implement to your heart’s content!

Oh, I get it better now! Sorry about that! And yeah, I do kind of understand where you’re coming from.

Thank you so much for this, by the way! The questions that point out flaws about the world and the way it’s built really make me think about it more, and it makes the story more believable. This helps loads!
Thanks for reading^^

Hi! I just played this game for a while, i don’t know if this issue has been mentioned before since i’m on my phone so i can’t scroll the whole thread, or maybe you chose to ignore it since its only a minor typo, but i just noticed that the dialogue said Mr. Arwen even though i chose Alroy for mc’s name 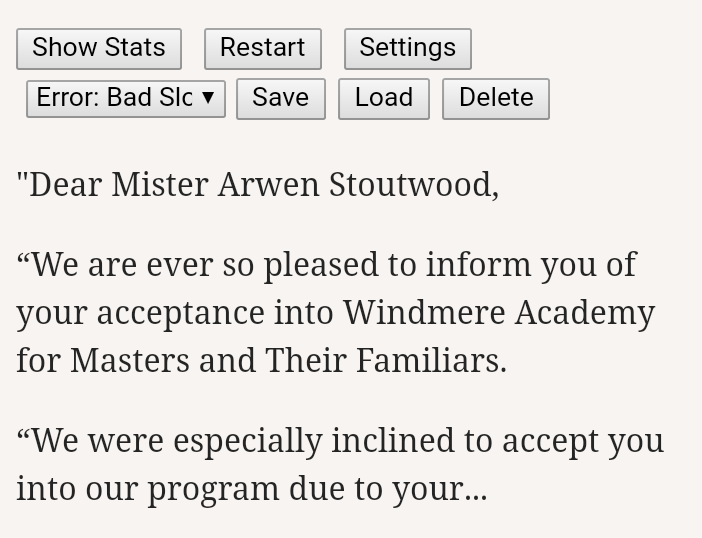 Oh, dear I’m so sorry! I will be fixing this in the next update, thanks for pointing this out!
And thank you for reading my story, sorry for the inconvenience! <3

No problem! I had fun playing the game 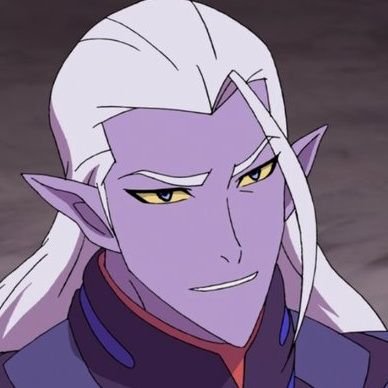 No, actually! I’m not a huge fan of Voltron, haha. I was inspired by several books and the character design from a game I used to play called King’s Raid (lmao, major weeb/rpg lover here). I wanted a way to make elves stand out that wasn’t just pointed ears and tall stature, so colored skin seemed the way to go.

Anyways, yeah! I believe taking inspiration is a wonderful thing. And Cadence and Carris are still their own people and personalities, but I think these other characters really sparked something in me to create these two.
Hope this elongated answer is okay!

Huh, interesting. I always thought of Cadence as more of a Genny than anything lol 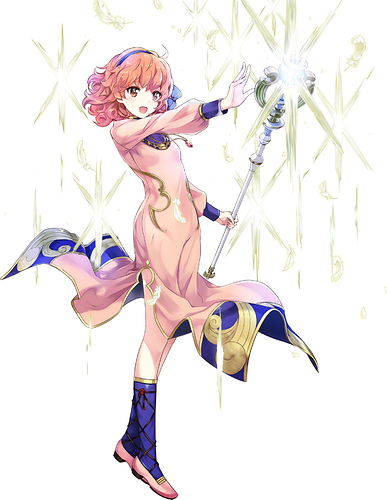 I had clearly got a Montmorency vibe from her, with a bit of chunni complex added, so good job

I don’t think I’ve ever seen her before! What’s she from? Her character design is beautiful : 0

Hey! I’m glad : D I watched Familiar of Zero casually long before I had the idea for Keys, and Mont’s character stood out to me even after a very long time.

She’s from the Fire Emblem franchise (best game series on Earth), specifically from Fire Emblem Gaiden (the original) and Fire Emblem Echoes: Shadows of Valentia (the pretty good remake). Also it is unbeknownst to me how I DIDN’T realize this was based off Zero No Tsuikama! It’s one of my favorites too, dang

Yeah, unfortunately I never finished the very last installment, but I still enjoyed the others! Louise is a tsundere icon…
And I’ll check out Fire Emblem! Maybe it’ll give me some more ideas.

Are human and hybrid relationships badly viewed ? Asking for a friend who wants a certain cat person

It depends on the person! Some people have different views on hybrid-human relationships as well as hybrids themselves. It’s kind of like, say, gay rights on earth. Most people are fine with it, but others silently (or loudly) protest it.
In Windmere, it’s not like any sort of teenager is going to stop you, though.
(On the kind-of same topic, gay rights are universally accepted as a natural part of life here. Nobody’s ever thought of same-sex relationships as out-there.)