"isPrerelease is not defined" error message

Okay so this is really puzzling, COG have no idea why this erorr is occuring 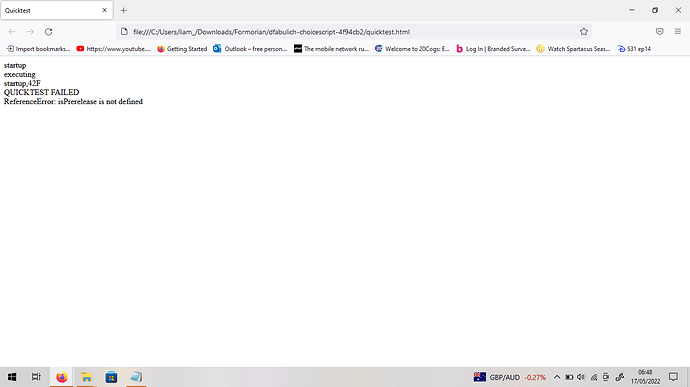 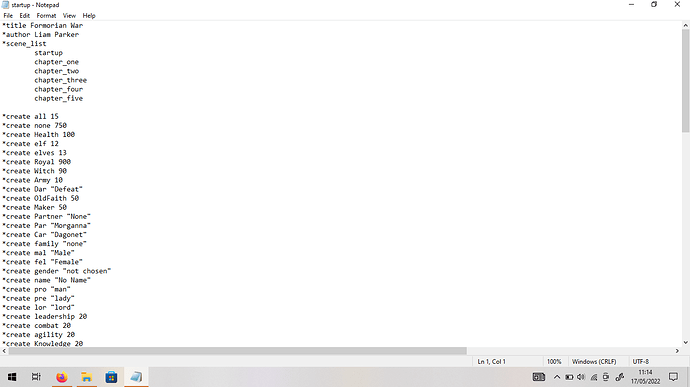 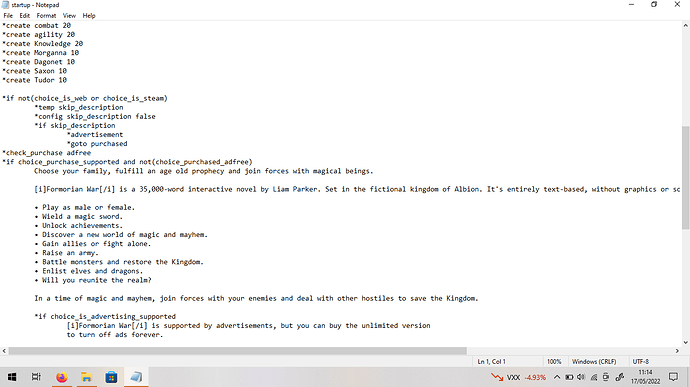 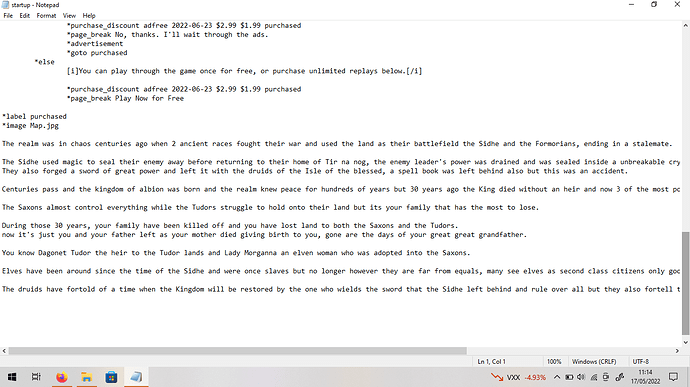 If you’re not using a variable called isPrerelease anywhere in your game, then it can only mean that it’s something internal to choicescript. Doing a quick search in the engine’s source code you can find isPrerelease is an internal function.

Yeah its there in headless and in web/scene so am I supposed to create a variable? because it appears like thats the case and if so how should it look? may sound stupid because I have created several

I don’t think this is going to help. Whatever is raising the error is in the internals of the Engine. Are you running the test with CSIDE?

If it is the internals of the engine, then I wouldn’t know where to begin

Looking at the hash in your URL, looks like you’re using an old version of ChoiceScript (March 2021).

I recommend downloading a new copy from GitHub, that should resolve your issue. Or, as suggested, you can use CSIDE, which will take away the pain of managing your ChoiceScript version manually.

Okay so I am really getting frustrated, I have the latest version of choicescript but I always get the error of ‘‘isprerealease is not defined’’

Could you give more detail? what version of what choicescript? screenshot? when does that happen?…

Have you tried CSIde? it gives the same error?, CSIde usually marks where the bug is making it easier to find, but as they say it seems an internal error. Have you used it before without issues or it always prompted that error?

Isn’t that the problem? you are comparing two variables to nothing? shouldn’t be:
*if not ((choice_is_web = false) or (choice_is_steam = false))
(I use false but it should be whatever the variable is that you are using)

Not really, a boolean value doesn’t need to be compared. But these variables are triggering something in the internals. Every variable that starts with choice is injected by the engine.

Do you need these variables? Did you copy it from somewhere or was the CoG team that put this line of code there?

it was the COG team

Haven’t you asked them about it? if it was them they would probably know what’s causing the issue. For what I can see its something that we “normal users” don’t get our hands on.

I emailed them a few days ago and no reply

Your best bet is to wait for their reply. Perhaps they use a different branch to compile games.