Horror Month - What CoG/HG Games did you really feel are "scary"?

Anything that comes in mind is well accepted. And is an interesting choice as I said Fear is different from each individual. The perspective to lose a child (even in a game) by a sudden event is pretty terryfing.

the fog knows your name gave me chills!

Zombie Exodus, most definitely. While I’m not the biggest zombie fan. This genuinely got my heart racing a lot.

i think the fog knows your name had me sleeping with the lights on for a week straight. shadow horror also did make my heart race because being alone in a house with a creature is a scary thought. 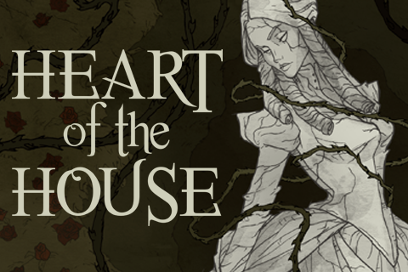 Heart of the House

What will you sacrifice when trapped in a haunted manor? Will you destroy this evil or claim its power? And can love bloom in a haunted house?

// personally didn’t feel scared except some claustrophobia, but I rarely get scared by spooky or creepy stuff. Regardless, it’s… sexy

Blood For Poppies You live in apartment 808. For as long as you can remember you have had wings, but you can’t fly. They are pitiful, broken things made of bone and shredded skin stitched together. You aren’t allowed to leave the 8th floor of the Summerset Apartment Complex, and the only people you are in contact with are the other freaks of the 8th floor and your mysterious benefactor, Doctor. Doctor has cared for you for as long as you can remember… BFP is a semi-horror/psychological game. I…

// Again, it’s the claustrophobia of being trapped that unnerved me. But for most, I imagine having… that… on your back will be a chilling and revolting experience.

A few reasons: As you already mentioned, he really enjoys killing people. Richard tends to get bored of his donors and has no intention of keeping anyone around long term. More than one donor would be a huge hassle from his point of view. It’s already risky keeping a single captive around (Angela, for example, turned on Paul). Why compound that with multiple captives plotting against you? (Note: Richard’s probably more worried about multiple captives trashing his apartment than posing any rea…

// This one actually unnerved me more than others. Maybe it’s because I had to play a female mc surrounded by dangerous men. Something more closer to reality than others. Thank god vampires are asexual here at least. 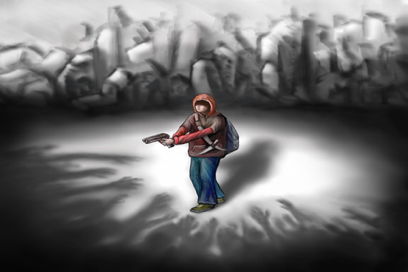 Survive in the demolished district after the nuclear bombings. Face deadly mutants and deal with survivors for the hope to end your living nightmare.

// You start out playing as a child. The world is horrible even before the bomb hits. You brush with some of the worst parts of society and humanity and make some questionable choices yourself. Things just keep getting worse. “Unrelenting” is the word to describe this game.

===
I also see a lot of mention on The Fog Knows Your Name. I’ve only played the first part of it despite beta-ing it, but it’s not the fear of the unknown that others keep mentioning that “scared” me enough not to buy the game, it was the fear of stats failure and the humiliation that was written into the game that I had to face with every stat failure. If we go by that fear, yes The Fog Knows Your Name was easily the scariest demo I’ve played and I’m not inclined to see what more it offers.

Highlands, Deep Waters. That game ruined my taste on CoG/HG horror games. It was chilling and unnerving and I loved every moment of it.

The Fog Knows Your Name was good too, Scratch really homered in the paranoia factor and Heart of the House was…interesting, but Highlands, Deep Waters was the best.

It wasn’t scary per se in the traditional sense, but when that little weasel Tomás showed up in Affairs of the Court, it was disturbing how downhill events went for my character. The mystery you investigate in Sordwin also had me unsettled. Neither of these were meant to be horror games necessarily; they just had “when I think about it, I’m not very okay right now” atmospheres at points, haha.

How could I neglect mentioning the Evertree Saga. While it not may be that scary compared to Highlands, Deep Waters, it’s still quite a lot… thrilling.

I found some of Heart of the House very spooky, especially the ghost bits. I’m a sucker for ghosts!

Since all of you are mentioning High Lands, Deep Waters, are there anyone here who witnessed the only (?) jumpscare in the game? There was no audio but it did scare me for real.

It didn’t scare me so much as surprise me there was an jumpscare like that.

I never found Heart of the House to be that “scary.” What it did do was a great job of building up a sense of claustrophobia and the inevitability that things would come to a head one way or another.

High Lands, Deep Waters was definitely scary as hell in some parts, but other parts felt much more cheap and didn’t seem as scary upon repetition.

When I saw the dead body I had to put my hand over the screen.

). It come from Creatures Such as We and is mostly by what I can say after reading it a Romance story set in space. Maybe Love too got some relative scary parts

Maybe Love too got some relative scary parts

Love is the most terrifying of all

Versus is another series that wasn’t horror, but dealt with some disturbing material that I was creeped out by reading it. I’m a sucker for the atmospheric, underlying themes type of “scary” though so I have a perhaps looser definition.

Highlands, Deep Waters was effective at giving me a swnse of tension that led all the way up to its conclusion, and even had me doubting the nature of the ending and how effectively I had been throughout the game.

Something that I found less scary, but which included legitimate, bone-chilling content I never expected to see from CoG, let alone a main title: Vampire the Masquerade: Night Road. The sheer inhumanity of what it means to be a vampire in the setting is put in stark relief, and the player themselves has more than enough opportunities to act monstrously. Considering the uh, climate of the times, some of those scenes hit me hard.

Shudders I was terrified by Trees Don’t Tell from HG…

I remember way back when I first played Zombie Exodus. My first character was a scientist and generally extremely bad at all physical/endurance challenges. So every zombie encounter had me nervous because there was a real chance I would die.

Which is such a different feeling from the one I got when I played my soldier MC. It seemed like I was playing a whole different game. But I digress, this isn’t supposed to be a post about praising ZE.

Anyway, there’s this mission on an abandoned ship. It’s enormous and, for some reason, this group of survivors thought it a good idea to send my poor lab rat MC to explore it alone. The atmosphere chilled me to the bone. It was so well-written.

From the low, scarce light. Pitch dark in some places, but you couldn’t risk opening your flashlight, not with them lurking at every corner, every pile of rotting items. Old pipes would creak, floors would shift under your shoes, and the air would be so oddly silent, it made the fine hairs on your arms stand to attention. Empty, of course, but for the distant, faint, terrifying moans of the undead.

You could read old notes left behind by dead crewmates, and rummage through their belongings as their corpse dragged itself just outside the door.

I don’t know. I was younger then, and new to interactive fiction, but that mission is stuck in my head. I was terrified. I think I died like 3 times, but I couldn’t stop playing. It was such a relief when I finally got off the ship. I swear my heart was racing just a little bit, and my hands were weak as if I was my character.

Just such a great moment and, to this day, the most frightening experience with COG/HG I had.

VTM is nothing but not disturbing, besides the political machinations. I assume that Night Road is your introduction to World of Darkness and Vampire The Masquerade?