That’s the one! Cheers

Does anyone know the game where I think your character has magic and their mother was abusive towards them, they then live in an apartment where this therapist? Visits them and they get a new neighbor.

Is it What a Brilliant Existence?

Yup! It’s been popping in and out of my head recently. Thanks

Hey does anyone know what this Wip is
Your in a prison with a code number and you are considered dangerous and their are wardens and one of them are nice to you and you are taken in by a group of prisoners and I think you can choose the other prisoners genders.
and that’s all I remember

Nevermind I found it

The Caged Songbird Works In Progress

S-so I’ve finally decided to post this… After being inspired by many people/shows/things and spending the last 2 hours agonizing on whether I should post this or not, I’ve finally built up the courage to make my own game. I’m super nervous to put this out there and I know it’s not very good right now(there’s probably a ton of punctuation and grammar mistakes…I might have rushed things too) but I’ll work hard to hopefully make this at least enjoyable to someone out there…lol. The project right n…

I’m looking for (already released) video games based on these reference pictures:

[Album] What are these games? 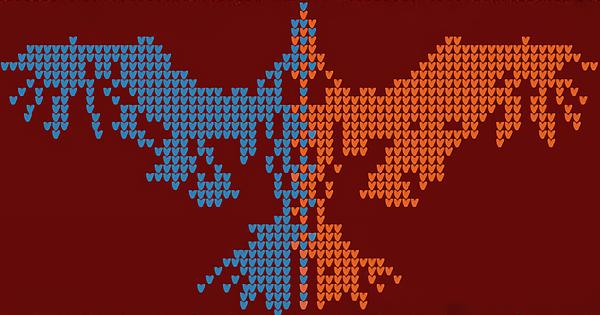 Thanks for any help in advance!

Twin souls would be my guess but the game has already been released for some time.

you can ask about released games.

ello, i’m looking for a wip(not sure if it’s just a dream or not) the story is you were summoned by a priest and you get to choose to be a siren, demon dog thingy? and some other two. and you also have a keeper that takes care of you.

it is! thank you so much!

I’m looking for a game in which the MC is ruler of a kingdom, but the way they got there was by overthrowing the previous rulers (or was it the MC’s parents that overthrew them?) I remember that because the MC was bored, there was an option to use the heir of the previous rulers for whatever purpose you choose (make them a worthy competitor for the throne, or groom them to take over the throne despite the MC being the reason why the heir was removed from the palace in the first place and became a soldier). I might be remembering wrong, but just wanted to make sure that this game wasn’t just a fever dream, haha.

It wasn’t ‘Regrets of the Traitor’, btw. (Although that is also a pretty good game.)

That is definitely Turncoat Chornicle

This game didn’t have a thread in this forum(possibly had on Tumblr), so I don’t know if anyone would recognize this one. It was posted on DashingDon, but I can’t seem to find it now. At first, the MC is a powerless person who is treated like shit by a woman, he then goes to some bar, starts working there, and then the woman who treated him like shit meets him again one day, then shoots him then and there. Instead of dying, he comes back to life because now he’s Lucifer or The Devil. He also starts working for some Mafia group in the meantime.

I think the same author made another game where the MC is some inventor who makes different kinds of gadgets, sells them and then finally starts his own company. He has to go for some hearing in the meantime. He has a special suit or armor a la Iron Man which he uses to fly and also fights supernatural villains using it.

Again, these two games were on Dashingdon, but did not have a thread on this forum, so I apologize if this is the wrong place to ask this.

The games you’re looking for are Athalia and Equia. The writer was suspended and I can’t seem to find the DashingDon books, I did a research and he is now creating adult games using Koitatsu, he started developing a game called LOTD (Life Of The Devil) with a description very similar to Athalia, look it up if you’re interested.

Edit: Did a little diggin’ and found the game using Wayback Machine