Hi all! Brand new to CoG, ChoiceScript, and the forum. I hope I’m doing this right! I’m two chapters into my game, so Jason suggested I post it to start getting some feedback. Going forward, I’m hoping to complete one to two chapters per month.

Heavens’ Revolution: A Lion Among the Cypress is a flintlock space fantasy inspired by eighteenth-century Iran. These initial chapters are mostly done, but I’m still making a few tweaks. I welcome any and all feedback. Thank you in advance for taking the time to read them!

ETA: Despite what I said downthread, crafting items/weapons WILL be an important part of the game!

I can’t believe it’s been more than six months since my last update! This year has continued to be incredibly busy, but I’m in the process of streamlining my life so I can properly prioritize this game.

FYI, there’s still a LOT of feedback from previous chapters that I haven’t addressed yet. In the interest of continuing to make headway on new chapters, I’ll be working my way through all of your notes after I hit my word count each day.

Thanks! I believe I’ve resolved this.

All right, I believe I’ve fixed this one as well. Thank you!!!

It did not feel like there was much freedom in trying to stay out of it all is it really possible to not join any side.

I appreciate the feedback! In the first chapter there’s an option to go inside rather than interact with the demonstrators, so was this more of a feeling in the second chapter? Were there specific moments where you wish you’d had a different option?

Not really a single part i was just hoping for more parts of trying to avoid being dragged into everybody’s squabbles and i would love a option to be more pissed off at your brother for dragging you into his mess. But other than that i do like the story i can’t wait to be a weapons smith i hope you can invent some crazy weapons.

Noted, thank you! I’ll keep that in mind going forward.

Also wondering will you be able to invent things in the game.

While it won’t be a huge part of the game, you will be able to create things with astralchemy.

This was interesting! The setting is really intriguing, and I enjoyed the descriptions and imagery of the city. I liked most of the characters so far, including the minor ones like the guard with how he wants sweets for his tea, and the dynamics of how Farhad and his family interacted with one another. So far, though, all my favorite characters are in the Sarbazi – Babak, Peyk, and Nasrin. The astralchemy sounds like it’ll be fun as well, and I’m glad the summary said there will be a path to focus on that.

One thing I noticed, though, was although the story starts with the MC listing the five astralchemical disciplines, the player isn’t told what these disciplines actually are until after they choose one – which means there’s no way for them to know which one interests them the most. Perhaps you could add a small description of each when the MC is naming them?

Regarding the glossary – although I appreciated having the list, sometimes it felt like the only way to understand a word would be to leave the story and look through the glossary. To give an example, Farhad is noted for wearing a shalvar in the first chapter, but it’s only when we reach the description of the Sarbazi outfit in the second chapter that the player gets a clearer picture that it’s a type of pants. For azizam, meanwhile, I didn’t notice any suggestion of whether it’s a term of endearment or a term of address except in the glossary. This is in comparison to when the MC is given the ajil with a description of the ingredients on the same page. Perhaps just adding a bit more detail when a word first appears (like that the shalvar ends at the ankles or something) would help the player to get a general sense of its meaning and its place in the setting.

I also agree that there felt a lack of options when it came to the Revolutionists or the Loyalists, specifically the choices where the MC considers if they should report and then if they should trust. Since there was the previous choice where the MC can agree with the Vatani’s ideas but not like their methods, it seemed odd there were no similar options in these cases – like wondering if they could get an apprenticeship elsewhere so they’re not involved, or trusting Farhad but not the Legion, etc.

me seeing fahad and mahasti 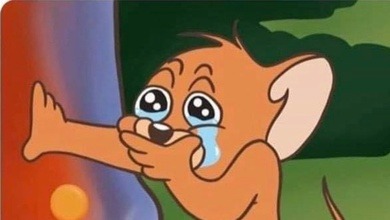 I also agree that there felt a lack of options when it came to the Revolutionists or the Loyalists, specifically the choices where the MC considers if they should report and then if they should trust. Since there was the previous choice where the MC can agree with the Vatani’s ideas but not like their methods, it seemed odd there were no similar options in these cases – like wondering if they could get an apprenticeship elsewhere so they’re not involved, or trusting Farhad but not the Legion, etc.

I’m so glad you found it interesting! These are some really great notes. Thank you so much!

hey, I was very interested in the game. I had fun, although I felt the same problem with the types of astralchemy. But I found the problem, that maybe it’s just me since nobody said anything, but I can’t get past the dinner part. Infinite loading. I’ve restarted the game three times and no luck. It’s a shame because I really want to play.

Other than that, I loved your writing, the characters (except for MC’s brother) and the setting. I’m excited to read more.

Really bothered at seeing Pride as an ability rather than personality trait. Pride has both benefits and drawbacks, so seeing it represented mechanically as a skill just feels wrong.

Hmm. That’s an odd one. Can you tell me where it stopped working?