Hey all, as some of you might have noticed, I’ve finally had some time to start updating my WIPs which have been in stasis for too long. This game should hopefully now be fully functional, however more content will be added as I get time.

It was originally inspired by Bunnies! (check it out!) which I thought was a very cool little resources managing game; but I’ve always wanted one of those where you’re a dragon… So I kind of built one. I did this for fun because I wanted to play it and learn how to code something like this. There seemed to be an interest in getting it up and working, so here it is!

So yep, this one has major randomization influences occuring with regards to events happening (like weather, thieves etc,) so warning in advance for those who don’t like that. It also has story segments that you can either select at the start, or allow to be completely randomised events. (There’s only 4 so far so it’s not very random right now, I’ll write more as I get time.) It’s not meant to be an in-depth novel type HG, instead more of a game type one with bite sized events and challenges.

It’s not completely finished, so if you see any choices with something along the lines of “Not written” or “Not selectable”, please don’t pick them if you don’t want the game to potentially crash. I’ll get those up asap.

I’m adding more scenes, probably about 8-10 scenes in total when I get time. There will be a RO but it’s not up yet.

I’d really love some feed back on this game, as I found the coding quite tricky in places. Any typos or bug reports are very welcome.

I’d also love it if people could post their final stats so I can see if the difficulty levels need tweaking (which is quite possible.) Thoughts on the difficulty also welcome both overall, and for specific sections like the knight fights. (Ie can you defeat them at least sometimes, or are you only defeating them by outlasting them. Are the knight battles too long/short? Do I need to change the number of rounds, or increase damage levels to end the fights sooner one way or the other.)

How would you describe this game in the webstores? Not sure how to convey the resource management nature of it.

Is this a game you’d play over quite a few times? Or only one or twice? (Once more scenes are added.)

Feel free to suggest ideas for side events like the goblins or the wizard that are already in there. Definitely can’t promise anything so please don’t be offended if all suggestions don’t make it into the game, but if I like an idea enough and I can work out how to make it into (ideally a single) scene I might add it. Ideally the event shouldn’t continue to run through the whole game. I can do it to an extent (like with the goldsmith or goblins), but it really does complicate things in many cases due to the event order changing each game and increases the chances of it breaking so I’m a bit limited that way. Also as I didn’t write Choice of dragon, I can’t really copy events from that game to put in here.

Note: I’ve since found that the beta testing save plugin does not play nicely with the coding of any of the fight scenes which I don’t think is something I can do much about. If you want to save your game, I recommend you do it before the first round of the fight actually starts or you may find the save is bugged when you reload it. (Usually it’s added another attack onto your fight changing the stats around.)

First, and yes this is relevant.

One things for sure, you were right about the crashes. its nice to find another game, besides choice of dragons, where you play the dragon. It has potential cant wait for more. I do have a question for you to answer, Will we be able to obtain minions? if yes, In future updates it would be awesome if you added an option to train & equip them with the treasure we gathered.

One things for sure, you were right about the crashes.

! I wouldn’t normally put up something this sketchy, just seeing whether there was enough interest to make it into something people would want to play, (otherwise it can stay as one of my “mess about with for my own amusement, but never see the light of day” games.)

Will we be able to obtain minions? if yes, In future updates it would be awesome if you added an option to train & equip them with the treasure we gathered.

Hmm. There is a way to get a dragon to help you, and will probably add a few more in. I hadn’t thought about proper minions past the goblin hoard, but I’ll give it some thought.

It was inspired by Bunnies!

I think as a tribute, your dragon should be able to seek out the Vorpal Bunny, a mythical creature whispered only in rumor amongst dragonkind.

Legend has it that the claws of the Vorpal Bunny can slice through even the toughest dragonscale, but most Vorpal Kits (kit = young bunny) do not live to mature into their final form because they resemble normal bunnies in every way shape form and function until they are grown, and are quite tasty; they are hunted as a food resource by both humans and dragons alike. Surely a Vorpal Kit would be most loyal to a being who offered it protection from hunters, perhaps enough to guard its master’s lair against intruders…?

When knights think they can steal from your bunny guarded lair 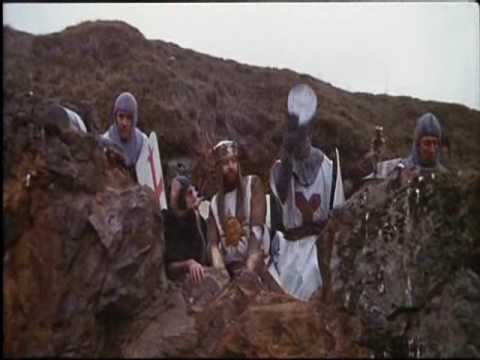 I don’t get the size thing, a griffin is smaller than an horse ? and how can we kill knight in armor and steal from caravans with probably multiple gardes if we are so small ?

You’re smaller, but still medium pony sized I guess. I’d be worried if a flying pony sized reptile came at me that could burn me to a crisp with fire or rip me to pieces with razor sharp teeth, but that might just be me

Just as an aside, a lot of older paintings actually show dragons to be fierce but relatively small(like large horse or smaller) as a contrast to the modern day interpretation of them that often has them as big as houses 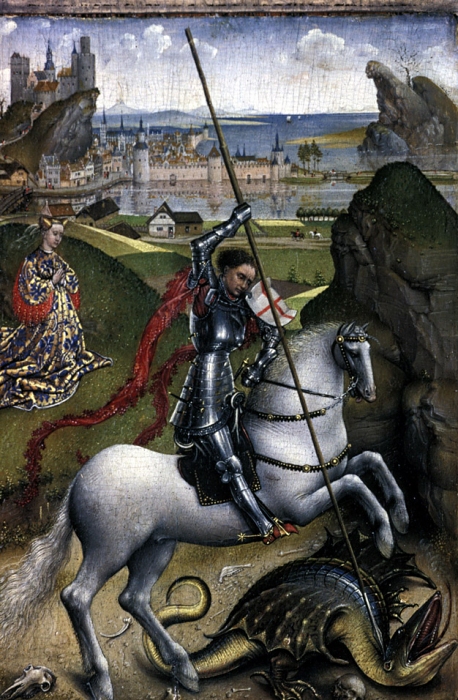 Maybe we could learn magic if he let the wizard live it would be a good boost for defense. Maybe have the goblins expand our home and have them worship us could be cool.

This was a cute. I look forward to seeing it when it’s done. I played a Medium Silver Scaled Dragon. Finished what you currently have done with this. Lol

@Koda222 and @howlin_drak thank you both for the suggestions and coding mistake pick up!
Thanks @lokidemon007 and @Kanaya

Oof, I’ve been hoping for another game where you play a dragon for years, but these random resource management type games just aren’t my thing.

@Jacic got this error while rejecting Alston the second time

Here are a few bugs I got concerning Alston:

Not only did I get these bugs, the one time where I completed his “mission”, he showed up again at a later point in the story asking for more gold. I can’t remember if that repeat resulted in an error ATM.

The concept is very interesting, random event games are always fascinating and I look forward to playing it.
Quick Question:

No probs @Shoelip. I know they’re not a lot of people’s cup of tea, hence the warning in the top post

@nocturne and @AChubbyBlackCat Thanks for picking that up! I had a problem with him turning up again orginally after being rejected a second time, but throught I’d fixed the code so it shouldn’t keep happening. I must have broken something instead

. (He should only turn up once more if you reject his offer not twice.) Weird that the quicktest didn’t flag it as a problem, I’ll have to have another look at the code.

Edit: Just realised what I’d done wrong and have changed it. Hopefully that’ll stop the crashes associated with the goldsmith/Alston

Quite likely will be

. I’m still thinking how to implement it, I don’t want to step too close to COD’s storyline, so need to make it a bit different. I’ve got a few ideas though.

To your dismay, you find that your home has been broken into i keep getting that event over and over and over again i don’t know if it is a bug but other than that i loved it.

Thanks for the feedback @Arcane_warrior

The thief text is associated with 2 random events (that are also affected by some in-game stats): one determines if your lair gets broken into, and the second determines if they manage to steal anything/how they can steal. Unfortunately, because of the random element that means sometimes you’ll see it come up a lot, and sometimes barely at all depending on your luck on a playthrough. The best way to decrease the chances of a thief making it in (and therefore seeing that text come up) is to increase the security of you lair against thieves. (You can also start with a lair that offers greater protection against thieves as well depending on which one you pick.)

When it’s working all the way though (need to get the ending and knight battles working) I’ll check with everyone what they think about the difficulty level as it might need tweaking if some parts of it are too hard or easy. (Like if everyone’s getting their treasure stolen all the time, I might need to boost the lair protection stats or have a cave with greater protection that players can select so it happens less often