The normal and usual color scheme is white. What does cog have to say about preference on a background scheme of Darker colors. Taking into account the text would always be a visible color. (E.g. Black/Dark blue background with white text)

I find white text on a dark background far easier on the eyes than the other way around.

@blackrising Interesting. I would have thought people have become so drawn to the white background that it was preferred.

I’ve played a few interactive novels with black background and white text. I like it…most of the time. Sometimes however if the dark to light ratios kinda weird and I have to squint to discern what’s on the page then my eyes are just like “Nope!”

Haha yup that’s the worrying thing about considering a background and text color change. Can the mc actually see especially when the choice is long and the text sometimes shrink.

Or if their is alot of text…bold and italics and such. Mmm to test or not to test that is the question.

I prefer it like it is now to be honest.

The trick is supposedly to have two colors that aren’t opposites, so dark grey on white is better than black on white, but personally I’ve always prefered darker backgrounds when reading off a computer screen even though science says I shouldn’t. The paper found in books tends to be more towards yellowish sepia (at least the books I read) so it works, plus it really helps that they aren’t lit from beneath… All the white on this forum is making me squint. >.<

@MutonElite Same sometimes I just gotta turn reader mode on . Nice and dark and clear. But then I don’t get notifications or updates while I’m in that mode… phones these days…

It is much more relaxing and nice to read black on white, especially if you have bad eyesight. Most white on dark themes are just annoying and hard to read, at least if you are supposed to read more than a sentence or two.

@malinryden Hmm…what if things were very spaced out through the stor? A blank line between every sentence. And double that for every paragraph. Or perhaps that woukd look like a mess.

Maybe eyesight plays a factor in ones preference as well? I don’t wear glasses and I can just about make out the smallest print on those optician charts, and my preference is a darker background rather than darker text. So maybe it’s a case of, what’s clear for some is too clear for others? Like a lightbulb vs staring into the sun. Or something.

That may just be the case, but how to remedy this…text color wise rather then the zoom in option.

I used to love dark themes I tend to like horror a lot, and being a metalhead, well, let’s just say that most the sites I frequented were 50 shades of black.

It was not until I started doing things more"professionally" and having people read my prose that it was pointed out to me that reading light on dark is a lot of strain for many people. Some even went so far as to highlight all the text to do their own quick-fix and invert the color scheme.

I think that it might work in choicescript, since the text is large and friendly (at least on the pc) and the chunks of text are easily digestible, but it is hard to say before I see it.

I think the big question to ask is WHY it is important to have a different color scheme than the standard? What is the purpose? What would be achieved that can’t be achieved with the grey on whitish that they have now?

The only case I can imagine would be horror based stories, where the darkness might add a little something. Still… doubtful.

You want as few barriers between the text and the reader as possible, so stay away from lines and stuff, they just distract.

On the other hand, it also depends on your computer settings. Some people have said that this forum is too bright for them, my screen is probably set darker, which would also mean that this might be a reason why I can’t handle dark themes. Most sites are bright and light, so I turn down my light settings a little to make them comfortable to look at,

Perhaps a simple choice button to set color theme? Like #custom and #original? That would please everybody.

If only it was so easy…or perhaps…making a copy of all the age and setting the color scheme differently for both with links to both…but that sounds like unnecessary work.

Crimson text and black background would definitely set a dark setting. But such a layout is a bit too demonic feeling for even my taste.

@MutonElite, I wear glasses and prefer a dark background, though a dark gray would be better on the eyes. However, the horror reasoning doesn’t sit well with me. I think it would make the game feel like one of those cliche horror games (however, this could be because those don’t scare me).

Just needing to wear glasses might not be the answer though, no doubt there are many variables, like nearsightedness, farsightedness, and those numbers opticians use. Usually you don’t even have the same eyesight on both eyes even. But like I said before, apparently tests have shown that darker backgrounds aren’t as good as lighter, so it could just be that we’re fooling ourselves somehow(if those tests are to be believed), but I don’t really see how that would work either. It’s interesting though.

It seems the device you’re using can also be a factor as well as the settings of said device, as mentioned by @malinryden So it’s probably impossible to please everyone, I personally would definately prefer a somewhat more off-white background if the text is dark, that would be my vote for compromise.

@Arcania
Red/crimson is not a good color for text since it will feel overwhelming, especially given the moods associated with colors and how they subconsciously affect us. Here’s a link discussing colors; 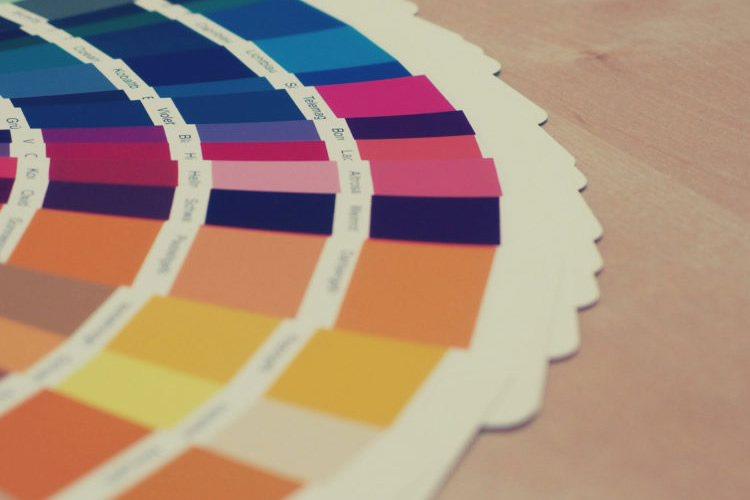 Choosing the Best Color Scheme for the Websites You Design

Choosing the best colors for your website is crucial to your online success. Discover the five most popular color schemes to use.

Hmm I see, that site was quite informative btw.

Poll will be closing at midnight tonight…that’ll be in my timezone…but knowing me I won’t be up watching the clock soo when I wake in the morn.

So late thank yous to everyone participating in the polls and comments. You have no doubt aided not only myself but other coders in their thoughts of design. =p Be sure to cast your final vote before closing ^~^