"Arthur: A Retelling" by Isabel Azeredo

Hosted Games has a new FREE game for you to play! 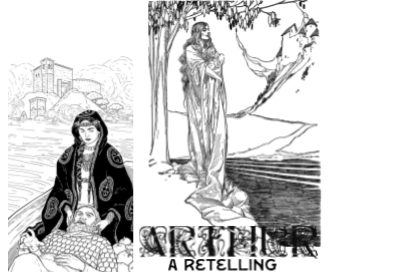 This epic reimagining of Arthurian legend takes you from humble life as an English squire with an attitude problem to a mythical dreamscape of possibilities, meeting many familiar (and not-so-familiar) faces along the way. It's 33% off until January 12th!

Arthur: A Retelling is a 30,000-word medieval adventure that allows you to play as as Arthur themself (the gender is up to you) as you discover your own path to greatness and decide what you want to be. Embark on a quest of self-discovery with thrilling action and plenty of romance along the way—pick from straight, gay, or even more options.

Young Arthur is an unremarkable page apprenticed to Sir Kay in the Early Middle Ages in England. Their world gets turned upside down by the arrival of the eccentric magician Merlin, who takes the youth under his wing and sets them on a path to greatness. But there are other figures seeking to influence this child of prophecy…

From the loyal Bedivere to the lovely Guinevere to the enigmatic Rience, Arthur’s interactions with this expansive cast determine their ultimate destiny. Will they rule Britain as prophesied? Abandon morality entirely? Or take another option, entirely unforeseen? Only you can decide. Along the way, you can:

What are you waiting for? Camelot beckons…

@CrypticPuffin developed this game using ChoiceScript, a simple programming language for writing multiple-choice interactive novels like these. Writing games with ChoiceScript is easy and fun, even for authors with no programming experience. Write your own game and Hosted Games will publish it for you, giving you a share of the revenue your game produces.

I’m kind of interested to know how you can tell an epic tale (which Arthurian tales generally are) with any sort of depth or variety to player choice (not to mention romances) in 30,000 words…

Another thing I don’t understand is that it literally says that it’s free at the top of the post, and then further down says it’s ‘33% off until January 12th’. I mean, I’ll spring for it if it’s free, but which is it? lol.

EDIT: Okay, it’s free for the first playthrough. I suppose I can’t argue with that, tho I’m definitely the type to restarts a bunch of time if I don’t like the results of what I get.

There are quite a few books with in that word count range that you watch an AD to play for free with the option to pay for it if you don’t want Ads.

Does that help clear up the confusion?

Added: This is the author’s first published work, it’s gone through public beta testing from what I can tell.

They may of kept the word count on the low end because it’s their first time doing something like this and they weren’t sure they could do a story with a bigger word count.

From the original WIP post they sounded really excited to write this, so please try to keep any criticism constructive.

I just bought this game and haven’t had a chance to play the whole thing yet, but I read through a few pages and I was rather favorably impressed. The author has a decent command of voice and tone, and there are some really funny lines. I might suggest making it a little clearer in the marketing that this is a humorous romp through Arthurian legend, rather than a grand sword-and-sorcery epic, but it looks like a fun little game and I hope people will give it a try.

No. It’s about the same length as Choice of the Dragon - which is one of the acknowledged classics and regularly cited by people here as the game that got them hooked on interactive fiction. It’s true that in IF, where the word count includes code and branches that won’t appear in any given playthrough, 30K makes for a rather short story, rather than the sort of lush interactive novel you can lose yourself in for hours on a single playthrough. But some authors have accomplished amazing things in shorter games.

That said, let’s try not to be too hard on someone just for asking - not even complaining, really. When you’re used to seeing six-figure word counts - when the two other games released the same day are over 600,000 each - it might be only natural to assume something drastically less was a typo.

For those who think 30,000 isn’t that many words - try writting an essay on any topic.

It will be remain free to play with ads so it’s worth checking it out and seeing if it’s your cup of tea.
And if I remember correctly the price is like under $3.

And please remember this is the authors first publication and we don’t know the reason for the word count. Maybe anything larger word count wise was too hard for the author to write and code. Maybe they are getting their feet wet with this story.

Try to put yourself in their shoes before complaining about the word count.

And if I remember correctly the price is like under $3.

Thanks I couldn’t remember the exact price as I have already purchased it. I knew it was only a couple of dollars

Hmmm, this reminds me of Guinevere(hope the author is doing ok.

Let’s see if it meets the same quality.

I’ve written 10 essays of 3000 words, which is basically what this is, the book is not 30000 words in one sitting, it’s probably not even half that if there a nice variety of choices and different paths.

I dont know, comparing interactive novel with actual novel based on word count alone seem wrong. You forgot there are choices and repetitive passages too.

I honestly don’t get the hate against shorter works. It’s like, it’s under 100k words, therefore it must be crap without even reading it. No constructive crit, just it’s short and therefore terrible, the end.

I happen to really like Paradox factor and Dragon, both of which are short form. As you’ve pointed out, there are plenty of classics that are under 50k in length.

I guess a question from someone who has read it, it almost seems like it’s going for the disney-fied version of sword in the stone based on the whole turning into animals and magical trials thing? Would that be fair to say? Just trying to get a feel of where this game sits on a scale of historical to whimsical. 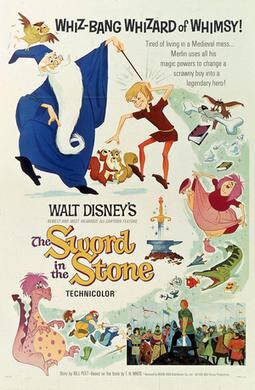 The point was that just because it has a has a shorter word count doesn’t automatically mean it’s going to be bad. Or that it can’t be fully fleshed out.

As it seemed like people were judging the IF solely based on its word count.

And the writer was really excited to be publishing their first work, I don’t want them to get discouraged
Especially given how the first comment which is now hidden could come across as a bit hurtful

I honestly don’t get the hate against shorter works. It’s like, it’s under 100k words, therefore it must be crap without even reading it. No constructive crit, just it’s short and therefore terrible, the end. Some are more suited to short form than others and would drag with unnecessary scenes. They are likely to feel different, the same as short stories are different to novellas, and novellas are different from novels, and novels are different from epic 5+ book series. I happen to really like…

I haven’t read it yet but from what I read of the blurb it’s definitely on the whimsical side which would make sense given its length.

Congratulation @CrypticPuffin on going live with this. I enjoy all the different types of Arthurian based tales and stories.

As to the “length” issue: A powerful story can be told in many formats, all of them holding value on their own.

Let’s refocus on this story and what it brings to the table as is; respect the author’s decisions to tell the story the way she felt was best.

I don’t see the comedy tag either on the game (unlike other titles) so we are supposed to take this seriously, and not as some frivolous joke.

Or maybe it is intended to be humorous and just wasn’t tagged properly?

They’re saying the game is a joke. They’re just being mean to the author. Frankly I think it’s uncalled for. Yes the game is short but she put her heart and soul into her work, only for this guy to come and say it’s a joke.

I understood that. I was being a little sarcastic there, since the game’s comedic intent is obvious from the opening paragraph (which is different from the game itself being a “joke”). I thought that answering the complaint seriously would underscore its fundamental pettiness.