There’s a new app from Hosted Games available for Android called Hosted Games. It’s an “omnibus app,” a single app that collects all of our Hosted Games titles in one place. It’s just like the iOS omnibus we’ve had for more than a year now, but now it works on Android.

The choice is yours! Joust for love and glory, solve an eldritch murder, find romance, or battle aliens with Magitek? "Hosted Games" is a magnificent library of interactive novels, written by authors like you. Hosted Games are entirely text-based—without graphics or sound effects—and fueled by vast, unstoppable power of your imagination. Try a few of these fan favorites: • The Great Tournament — Train as a squire and become a knight in order to win the great tournament • Highlands, Deep Water... 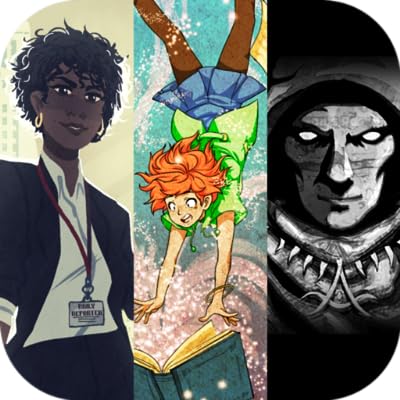 If you have an Android phone, please give it a try!

No doubt you have a lot of questions, so we’ve written up an Omnibus FAQ. It answers these questions in more detail:

Uh, it looks like I spoke too soon. The link to the omnibus is live for me because I’m the developer, but it won’t be visible to the public for another couple of hours. Sit tight!

I’m willing to give it a go. So far I like what I see, but I’m at work now and will give me feedback later.

The app is live now, really really fer sure this time!

So it would seem that restoring purchases is a hassle, and doesn’t work for me at least…

It is a hassle, but it does work. If you’re having trouble, you’ll need to email support-gps-omnibus@hostedgames.org.

At first I thought I had an issue but turns out I used the wrong email address. sigh My mistake.

But so far from looking, I kind of like how it is organized and how I’m able to use the “favorite” feature to make scrolling through the list of my purchases easier.

I cant find it on Google play

The link is in the OP!

I am glad it is, I had trouble finding it before I saw the Link. But it looks great and many games we’re easily connected.

I had trouble finding it before I saw the Link

God, yeah! The Play store’s search system/algorithm is notoriously bad, so thank goodness for the link!

Nice! Any plans for an omnibus for the non-hosted games too?

It’s been answered in the OP!

Soon, we’ll also release a “Choice of Games” omnibus app for the Google Play Store. We’re going to let the HG omnibus sit for a week or so, then release the Choice of Games omnibus when we’re pretty sure we’ve fixed major bugs.

Congrats on the release! Now I could play my unread HG games right now in one place.

I was doing it incorrectly, but the support was very helpful and now it’s all been sorted out. Thanks

Just a small suggestion- maybe add a couple of the covers of the latest HGs as they are put into the omnibus (cycle them through as new ones are released) on the preview pictures as well? It looks more eye-catching to new players than just the text if it were to turn up in their feed or if you’re brought to the page for an update.

Restoring purchases didn’t work for me either. I have no idea what my password is (if I have one at all?) And it won’t let me restore anything when I tick lost password. I just get an error. I’ll have to send an email.

Anyone know how you can leave star ratings? And can you leave reviews?