This is my first time trying to do an IF game and I’m still figuring things out including writing this post so bare with me if you can. I’ve loved Choice and Hosted games since I download the free trial of The Great Tournament. I’ve also been a HUGE pro-wrestling fan for basically all my life, so I felt why not combine two things I love and create a fun and true to life Wrestling CYOA game.

I also just want to say how much I admire and really enjoyed Slammed and this is by no means meant to undermine or replace anything that the story or author have done. Slammed will always be the goat to me!

It’s been 2 years since the day the industry changed forever. 2 years since the death of the great Boyd O’Connell, longtime president of UWA (Unified Wrestling Alliance) and the man who reveloutionized pro-wrestling. His son Sean O’Connell, former head of JLW (Junior League Wrestling) a.k.a the theatre system of the UWA, had been left with his father’s position, board seat and rapidly decaying roster. In the latter days of Boyd’s reign he focused almost soley on the stars that he already created with little regard for the new talent which he saw as a lost cause. When Boyd died so did any connection that most his top stars had with company, and so the majority either left or retired.

Sean has his work cut out for him and in the 2 years he’s been in charge of the company have been some of the worst fincially in its history. While his main competition the NGPW (New Generation Pro Wrestling), ran by Sean’s university rival Amber Jennings, is flourshing having just held their first 50,000 seat stadium show in their history.

Desprate he calls on you, a young wrestler with a name and experience in the business(Pick from three story-defining origins). Throughout the story you will meet the giants, dragons and trolls of the UWA. It’s up to you, Sean and the whole roster to restore the biggest wrestling company the world has ever seen to its former glory, let’s hope you don’t kill each other before your succeed!

A couple things to note before jumping in:

-Choose from three origin stories (Indie Darling, Developmental Prospect or Rival Company Signee) which will shape not only your history in the wrestling world but also your relationship with characters in it.

-Dive into a world of pro-wrestling as large and deep as that of a High Fantasy series.

How the game works:

The first chapter, which is what the update consists of, acts as a prologue for the story and follows a very different structure than how chapters after this will follow.

How most chapters will be structured is like this:

Story Event - Linear-ish story with choices, that serves to play off the never-ending travel that wrestlers havw to deal with and have these events take place in cities and towns all over the world.

Backstage Exploration - Once the story event is done than will come the pre-show, you will have free reign to explore various different aspect of backstage arena life including but not limited to Catering, Dirtsheets, Game rooms and more!

Wrestling Match- You will have at least one match every chapter that will have multiple branching paths and will play off the character of your current opponent. The matches will range from singles, tags, three ways, and if I can make it there, a Royal Rumble/Aztec warfare style match which you’ll be able to play from your drawn number all the way till you get eliminated…or maybe even win

Currently it’s about 22670 words done (excluding code), and I plan on launching another update by the end of next week which will fix all the bugs and expand the game further.

P.S I’m overwhelmed with the amount of people helping me out with bugs in the comments. This is gonna make the whole process so much faster. Thank you all!

I think there’s a lot of room for more wrestling titles, and I wish you luck with it!

Hm, so far it seems there is no option to play as a jobber? 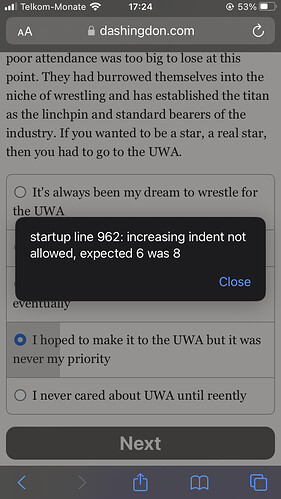 Error, I just can’t get past it.
Can’t give a review due to it.

If you pick the third option in that scene, you can continue onwards. The game should stop i.e. pick up an error when you about to do your first match although I’ve picked an error when talking with Chris (if you ask about Code Amber).

Thanks for pointing it out. Like i said i’m just starting and indentations are a pain.

Should be fixed now. If you decide to play again pls lmk if you find any other errors!

Hi thanks for pointing another error, whats the issue you’re having with code amber?

No, just when talking to chris, when you ask him, it leads to another error is all.

As a big wrestling fan i’m happy to see a choices game about wrestling and i like this demo.

Well in the story im trying to make it would hard to get to where I want to get if the player is full jobber. But there will definitely be matches where you WILL lose, and can lose BAD, if thats any consolation.

Still can’t believe the news myself. Hoping his daughters will heal fully in time.

Anyway I went with Briscoe in honor of Jay and I’ve noticed that the last name repeats twice so it’s been not saying my real name Briscoe Briscoe.

And seeing how there are two factions in this, is there a route where the MC will have to team up with someone in kayfabe and possibly go full Briscoe Brothers/Stone Cold tweeners? And if Sean really wanted it, he could go Vince McMahon to get the fans’ respect.

Gotcha will fix ASAP. I’m the one thats honored that your keeping Jay’s memory alive in my game

. As far as going full Jay Briscoe, can’t even hope to capture how intense and real that man was.

But trust me, we have not seen that last of backstage fights in the UWA.

In terms of Sean, I based his father “Boyd” loosely around Vince and in future chapters the idea will be played around with that Sean has more of his father in him than what he’s showing right now!

Hell yes. I think this is only the second wrestling game on here and that’s a damn shame. Regardless I look forward to seeing how this turns out. 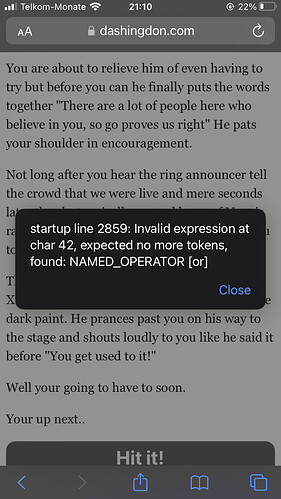 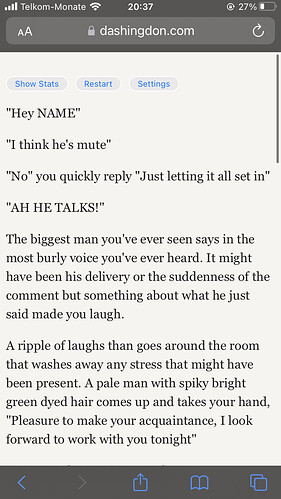 Found these, don’t know if it’s the end of the demo.

Hey NAME is an error and whenever it asks me a question, like if I’m a prodigy, and I say No, it takes me back to the last name question.

@dp544 Yup for now that’s the end of the demo but by the end of this week the match should be fully implement which will be the official end of the chapter. There’s a lot of gotos and labels…

But thank you so much for your help, this newbie here really appreciates it

On a lighter note, thank you for starting this and we definitely need more wrestling IF here and I like what I have read so far.

In the beginning one of my favorite commercials popped in my head that gave off the same vibe. 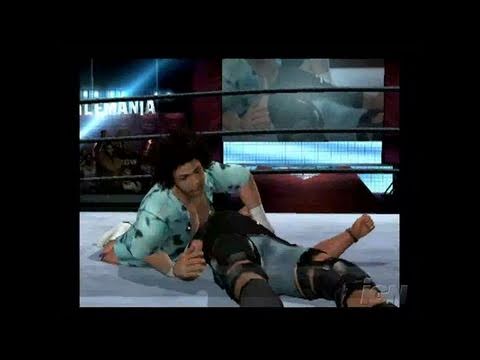 Anyway keep up the good work and I can’t wait to see more!

Actually the more I think about it the more I like jobber as an additional trait mind if I nab that idea?