Hi, everyone. I’m Samuel, the author of The Magician’s Burden, Trial of the Demon Hunter, Captive of Fortune, and Foundation of Nightmares, as well as several WIPs, including Mass Mother Murderer, A Wretched Heart, Winter of the Bovine, The Twisted Village, and The Enchanter’s Misery.

So, I’ve been working at a theater for the past three years. However, I’ve recently been informed that the theater is being shut down, so I’ll be getting laid off in anywhere from 1-2 months.

Now, I plan on releasing The Wretched Heart in a few weeks, and MMM sometime in late Spring. At that point, I would have a total of six published works. I think that with just a little bit extra support, it’s totally feasible that I could forget about looking for another job, and just write full time.

Not only would this make me much happier, but it would mean that I’d easily be able to write twice as much as I do now. So, all of this brings me to a big question. If I made a Patreon, would anyone actually be interested in becoming a patron? If so, what kinds of benefits would you like to see?

Let me know your thoughts.

4 posts were merged into an existing topic: Samuel_H_Young: A general update

You should definitely check out some of the stuff @Eric_Moser has said about his Patreon experience last year. Very enlightening.

well…I heard of kickstarter…kinda hard not to , since y’know…I’m a steam user and they pop up there as recommandation for me . But this patreon thingy? seem like its similar to kickstarter…and the patreon take some of your money . So you make money and they make money .

Should You Use Patreon or Take Payments on Your Own Site? - Online Marketing...

Should You Use Patreon? The primary purpose of the recurring payment platform is to enable a creator to build a base of patrons who will support them on an ongoing basis. The model of subscription-based crowdfunding has been a game-changer for...

my though ? get a job at least…maybe not full time…whats the other word? half time or something , so if this doesnt turn out as you want…you can still pay your rent .

Be cautious about writing full time unless you know you’re making enough money to do it. Most authors make well below poverty level earnings annually. That’s not enough to live off of for most people. Consider taking a part time job until you have enough royalties to live off of. Continue building your brand, name recognition, and other tedious tasks that most popular indie authors are doing now.

I am of a similar mindset, I will get there, it’s just a question of when. I hope you get to that point as well but calculate your current earnings before doing it. A Patreon would have to make a few thousand dollars monthly. Best of luck.

Firstly, sorry to hear about the impending layoff. It’s a really tough thing to have to deal with.

Freelancing full time is hard. It involves a lot of hustle, a lot of discipline, and financial and emotional pressure that just isn’t the same when you have another income stream. There’s also a strong element of not knowing when to switch off. I’m on my lunch break right now, but it took a while to get to a point where I could switch off then switch back in again when lunch was over - or switch off in the evenings.

Doing creative work fulltime is also flexible, rewarding, and joyful. Personally I’ve never been happier in my work life. So it may be that the layoff gives you the opportunity to knuckle down and focus fully on work that makes you happy.

Finance wise, I took a major hit when I lost my day job. I personally would not be able to fully support myself financially without my wife. But you have several games out already gathering royalties, and you know your needs and lifestyle. Maybe it would work for you financially, maybe not - either way it’s important to go ahead with clear eyes. As @Gentlemensgentleman says, look at your income from creative work, go through your expenditures, see what the numbers say. It may be that you’d be better off looking for a day job, or you might decide freelancing full time is right for you. Only you can know that.

Regarding Patreon, I don’t think you lose anything from giving it a go - you have a sizeable fanbase and existing work and if it doesn’t take off, a small amount of money is better than a poke in the eye. A friend of mine who has a pretty successful Patreon told me that offering a small, manageable thing monthly to patrons is a good plan - keeping it manageable to avoid burnout. It’s rare to have a Patreon that can fully support someone financially, but a supplementary income is always useful.

Yeah, realistically this whole idea almost entirely depends on how successful A Wretched Heart and MMM turn out to be. My previous four titles and any income from Patreon would just help a little bit.

Looking at some of other big name authors there’s no way to predict anything:
Eric’s patreon makes 250 bucks per month (surprising its so low), while seraphite’s (? wayhaven) makes 2500 as example.
but given your following, i’d settle you somewhere around 500-1200 per month, depending on the tiers

If you don’t mind me asking, how much money do you have laid up for hard times? That may answer the question of whether you can afford to try and write as a primary occupation, since you’d have to keep on until you had more money rolling in, which would not be immediate. Also, any interest in something else on the side to help pad it out? Uber driving, selling on eBay, that sort of thing? When I was single I didn’t have a full-time job for years, but I made out by stitching together a couple of part-time incomes (working as a school parapro and as a trivia host and question writer, specifically). If you could find one to marry with your writing, you might be able to hack it without much of a wait.

Wow I look at the forums over lunch and for some reason my ears were burning from this one.

Sam, feel free to toss any questions my way, but to be honest, JimD, and Devon Connell, and Seraphinite (especially) are all running circles around me. They are the ones I would suggest speaking with if you have Patreon questions. I’ve been mostly spinning my wheels for about 9 months, which I will try to blame on my full-time job and family/kid responsibilities (although I’m hardly unique in that). I have just struggled to carve out enough free time to “get ahead” on Patreon and build a substantial amount of content for the pipeline.

So 1) tells us that this is meant to be a small source of supplemental income for most folks, but I think most of us already know that. And 2) tells us that it’s REALLY easy to make a Patreon page, and that tons of folks do it without having a plan or the customer base to do anything with it. 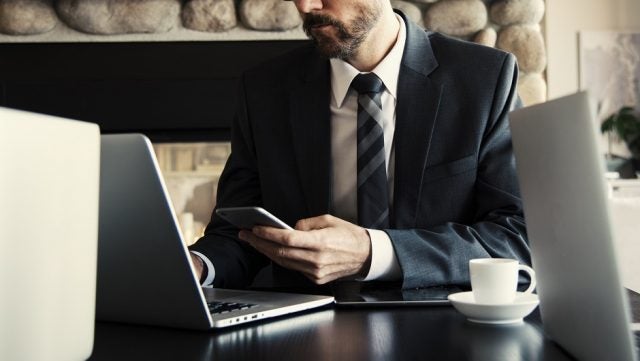 If Patreon is the "economic engine of internet culture," the data-crunching Graphtreon website is that engine's personal mechanic.

I definitely think it’s worth looking into for anyone who wants to start up a little side hussle on their creative work, but I’d be mindful of spending too much time or devoting too many resources into it unless you catch fire.

how much money do you have laid up for hard times?

Let’s just say that being a theater usher doesn’t leave a lot of room for saving.

I’m a pet sitter on the side, but that really only gets me like $100/month.

@eric_moser
Thanks for the perspective. I kinda figured it would be really difficult to get this sort of thing rolling. $2,500 a month from Patreon is pretty astonishing, but then again, Wayhaven might be the single most successful HG title.

Basically my plan was to see if my royalties from my previous four titles, MMM, and A Wretched Heart could hold me over in the time it took me to finish The Enchanter’s Misery. Without a job, I think I could write 14k words a week, so it’d take me about 3.5 months to finish TEM and submit it to HG.

Obviously, I’d have to then wait another 7ish months for HG to publish it, but in the meantime, I could bust my ass for two weeks and turn TEM into a novel like I did with MMM. That could potentially tide me over for a little while longer, especially as it’d be my seventh title.

I should also mention that I really wouldn’t require several thousand dollars a month, as some people suggested. I’ve lived in poverty my whole life, so even $1,500 per month could do it.

So the question is, could I make $6,000 in 4 months from Trial of the Demon Hunter, Captive of Fortune, Foundation of Nightmares, The Magician’s Burden, A Wretched Heart, and Mass Mother Murderer? Maybe.

Honestly it depends on how you live, if you are willing to spend very little on yourself then it might work. But it depends, me personally i would recommend having a full time or part time job to fall back on. But if you feel like its the best for you if you do this then by all means go ahead and pursue your dream.

As it’s related:
I just saw this on my timeline:

I don't want to be doom and gloom, but Patreon is about to eat itself. Or, more specifically, the investors who demand geometric growth are about to demand Patreon eat itself. cnbc.com/2019/01/23/cro…

maybe patreon is not that good an idea anymore?

(I use tipeee, which is nearly identical, but european based)

Patreon’s been going through a LOT of controversy the last few months, but it seems to be working well for a lot of people. But I’m not sure how safe I’d feel having it be a primary source of income.

I’d be counting on my six titles for the primary source of income, which, admittedly, is still tenuous. Patreon or another program that is similar would just be there to help a little more. Though no one seems particularly interested so it’s all just a moot point anyways.

I didn’t know you did Magician’s Burden, which had real potential. I would be willing to support a little on Patreon. I would be willing to contribute more if I could be involved as an editor, and would want my name listed accordingly. If you look at my comments, you’ll see I’ve provided some quality feedback.

I also would like to throw out another idea that no one mentioned. Consider spreading out your forms of revenue aside from Patreon like Paypal, Memberful, LiberaPay, and SubscribeStar. Patreon takes 10% of your earnings versus Paypal which takes only 2%.