Continuing the discussion from Why are there so many HGs genderlocked to male?:

Okay I’m really curious which you guys prefer. I think logically a game with an MC whose gender is nowhere stated so it’s entirely up to the players imagination should be the same as where we can choose the gender, but the difference is only an s as @MadMinnie put it. I wonder if I’m the only one to whom there still is some difference and would rather choose the MCs gender even if thats the only difference it makes.

So, there’s actually an interesting problem here, in that people don’t actually seem to understand games without the PC having a defined gender. Undercover Agent got complaints that it was genderlocked both male and female when it didn’t define the player’s gender.

Really? It never defined it? The cover art was an odd choice if they were going for an indeterminate MC.

Oh I won’t argue against that, but if that was the only deciding factor in people interpreting the gender of the PC, we wouldn’t have gotten complaints about it being locked to male. The thing is, we got complaints for both.

My point though, is that I think gender plays a factor in people actually connecting to a PC.

Not having played it, I wonder if the complaints of it being locked to male came from people just making the assumption it was a male based on the genre. James Bond casts a large pop culture shadow.

So, there’s actually an interesting problem here, in that people don’t actually seem to understand games without the PC having a defined gender. Undercover Agent got complaints that it was genderlocked both male and female when it didn’t define the player’s gender.

For me personally I wouldn’t say I didn’t understand it so much as it made me feel a little unmoored and detached from the MC, but I notoriously self-insert into IF so maybe that had something to do with it.

For me personally I wouldn’t say I didn’t understand it so much as it made me feel a little unmoored and detached from the MC, but I notoriously self-insert into IF so maybe that had something to do with it.

Right, and I think this may actually be a significant factor in why there are so many games genderlocked to male. Many authors do the exact same thing, and, in absence of a reason to do otherwise, they just make the PC presumed duplicates of themselves. (Of course, it can’t be the only explanation because at least one game genderlocked male was written by a woman, but I think it’s a major factor.)

I know people noted they read the MC in my thing calling an NPC ‘dearie’ as female, likewise having an NPC (gender set by player) call the MC ‘darling’ (mockingly/condescendingly) was read as the npc being gay/a woman.

This old thread Is gender of MC important? hashes out some of these issues quite interestingly.

I mean, I (and other trans people) have experience with this IRL. There was certainly a degree of people “correcting” my speech and behavior when I first started transitioning.

I mean, it’s pretty much all cultural isn’t it? Prior to the medieval era having gay sex was pretty normal for soldiers and high heels were originally made for men, while nowadays a gay man wearing high heels would absolutely be assumed to be weak (unless, you know, you actually know any crossdressers, because if you do, there is one thing you know, and it’s crossdressers are rarely someone to mess with).

Allow me to bring up HR here:
As this is one of the major things that really irked me there:
You have the ‘Zehirs’… which, given everything that we learn about them, might very well be regular cis, trans etc people who do not adhere to stereotypes. As in, Zehirs are hated because bystanders can’t know how a couple has sex by just looking at them.

It is something that’s still extremely bothersome. I don’t know any other game in the library that would do such a thing.

SoH is a different can of worms, but I only know that from hearsay.

Edit: unrelated to the above but maybe interesting in the topic’s context: 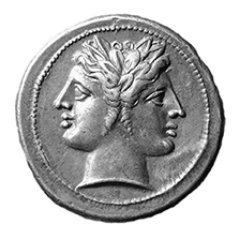 The Victorian era witnessed the appearance of an overwhelming number of female literary detectives. The rush began with the debut of Mrs. Paschal, a detective of “vigorous and subtle” brain who works for an all-women branch of the police department. laphamsquarterly.org/roundtable/lad…
4 Likes
Eric_knight December 11, 2018, 12:37am #11

I think it is most likely a part of human nature that when something not “properly” defined … we tend to “over” interpret the circumstances … it is not solely in term of undefined gender, but it is in term of any undefined sequence … it is something i notice based on multiple “undefined” plots or ending from a movie , tv shows and even novels, when there is an undefined nature within the story … fans tend to interpret them from the smallest of hints within the story , and suffice to say that everyone’s interpretation may differ from one another … unless the author or producer officially stated the outcome of the nature…

when there is an undefined agenda, it will most likely promote confusion from casual readers who are getting used of everything is as clear as water … even if authors try to explain readers will play as themselves , i don’t think many will notice or care for such declaration …

I didn’t buy it either, but found it odd that this one got so many comments about not being able to play male/female when there’s a few undefined gender games out there that I don’t think have received that response (have they?) and “you” is a pretty neutral term to encompass everyone. Perhaps if the illustration had have had both a male and female spy on the cover (or a scene where it’s not definite what gender the spy is) it might have made people less likely to jump to conclusions?

The idea of a female spy is still novel and unexpected. When that idea is presented in the forefront as it was with the cover illustration, expectations are reinforced that you’ll be able to play a female spy…

Marketing is very powerful and it is one area CoG/HG needs to up their game on.

On that note: who does the illustrations for the trailers?

I wonder if I had the player name their character before the flirting, if that would have addressed this issue?

From a purely personal “how I play games” point of view, naming my character is essentially the same as selecting a gender for me. But maybe having a potential romance scene before you really set up anything much about the character would lead a player more easily to assume a gender.

My problem with adding in gender selection was that setting out to write I very firmly did not want gender to play a role in how the story unfolds. So it felt misleading to have it be a choice? I feel I as a player, once I play a game, will go back and play it over again, trying different choices and pushing to see how different a result I can get, and if gender is an option I’m going to assume it has at least some effect.

So it felt misleading to have it be a choice?

It seems from these discussions as if the majority of people will play as themselves rather than a completely imaginary character, so will not go back and select another gender to see if there are any differences. It’s about the pronouns/character visualisation and doesn’t have to have any other impact in the story. Not having a go at you for writing it the way you have, (I have an IF story that never defines gender as well,) but it seems as if it is something many people like to have rather than leaving it undefined. Still, it kind of seems odd to me that this one in particular got singled out when a number of others like the Fleet and Diabolical didn’t.

hi… hope this help, as i copy and paste it from the Demo

" Karl has quite openly flirted with you the last two times he came by the office to see his father, so you feel fairly confident about your chance of success. You grab two glasses of champagne off a passing waiter’s tray and approach your target."

I feel that, the moment when i start to engage myself with my MC … the occurrence of Karl openly flirt with me and my MC set him as “target” may give impression that my MC could be a female

However , this is just my personal opinion, i am not sure whether it is the same factor for others

The idea of a female spy is still novel and unexpected.

“Female” or “female-presenting” – which do you prefer?

However , this is just my personal opinion, i am not sure whether it is the same factor for others

I totally understand and really do appreciate your response and feedback

And I absolutely get it. Using seduction as a tool in such a common trope in the spy genre, regardless of the gender of the spy, that I really thought it wouldn’t be so automatically associated with a a female MC. But I feel like this has been quite helpful to me in figuring out what went…I don’t want to say wrong but exactly where the wrong impression might have been given, between your feedback and with everything else discussed already.

I do wonder if a different ordering of events (moving the first encounter with Karl until after you’ve started to engage with the MC and defined who they are as first) would have helped. Or if without defining your gender people would always be more likely to assume Karl’s interaction with you makes your character more likely to be female.

Perhaps, before further intimacy with Karl… MC be given a choice on what they feel about Karl?
I had seen it elsewhere where MC be given choice on their feeling towards a potential RO such as :

If MC pick choice 1 and 2, then there could be scene for intimacy like flirting … else it could be fully professional interaction or friendship ?