It’s been a while since I’ve been trying to create an anime-like story with several female characters, but I have a little problem.

If I make the game with this story, I would limit the love interests of the player to just female characters since the story would look strange if I put it another way.

What should I do?

Or you could genderflip, instead.

since the story would look strange if I put it another way.

Why would the story seem strange? May explain that to begin with. Then we can give you better feedback.

I could put on male characters, but they would end up being few and would hardly appear because of the story.

Well, I don’t think it’s actually that bad most of the time…

But, as @Sammysam said, we can’t really offer much advice without knowing more about the situation. Is this a harem story, or something?

I might be misunderstanding what you’re trying to saying here ( and if I am, feel free to correct me ) but it seems like you’re saying you want to make an anime inspired game with the romanceable female options being representative of different anime tropes like tsundres, yanderes, etc.

If that’s the case though, you should know there are many male versions of these tropes. Inuyasha from the anime of the same name being a great example of a male tsundre.

Either way ( whether I misinterpreted your intent or not ) if you want to make a game with solely female RO’s then that’s your choice. There aren’t many in this forum who would harass you for making such a choice.

I was gonna say, Zaleth from my story, The Magician’s Burden, has been called a tsundre before, despite that title usually going to females.

I feel like if you wanted to put male romance characters in your story, you could. Whatever reason there may be for you not wanting to do that initially, you’ll be able to overcome it easily or find a smooth way around it, depending on what kind of issue it is. If you don’t want to, though, then I guess just go ahead with only having female ROs.

Your story, write it the way you want to. I do agree though that your not putting out much to work with about HOW making the ROs both male and female would make the story strange. The only think I can think of is if you’re going for an ecchi feel (tripping into the tsundere’s breasts or her crotch) which would seem strange for a male. Is that it?

Thanks for the idea, maybe I should study some male characters before making the game.

Yes, this is. until now at least

basically. if I were to make such a scene inside the game, that would be strange if I just changed the character’s genre.

even though the Ecchi is not going to be something exaggerated, I’ll only use it to do some funny scenes.

But of course, you don’t have to write all those E scenes for the males if you don’t want to, especially if they don’t make sense.
I mean, everyone love fanservice. That’s one of the top reasons I watch anime

I second gender-flipping for a cute male harem.

All of these are great ideas.

There are many anime with fanservice using males(like Free

Eh, I’m more of an ass person myself.

You know I’ve never understood this argument. I mean that honestly, in that, I’ve always wondered why and how it is people find that flipping a character’s gender takes away some of their personality? I just feel that personality is… independent of gender?

Maybe this is just me but… The argument has always confused me slightly, aha.

I can kind of see where the OP is coming from because. Well for starters, an established character is someone who you can identify, know, and has a place within the story. I have a hard time justifying a gender flip due to certain things not matching up when it’s done. Genderbend is a common practice but for the most part it could come off, what’s the word, “Inconsistent.”

To successfully genderbend a character you must keep all their preferences, likes, dislikes, and overall appearance except for the gender part mostly the same.

Imagine an iconic character like Goku per say, and make him a female saiyan. That’d change… well a LOT of things. First off, Gohan wouldn’t exist. That’s a plothole. Second off many things in the story would change. Encounter with Bulma is one of them.

I also feel like the character’s personality is undermined. Having no official gender or background makes them seem like someone who is a character depending on how you interact or perceive them. While that CAN please the reader, it will certainly take creative freedom away from the author as scenarios they had in mind becomes impossible due to having to find a “gender neutral” agreement.

lol if Goku become a female…then chichi can be the man . As for the encounter with Bulma , one of the nice change is that Goku’female won’t smack her in the panties to see if it’s a female !

I played the witcher 3 on the insistance of my friends , they kept sending me screenshot while I had my nose deep in DAI . When I caved and played it…the whole time , I imagined Geralt as Geralda…it was alot of fun .

Alrighty then, explain how Goku is gonna save the world while pregnant and with several other children, LOL. But ya, maybe that wasn’t the best example. But the point is that it can kinda mess up a lot of things that require a workaround!

Witcher 3 tho… that game, aah. I still have nightmares.

well let’s see , Gohan was born during time of peace . Then raditz showed up .
Then during the cell game , chichi was pregnant before the fight started . So…yeah , I can easely see a pregnant Goku on Kami Look out! I mean all Goku did is teleport , tell cell to wait some more until the cell game started lol .

Now…I wish I grow up with this version

I just want you to know buddy while I appreciate lesbians if you tried to force me into a romance I will intentionally choose the path where I end up with nobody. 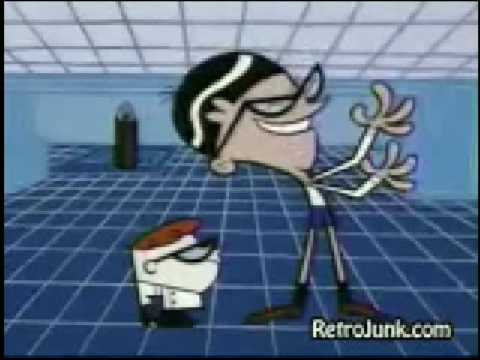 It wouldn’t be the same to me…;; I don’t think I can just genderflip Goku and then go about my way of not caring.