What do I do after downloading/extracting Node.js and the choicescript folder?

Hi all, I followed the start up instructions here and clicked run-server, but I have NO idea where I’m actually supposed to write the script, and where to “upload” my script to actually play test it to see if everything works.

I just want to know where I can actually start (like name of the folder? App?) or if there are places that improve the UI and make everything digestible (preferably without drobox, but if I need I’m totally fine with using it and paying the $10/month).

Maybe YouTube videos that SHOW everything start to finish, from downloading the needed things to showing the actual file to open to write the code, where to save it, how to play test it, etc… I’m just really frustrated rn and most guides I see are about the actual CODING issues and not where to actually start and where to write it/upload it.

Thank you in advanced!

Would you be comfortable using a fan-made editor? 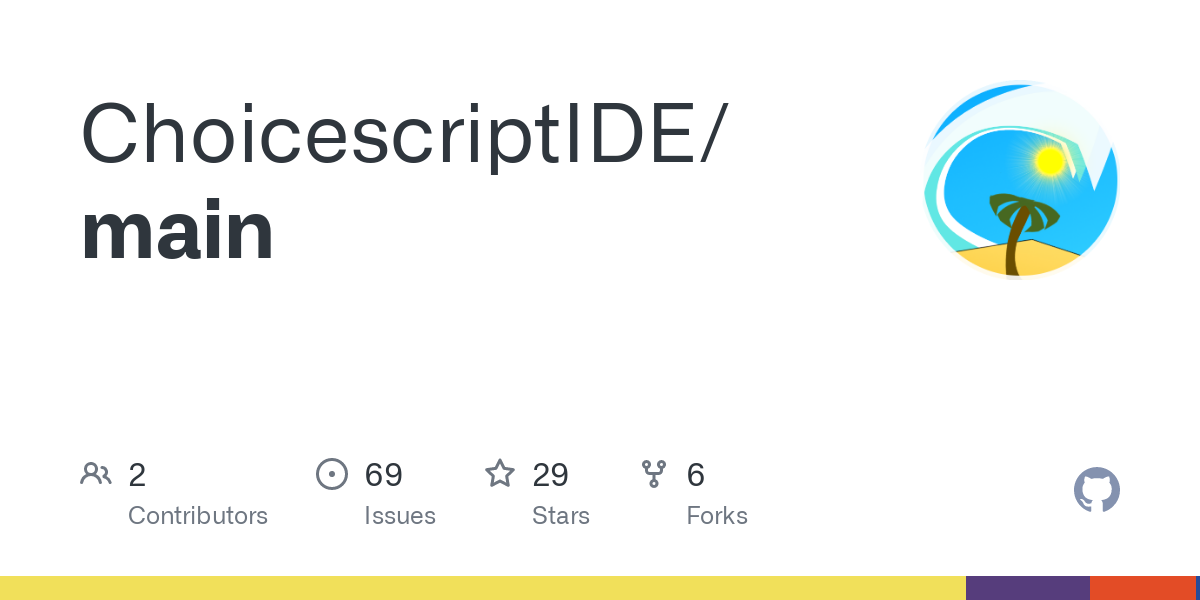 Contribute to ChoicescriptIDE/main development by creating an account on GitHub.

I think I want to learn how to use the original program for now just so I can compare the two. Does that use the same coding and different Ui, or is it super different…?

It’s like a middle-man, takes your typed ChoiceScript code and passes it to the engine underneath to produce an output like you would if you go through the node.js route. In fact, you can type all the CS code in a typical text editor (or any other code editing software like Atom or VSCode), and just open the text files using CSIDE, then run it.

The node.js route is relatively more hassle when CSIDE has a build-in way to run the code (show you the result), thus is my go-to recommendation for people unfamiliar with web development stuff and can install an executable file on their computer.

The relevant CS code (in text files) you will be editing or adding/deleting should be inside choicescript/web/mygame/scenes/ directory from your originally downloaded bundle, independent of the node.js part of the instruction. Once you are ready to share your game, these text files are the ones you upload to dashingdon (a fan-hosted service, not official), or if you want to host it elsewhere, feel free to ask on the forum by then for alternatives.
(Dashingdon: Free ChoiceScript Game Hosting)

I personally really like VS Code as well. @Sargent developed an extension plugin to work with ChoiceScript

Hi, I can’t find the my game/scenes in the extracted files. I only find “mygamegenerator” but it wouldn’t let me open it, with error saying “object expected,” code “800A138F,” and source “Jscript runtime error.” Unsure what I did wrong.

Ok, I thought you downloaded the below zip from the instruction page along with node.js stuff, but no problem, here’s the link to the choicescript source files (without node.js):
https://github.com/dfabulich/choicescript/zipball/master
(as linked from CoG website Introduction to ChoiceScript - Choice of Games LLC)

Assuming you are installing a version of CSIDE (for windows or mac) based on my previous post’s information, you can now open the web/mygame/scenes files using the CSIDE editor to test the example code that comes with the zip, or start from scratch.

Sorry for all these questions; I thought I was supposed to open the mygamegenerator from the download link on Introduction to ChoiceScript. I had already downloaded that before this post, but was unable to open it from my extracted files. However, I tried using CSIDE and got to the a screen where I was able to type and “play” the code to test it out.

The code is written in colors on a black screen in the middle, and on the right it’s white showing what it would look like if it was an actual CoG game. Was that the one you were talking about?

Ok, that’s fine if you see some code example and how it runs. That’s the CSIDE editor.

As for that zip file, it should have included a lot more files than mygamegenerator.js (which is not used by us, only by the engine itself)

screenshot203×712 42.8 KB
From there go into web/mygame/scenes/, that’s where the CS example code are stored, which you can look at to learn from, or safely ignore.

When using CSIDE, your CS code files can be stored anywhere, not necessary to be inside that web/mygame/scenes directory. Every project just want a startup.txt and choicescript_stats.txt to start with. For a small project everything can be written in just these two files. For larger projects it would make sense to divide up the rest of the story into chapters. But this is getting ahead of ourselves. Try a very simple/short story and see how the basics work.

I see, thank you so much for your help and patience! I think I finally got it ^^