(The man with the what?)

I’m assuming it’s a squid beak? (One of the ones I haven’t read if I’m honest.) 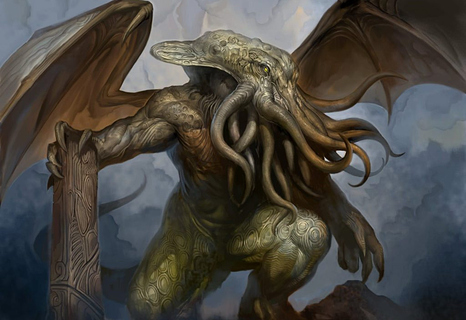 Edit: Do we not have a 20 char limit any more?? How’d you do that? (Anyway that’s probably too off topic for here.)

There is definitely a higher probability that if you joined the adult readers thread you will be willing to comment more since it shows you can be fucked simply joining the group, but at the same time 3k people who are a bit more committed then others does not necessarily mean 3k active participants or even active readers. For instance Stern Hand has been out for a little while now and has 128 comments however that’s been from only about 30 something people. Since out of those 3k not everyone will want to go on a BDSM socialist lawyer adventure since I must admit that demographic is slightly niche. So while I agree with you that if you are in this group you are probably an active reader, I imagine only like 10%, which is a very generous sum, are active participants.

@Eiwynn I keep replying to the thread instead of the commenter…

Your numbers are way off. 14k accounts stretch all the way back to when CoG forums were established 9+ years ago… the 3k number is more accurate of the active population.

@Eiwynn I keep replying to the thread instead of the commenter…

Yes yes I know it was merely an extreme example and you are completely right. I do think my general point still stands though that there is most likely a large group of people being being isolated wether they themselves know it or not.

@Eiwynn
I FUCKING DID IT AGAIN AAAAAAAH
but thank you <3

I do think my general point still stands though that there is most likely a large group of people being being isolated wether they themselves know it or not.

I have to point out that newcomers have the responsibility to read the FAQ when they sign up. Of course, it is exciting jump right in to the discussion but overall, each member should at least be aware of the basic layout of the forums and it’s rules.

14k accounts stretch all the way back to when CoG forums were established 9+ years ago… the 3k number is more accurate of the active population.

Yeah, the population of the forum fluctuates wildly. I was a lurker for 2-3 years before joining in 2016, and many of the people I liked the most haven’t even logged in at least a year. I hope they’re okay.

But I agree, 3k sounds about right for active members. It honestly feels a little high, since I only really see maybe 2-3 hundred unique posters in a given month.

People are dumb though to be fair

I’m pretty much middle ground when it comes to the adult content tag or rating but I can see why it’s seen negative by some people:

But all in all most people are happy about the adult section. I’m mostly just giving examples of why someone would be upset.(did…did someone already say these I haven’t completely read the thread.)

To be honest, there are way more people who come on to look and play free games or demos and then download the game when it’s available. Which means that games or demos that are in the adult content tag have a lower chance of getting many views. A great example of this is one demo on this forum has 106k views but a demo on the adult tag has 5.4k views which both demos are great but it’s easy to tell the difference in viewers.

In my opinion, the discrepancy will decrease if newcomers take the time to read the FAQ before diving in. If I remember correctly, the Adult Thread paragraph has been there ever since I joined, which was four years ago.

June 2017, iirc. I remember it being a pretty big deal for about a week, maybe two, when it was first announced, and the tutorial on how to opt-in was created. Then it kinda just went by the wayside until a couple of months ago, which I applaud. I’ve been very open about my opinion on age-restricted content. Sometimes I feel it might be too lenient, but I completely digress.

Well, I always thought it was there since I was joined.

Though I wasn’t as active until 2017 or is it 2016? Though I must have been the only person who read the FAQ once in a while.

Unfortunately, most people don’t like to or won’t read the FAQ on sites(including me), usually for the reason that the questions are usually the same on most sites. Also, I wasn’t told about the faq when I first joined I wasn’t given a notification or anything really.

Iirc, staff attempted to remedy this by providing a badge for reading through the Welcome and FAQ. Even if it was required reading, a vast majority of people would just treat it like ToS and scroll past to get the acceptance.

I don’t honestly know very much about the forum platform CoG chose to go with, but if it is possible, age-restricting certain things might be a good idea.

But then, even if it’s turned into “only visible to 18+ people”, you have the issue of folks who genuinely don’t want to read adult fiction. Perhaps they don’t like gore/erotica/horror/traumatizing visuals involving children.

I think, as it stands, the way it currently is is the best option staff has. There’s not much more they can do, at this point. The editable directory of Adult WIPs is pinned, as is the Welcome page.

I mean, we’re kind of putting the horse before the cart, in regards to potential sales, too, since there is currently no true path to publication for the adult WIPs.

Personally, if not for the Wayhaven NSFW thread, I wouldn’t have opted in for the adult section

My understanding was that it contained just NSFW content discussions, which were threads I rarely viewed.

The change for the adult section to include WIPs too is fairly recent, so I think not all members (especially those who have not been as active) may be aware that this has become a thing. Should they return to find that the WIP they’re following is suddenly missing, and should they not be part of the adult section, they might wrongly conclude that it has been discontinued. Also, new users of the forum may also be unaware that such WIPs even exist.

Nonetheless as some have brought up, this is slowly changing. From what I’ve seen, more and more users I see do have access to the adult section, so I think the likelihood of a decrease in viewership should become less of a problem with time.

To be fair, NSFW doesn’t just involve erotica. I’m pretty sure my boss would be incredibly concerned to see a story involving explicit depictions of war, violence, murder, and the like, as well. Hence, Not Safe For Work.

Also, re: people not knowing. Honestly, if people don’t read pinned posts, they should make it a practice to do so. Things are pinned for a reason. It’s unfortunate that readership may be impacted due to this, but it’s frankly a good CYA move by CoG - if they label explicit content as explicit, it protects them should anything bad occur due to said explicit content.

(also I promise I’m agreeing with people, but I have 9 hours until my hearts recharge, woops)

Also: edited to be a little bit less harsh. I don’t want anyone to feel hurt/attacked by a generalization I make at 10 o’clock at night on a work night.

Unfortunately, I don’t remember how FAQ was presented to newly registered users. If there’s no notification, then there must be a way to set it.

Unfortunately, most people don’t like to or won’t read the FAQ on sites(including me), usually for the reason that the questions are usually the same on most sites

Even though it is a chore for some, I still encourage people to actively look for the FAQ because one forum doesn’t function the same with the other forum. But I suppose this is a topic for another day.

But it seems now people are becoming more aware about the Adult Thread. Old members should help the newcomers if they have questions and I hope this lessen the discrepancy in the long run and dispel any misinformation.

But it seems now people are becoming more aware about the Adult Thread. And old members should help the newcomers if they have questions

This is a good point, as well. Should people inquire about lost threads, it’s a simple link away. Should they also inquire about NSFW threads, if they’re super new, once again, just a simple click away.

Some of my dearest friendships began on this forum.

I agree that pinned posts and guidelines should be read, but unfortunately not all do this. It’s also why some ask for updates to a WiP, why there’s always someone asking for Jason’s email in a beta testing thread.

was just putting forth some reasons why I feel authors may worry.