This question might be a bit offtopic here given how it’s about the first game not this one but I’m still in the process of making characters for this one; anyways can someone tell me if it’s possible to get legendary eloquence in The Hero of Kendrickstone? And if it’s possible then how?

Thanks. Thought I was missing something.

My favorite playtrough is my Eloquence+Prowess character, who have the Sword of Kendrick Giant-Slayer. I started as an unknown in Hallowford and at the ending the people of Hallowford revised m recognized him on sight.
But I don’t think they like him, because he stole the Heart of the Ever Living.

Alright, I finished this game a few days ago, and I just found this forum, so here’s some feedback on my experience.

Overall, my two primary issues are with the beginning, and the end.

Why I didn’t like the beginning:
I’m not a fan of prologues that drop you into the action, then suddenly pull you out of the action to place you at the beginning, then progress until you get to that action only to timeskip ahead to the point that you left off at.

Also, I personally would have preferred that the prologue actually took place within Kendrickstone itself. Maybe a sequence where the MC is settling into their new lifestyle when they receive the message. What are the responsibilities of our new position? If we didn’t get an official position, are we still serving our mentor? If not, what have we been doing these past six months? There’s only one or two paragraphs that touch on this at the beginning, and I personally would have liked to see more.

Why I didn’t like the ending:
I think someone already mentioned this, but it felt just a bit too abrupt. We get to the final room, we fight the Ever-Living, then we either do what we went there to do, or Mundy steals the heart. It just feels anti-climactic. There’s no real ‘confrontation’ or ‘bossfight’ - at most you knock someone out. Then afterwards we’re just told to leave. We don’t get to see the outcome our decision had on the town, or what happens to Lucan or Michael now that the balance of power between them has shifted. If we convinced all the guilds to join Michael, what next - do they regain some influence in the town’s council? We’re told what’s going to happen, but we aren’t shown.

The game indicates that we’re going to have to deliver a report back to Duke Leofric, but we don’t get to see this either - one of the issues raised by Lucan was that the Duke might attempt to put the city under his personal rule. What if there was an option to convince the Duke to do that? Where our report could say something along the lines of: “Everything is fine and the problem is taken care of”, “Send some troops to help Michael restore order”, or “Hallowford cannot be trusted with self-governance and you need to take direct control” - another Freedom vs. Order dilemma.

And I feel like there could have been better outcomes than the choice we were presented with - why not devise a scheme to lure all the Ever-Living out and then kill them on the surface? Why not find a way to permanently sever the connection between the Ever-Living and the Heart in a way that doesn’t remove all the positive effects it has on Hallowford?

I get that these games can take a lot of work, and many of these suggestions could be difficult to implement, but it just feels like something was missing.

Overall I liked the game, I just feel like it could have been better.

Overall, my two primary issues are with the beginning, and the end.

These are good points, especially about the beginning and the ending.

The Beginning was blatantly experimental. I needed to do a lot of establishing stuff, and CoG still prefers openings to start in media res so I tried to compromise by setting most of that establishing action in flashback.

In hindsight, I realise there were probably other ways I could have done that. Whether they would have been better ways isn’t really applicable at this point. I might try something like it later down the line.

The ending was designed as sort of a low-key cliffhanger. You make your decision, and the short-term response is that you have to leave town. The long-term plan is to actually start the next installment (tentatively called The Bandit-Lords of the Iron Marches) with filling out some of the aftermath of your decisions in Hallowford (that report to the Duke may play some part in it).

That being said, the ending has kind of been a sore point for a lot of people, so chances are, I won;t be trying something that abrupt again.

tentatively called The Bandit-Lords of the Iron Marches

If you couldn’t, I’d have to pick a different name.

My character is Pragmatic/Order, so to him it is better to put a Bandit-Lord (or maybe an attractive Bandit-Lady

) in power, than to let the Iron Marches to continue the lawless land it is. If the only way to bring order to the Marches in through a Bandit-Lord then he will do it.

And he will want to increase his connection of magical artifacts too. The third in the connection.

My character is Pragmatic/Order, so to him it is better to put a Bandit-Lord (or maybe an attractive Bandit-Lady

) in power, than to let the Iron Marches to continue the lawless land it is. If the only way to bring order to the Marches in through a Bandit-Lord then he will do it.

My Pragmatic/Order mage doesn’t believe a society built on banditry is self-sustaining. Eventually they’re going to run out of things to loot, or the bandit’s corrupt underlings will betray their leader, or the Bandit Lord’s territory will get so big that rival kingdoms can’t just ignore him any more. That will ultimately bring more chaos to the Iron Marches in the long run, instead of simply waiting for the area to stabilize naturally as Adventurers gradually clear it out.

Also he’s going to kill Mundy. Bastard stole the Heart. My mage tried to side with Michael because he wanted other mages (himself included) to be able to study it, instead of leaving it solely in the hands of the Cryptkeepers, and the reason he didn’t steal it himself is because it would jeopardize his position in the Duke’s court when word inevitably got out.

I think there are several Bandit-Lords, and not all of them want to be a outlaw for their entire lives. So siding with one who wants to rule and help him/her/them to found a duchy/petty kingdom will be my MC preferred solution.

My MC is with good terms with Mundy. They were the only one who approved of his choice to steal the Heart. I hope I can be friend with Selim again, he doesn’t like my MC after what he did.

“Forgo eating for a month or buy that ancient tome of arcane lore? Decisions, decisions.”

Of course, a low Will MC might never make it through an old book. 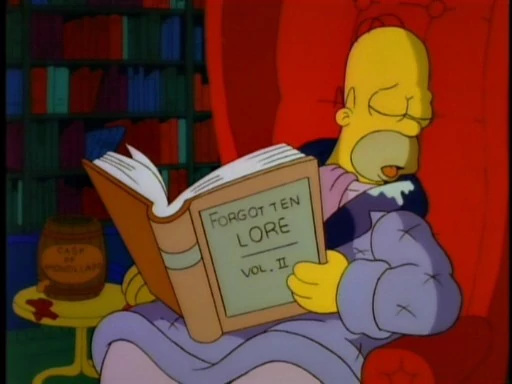 Will doesn’t seem to be an indicator of intelligence, though.

Enjoyed the game, excepting the ending, but I did have a problem making a save. Did anyone else have an issue with that?

My Pragmatic/Order mage doesn’t believe a society built on banditry is self-sustaining.

No need for banditry anymore when you introduce taxation and/or tributes.

Enjoyed the game, excepting the ending, but I did have a problem making a save. Did anyone else have an issue with that?

The option never came up for me. I assumed it hadn’t been added yet for some reason.

…Anyone else having trouble importing saves?

What kind of trouble do you have?

Importing my characters into Cryptkeepers of Hallowford from Kendrickstone, been so long since I last played.