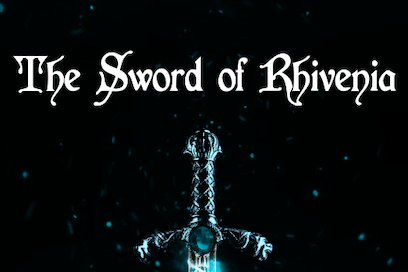 The War of Three Brothers, which took place ten years ago, changed the unknown fate of Rhivenia. The Sword chose Prince Charles to rule; however, his brothers dared to go against its choice. Prince Charles gained victory over his brothers, who were the victims of their greed. Executing all the traitors, he strengthened his reign and became the rightful king of three kingdoms. He’s been living a peaceful life with his two wives and four children until an unexpected enemy shows up.

You play as one of the heirs, who may be chosen by the Sword once King Charles dies. Are you worthy of the throne? Or do your siblings deserve it more than you do? What kind of heir will you be?

“The Sword of Rhivenia” is a 750,000 word interactive medieval fantasy novel by Ayan Mammadli, where your choices control the story. It’s entirely text-based—without graphics or sound effects—and fueled by the vast, unstoppable power of your imagination.

• Play as prince or princess.
• Customize your appearance and personality.
• Build friendships and make enemies.
• Be chosen by the Sword or stay as prince/princess.
• Betray your kingdom or be loyal.
• Get married and start a family.

@Nutellaqueen developed this game using ChoiceScript , a simple programming language for writing multiple-choice interactive novels like these. Writing games with ChoiceScript is easy and fun, even for authors with no programming experience. Write your own game and Hosted Games will publish it for you , giving you a share of the revenue your game produces.

Finally! it’s a great game! I made a Patreon account just to be able to play. I can’t wait to see the final version

Congratulation! I enjoyed the full game a lot, can’t wait for the next book.

Congratulations on the release @NutellaQueen … Already fined few different playthroughs. Looking forward tp the next part and G’Luck with it.

Finally experience the phenomena related to the art of government based on the political writings of the modern age.

So far this is my favorite book this year. I’m looking forward to the next one.

Finally! One of the best games so far.

Please tell me there will be a sequel. I already binged through this one it was so good!

AHHHHH I’m so excited I literally just played the demo like two weeks ago omg!!!

I’ve been waiting so long for this

but I’m a bit disappointed gnl, everything went really fast after a certain point, I felt like some choices were not clear (what they outcome would be) and I wish there were more choices to certain scenes, or at least different choices. still, I’ll be waiting for the next book

So how does we make atheris a queen? Always support her but still no coronation for her

How to download ? Link not appearing and couldnt find it on playstore either

My MC had with Atheris the worst relationship of all siblings and she became queen. Although I had no competition with her. I also didn’t support any of the siblings when there were options like "Who do you think should be chosen? ".

if im not mistaken, you have to have a high relationship with her, not enough leadership points and have rival points woth richard in order to make it choose her.

You don’t need to have a high relationship with Atheris for her to be queen.
You just need to have more Rivalry point than Friend point with Richard and less than 66 in Leadership.

I have a question regarding the RC Deamir: What should I do for him to confess his love and marry him?

I played the game 3 times in the hope of kissing him, being in a romantic relationship with him and finally marrying him but the only thing I earned was a hug and the few tips given in the story acknowledging his feelings for me but he didn’t say anything to me. Also, we survived the epidemic, Prince Erwan is still a threat and hasn’t taking action.

Thank you for any help

Daemir is interesting because you need to be up front about your romantic interest in him from the moment you meet him.