You have to ask the author for the specific choice.

Can anyone tell me how to find the MC kidnapper path?

Baught this game on a whim and wow its good the only problems I could find were when junshi’s pronouns got mixed up so she was called he and him. And a small coding error 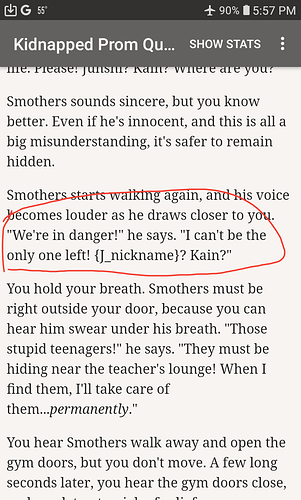 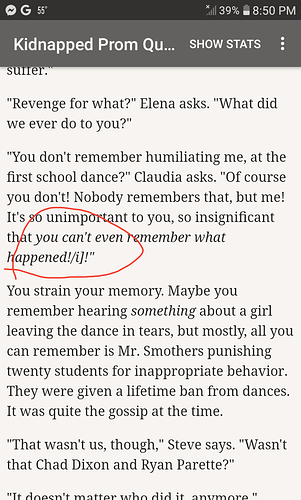 Oh! But there’s no romance on the game so I don’t think you’ll be forced to romance a girl if you don’t want to)?

Many people have already asked but how do you get the evil mc route?

Well, when the narration implies that I thought about asking a girl, I don’t exactly feel comfortable with that.

(Plot spoilers have been blurred out, but there may be a few generic gameplay spoilers here).

Thoroughly enjoyed this game! It was a fun little distraction

Anyways, all in all this is a fantastic game and I sincerely hope there will be a sequel or spin-off!

I don’t know if this is the evil MC route but: You have to unlock all the endings. Then, (and big spoiler here) you have to go see Jun-Kun and he will tell you the machines that were used to kidnap you were his inventions. Later, you’ll have 2 options, choose the one where he’s the real culprit. Enjoy the rest.

Eh I find the game choosing the motivations for the actions I choose to make a little irritating. Like that wasn’t where my head was at when I made that decision. It made want to restart just for that.

Bought it. Tried it but wasn’t able to get through it, just wasn’t feeling it.

That being said despite not liking it personally, there were no issues with it.

The game flowed reasonably well of what I read at least. I could understand it, the grammar and narration was well made. The characters themselves didn’t seem overly one dimensional for a high-school style story. The puzzles were ok. I just in the end for some reason couldn’t get into it that much and was unable to stay intrested in finishing it. I don’t know why, but it certainly was not due to the writing.

I’m noticing that Jun is referred to as both he and she, alternating pretty much every time they’re mentioned. Not a major problem but I will admit its starting to confuse me

Just replaying this game again and still love it, hope more choices of game or hosted game will be teen centered mystery like this