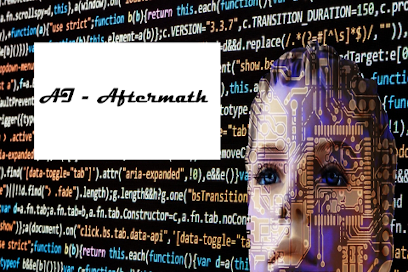 Unleash your psionic powers and help your eternal lover in their quest of preventing the imminent AI apocalypse!

AI – Aftermath is a 36,000-word interactive science fiction novel by Ivailo Daskalov, where your choices control the story. It’s entirely text-based—without graphics or sound effects—and fueled by the vast, unstoppable power of your imagination.

You must set out on a mission of saving the world from an imminent apocalypse caused by malevolent AI activity. Along the way, you’ll meet your lover, and help them choose who they are in this incarnation. Together, convince the forces of heaven and a beautiful fairy being to help you in your mission.

• Play as male or female, gay or straight.
• Rediscover your eternal love.
• Choose between his/her four aspects.
• Wield psionic powers.
• Recover from the traumas of AI wars.
• Change the timeline to a better one…or not.

Ivailo Daskalov developed this game using ChoiceScript , a simple programming language for writing multiple-choice interactive novels like these. Writing games with ChoiceScript is easy and fun, even for authors with no programming experience. Write your own game and Hosted Games will publish it for you , giving you a share of the revenue your game produces.

Dystopian future is not really my choice of story,but I’ll try to play it(mind it,if I don’t survive the first few chapters,you won’t get an upvote from me)

Pretty buggy. Constantly messing up the gender of my player and the love option.

This could have benefited from more time in the oven. There’s a lot of grammar and punctuation errors.

Just got it, damn… all comments seen to be 'bout bugs and grammatical errors,hope it’ll be good…
Anyways, still congratulations on the release

Alright so, I just played through most of the demo (at the least as much as I can handle), and here are my thoughts.

Conclusion:
I didn’t enjoy this story. Nor would I recommend it to one of my friends. Though, I have to commend Ivailo Daskalov for taking the steps to get your work out there. I sincerely hope you get some useful feedback and help better your work.

(Note: this is all my personal opinion)

I thought the concept to be interesting but the result a bit mediocre. The setting and especially the main character could be more fleshed out. The ending came very sudden as if the author lost interest to continue which is a bit strange as the first part seems to be a selection which aspect of the RO will accompany throughout the Story. There is not too much more of a story though. Just the beginning of some crime investigation.
It seemed unfinished for me but it might be worth looking into this nonetheless.

I’m torn on this story. I agree that it probably could have used an editor. . At the same time, it reminds me a lot of jrpg games in terms of its scope and subject matter, and that’s relatively uncommon with COG/Hosted games, so I really like that.

Well i have already played this demo before and actually im very impress with this game. So it comes to a surprise for me to see that u guys make this quite short ( this game has a lot of potential, if u guys make it long it will become a hit). Yet this is just my personal thinking. I will still enjoy it. Thanks for publishing this game

I would like to say that this game is really, really amazing, not counting the bugs, especially numerious mixed up pronouns. But I liked it, the settings is absolutely my thing.

Oh my devils!..
I have NO idea what happened, I had a headache while reading this, it’s mediocre at best, lots of grammatical errors and wrong messed up pronouns… And most times, I don’t even know where the story is going or why most situations happened.
It’s very short compared to other HG games, it would’ve been very good it’s proofread and edited with a bit more effort…