Hi hi hello hiii! I’ve been lurking, but it’s been a while since I last posted here. It’s nice to see a thread dedicated to writer support.

After a year of hiatus, I’ve finally made progress on my WIP and completed the rewrite of the prologue. I’m conflicted about posting the demo because it’s been so long and I just want to get it out, but I think it’s best in the long run if I wait until I finish Chapter One.

If I’ve learned anything, it’s that most of my problems were solved by streamlining and cutting the extra branches. They’re evil, I tell you. I mean, I still have quite a few, but the gremlins are much more manageable now.

But as much as I want to write this July, sadly I have to stop procrastinating and focus on my online classes. For now I’ll be happy enough if I can progress through my rough outline. It’s more or less complete, save for maybe a couple of chapters in the middle that I’ll probably figure out once I know what to do with the rest of the character arcs (and their introduction songs, hehe.).

Speaking of, is there anyone else who gets bored of their story (and starts looking for new problems) when you know exactly how everything is going to happen?

Anyway, let’s have a great July, everyone!

I am not American so for me, It is just a simple day. I am not in a good place right now in writing but I don’t want to derail the trail with stuff doesn’t interest anyone.

Speaking for myself, I don’t think it’d be derailing at all to talk about challenges we encounter, but I totally understand if you don’t want to get into the specifics, too.

Goalwise, let’s see… I think I’d like to manage 20k words on the side project this month, or finish chapter one (and post the demo, which is the prologue + ch1, in a proper WIP thread). I think a decent stretch goal would be to do whichever one of those takes longer, as it were. The prologue itself is roughly 10k/~5k per playthrough right now, so I suspect if I hit either goal I’ll probably be able to hit both, but we’ll see.

@Eiwynn
Hi! Thank you so much for your warm welcome to this thread. ^^ I really appreciate it.

Is your WiP the one where you show up and get interviewed by the new owner?

Yes, it is! The one with fae and the amusement park. I’m curious - did you play it? :o

@anon21485497 @Jaybirdy
God, I bet we could swap retail working stories all day. I feel like no matter what era one’s writing is set in, customer service stories worm their way into how you portray people. In the past, a rude Starbucks customer has easily translated into a cruel Prussian Baroness for a story…But I digress

@HannahPS Best of luck with your WIP! I love your previous work, so I’ll definitely be keeping an eye on your stuff! @Franzinyte Same to you, can’t wait to see your demo when it comes out! Share it whenever you feel comfortable.

As for personal goals for the month of July: I’d really like to get at least half of chapter 3 out. I think it’d be around 20k words? (Not including coding, of course.) I really hope I don’t burn out/become dejected. Since I’m pretty new, I still have trouble seeing what is normal interaction, and I worry sometimes if I’m meeting a “standard.”

Also, a few people have mentioned that to me that they’d be interested in a Patreon for my game, which I don’t know much about. If anyone has any experience with it, I’d be open to it!

My goals for June were to finish Chapter One of EfC, which…didn’t happen

We’ll see if I can do it this month. I’ve been thinking of setting word count goals for myself to keep motivated, but I’m afraid it’ll actually end up discouraging me if I end up failing to meet that goal.

My goals for June were to finish the Prince Aursley Featherall chapter for TDUP, which I did! 27,000 words, marginally shorter than other chapters which sometimes reach 40,000, but people have mentioned that the pace felt much slower. That’s likely on account of having a tonne of dialogue choices, which slow down the game (at least in my experience) as you think of what to say.

It was a bit depressing to tackle this writing through June. This chapter had a lot of sad themes. Moving on past grief, trying to get out of self-destructive habits, loving someone even though it hurts you, letting go of past trauma, facing your own mortality — things I’ve had to do and things I’ve watched others go through in their own lives. I mean, my partner’s grandfather, who she loves with all her heart, has refused treatment for heart problems and has refused to leave the home he built for himself when he was young. There’s a sense of honour in holding on to your own house, maintaining your independence, and choosing the manner in which you face your own end, but it doesn’t make it easier. And to top it off her dog’s cancer is severe; the pup just turned 14 and only has a few weeks left at most. The characters in my story understand mortality and can talk about it, express their ideas, show fear, and give comfort to those left behind. Her dog can’t do that — she just knows that even though everything hurts, her family needs her to stay just a little bit longer, so she’s hanging on.

All the dread I feel about death has come back as well. It simmers behind my ears, only boiling over a few times a year, but when it does, it’s paralysing. Writing is one way I try to come to terms with it. But as brave as Aursley seems, accepting his death with a smile, I can’t see myself in him at all.

3 posts were split to a new topic: A Discussion of the 7 Feminine Archetypes --Superhero Tropes

My June Goals was to finish the FHR Alpha, which I did. Now the July goals is turning it into a proper bux-fixed beta with all variables balanced and present.

Agh, sometimes I feel like the hardest part of writing is just opening up CSide to begin with. I’m a master at distracting myself on the internet…

Smashed out 3000 words today and still going strong, Ive written myself out of a route I was kinda wishing I hadn’t implemented, squashed about a hundred bugs and now my game finally passes quicktest again, for the first time in about 6 months.

I know its blasé to say it but just write whatever then edit your terrible prose later is the best advice I’ve ever been given.

That’s awesome to hear for you! And I think I’ll try that - I have this weird anxiety about writing anything without thinking it through first, but I should know by now that sentences sometimes meet me halfway.

I feel you; I had this anxiety about reading through my own bad prose for a long time - like with my early attempts at making a game id spend two days in a whirlwind of writing then just delete the whole lot rather than cringe at my prose. But I kinda told myself its like any skill - when you start out learning how to do something difficult your gonna suck whether its writing, piano, skateboarding or whatever - but the only way you get better is just by doing a ton of it. Any writing is good writing practice.

I have finally finished outlining my next chapter, which by itself is almost 4000 words excluding commands, but that’s because I often describe what goes in a space as I’m going with the code, so I don’t forget what I was thinking when it comes time to write it. I think this is my own version of “write first, edit later”: get all the basic stuff down in the right order, then make it something actually readable.

Hey, that’s awesome! It’s really encouraging to hear your hard work paying off. And wow, I love learning about how everyone works…Helps me think about my work flow in another way. ^^

Squashed so many bugs yesterday. Feels wonderful to do things even when you can’t write well.

Here we are, one week into July. I think next month, a fresh thread will be made; making a new thread acts as motivation for me.

@bubblesodatea – I did read your amusement park WiP … the arrival scene in your game (at the employee entrance) brought back memories of a couple of high-school friends that worked at amusement parks in Socal. So, good job on your world building.

@Jaybirdy – Your outlines sound like mine. Except, just like the manuscript, I write them externally in Scrivener. I also think these outlines are carry-over from my University days.

@Alice-chan – Just finish it is a saying we all should repeat to ourselves daily.

@malinryden – It looks like our July goals are matching up quite close – the scope being the complete game for you instead of a demo.

Everyone – Remember that no matter how much time you spend on something or how many times you go over what you wrote and scripted, there will always be bugs.

Hopefully game breaking bugs will all be quashed, but it is best to remember that bugs are just part of the game-making process and sooner or later, one will emerge, even after release.

I’m sure there are accomplishments and milestones I’ve not listed, so be sure to point them out to me, so I can update the Honorable Mentions.

How did everyone else’s week go?

Today’s work brought my game to 333,000 words. Its been hovering around this for a long time because I have been deleting superfluous stuff, thhink I actually got rid of a thousand words today. But I had this great moment where I realized that what I want to upload for my v0.3 is basically all done now

super pleased. I’ll spend a couple of days to do a few runs through, but basically I’m there, yay. 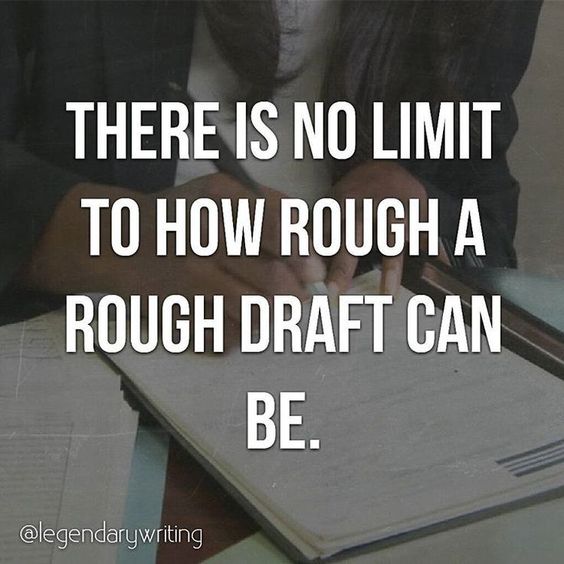 Hi all! Dropping in to join the discussion, my goal for this month is to finish polishing up my WIP and submit it! I’ve been less motivated to work on it recently since there’s no clear next steps other than playing it over and over and fixing the odd thing here and there. I’ve lost some of the momentum I had when I was writing my first and second drafts, probably because that part was more fun for me. I have another WIP in the works, but I promised myself I could only work on it once AtS was submitted bc I was getting sidetracked

. Hope everyone’s having a productive month!