Howdy! Hope all is well with you!

In my current WIP Wonderland Noir I’m working on an investigation/mystery sequence, but I’m struggling with how to properly pace and plot it so that it remains engaging to the reader. I’ll explain the details of the situation and the information I want to convey, and hopefully some people far smarter than I am can give me some help! Plot spoilers for Wonderland Noir follow.

Backstory, names changed: As kids, Lauren and Charles were inseparable. They spent their youth in imagination, fighting make believe beasts and ignoring their homework. They had a special place, just for them. A little forested island, that they would row to regularly. Lauren was also inclined toward music, and had dreams of becoming a famous musician. Charles was really supportive- he loved her singing voice-, but Lauren doubted her capabilities. To that end the pair would frequently sneak into the nearby Jazz Motel, famous for its jazz theming and packed shows, and talk to the owner (who was always happy to listen in those days) about how they’d play there when they grew up. There may have also been a budding love between the two, though neither of them were willing to admit it.

Their friendship carried on far into young adulthood, and would’ve blossomed into something far stronger if not for a sudden diagnosis. Beneath the lake they rowed atop, you see, there was a malignant beast. This beast seemed radiation, and poor Charles (who always seemed to tip the canoe) got the worst of it. On Valentine’s Day, he was diagnosed with terminal cancer. Lauren was despondent. To see what could’ve been the love of her life, withering in front of her was too much to bear. Charles took it as well as he could. He was always the optimistic type. The days went on.

It wasn’t long before he died. But before he did, he requested that Lauren and him take a visit to their special island, one last time. She, of course, complied. He tried to row as he always had done, but was too weak. She had to, for the first time. And when they arrived, they saw Wonderland. Just as they imagined it. And when they walked into Wonderland, Charles found that he could stand up straight again. He didn’t feel the mass inside of him anymore. And so they sang and danced and played together, and the sun shined happily upon them. But Wonderland is capricious, and it soon closed its doors. Charles was on one side, and Lauren the other. Separated, for once and for all.

Filled with mixed emotions, Lauren went to the motel they had spent so much time together in. She regretted letting him go. Not telling him how she felt. How she didn’t pursue her dreams, and he never got to see her sing. Charles didn’t want her to feel this way, but you know how you can put pressure on yourself. She couldn’t take it. She took her mother’s pills and she overdosed in the room. She’d join him, in Wonderland.

And as she died, Lauren awoke powers within her that she never knew she had. She was an Awakened, you see, a powerful psychic. And in the throes of death she imagined her perfect world with Charles, and these thoughts leaked into reality. They spread through the motel, creating a waking dream. All was restored to its glory, how she imagined it. The motel manager was young again, and the motel itself was clean. Her and Charles were adults, happily in love, and she pursued a career in music that allowed her to play regular shows in the motel. But her control was imperfect, and as the drugs entered her body this dream became muddled. The song she imagined began to play, looping in her head. And such dreams are not meant to be eternal.

Where the MC comes in: The MC is sent to the motel to investigate the constant music that plays over everything, even when the radio is turned off. They unwittingly enter the physical manifestation of her dreamscape. They meet the manager and the couple, happily in love. There’s also an agent, sent by the city to investigate. He’s figuring it out around the same time the MC is.

Potential structure: Over the course of a few days (three or so), the MC is given a series of options to visit the lake (which in her mindscape is directly adjacent to the motel), speak to the couple, the motel manager, or the agent. As the days go on, the degradation of the mindscape becomes increasingly noticeable. The manager grows older, the agent grows more frantic, it begins to rain at the lake, and the music is periodically interrupted by a static burst (as in the real world the paramedics attempt to revive her.The climax would be something like either helping her get to Wonderland or simply ending the threat she’s causing.

Naturally I’d prefer not to reveal the nature of the mindscape immediately, as that is an integral part of the investigation. But I’m really struggling with how to make the investigative structure interesting. Doing the three days/pick two activities for the day feels so artificial, and I’m struggling with how to make it interesting. Can anyone offer advice?

PS: if you’ve read this far, I’ll put you in the story as thanks.

I think @ThomB is probably the guy you want to ask. His stories are of a similar nature.

From the High Streets of Lux I summon Thee!

From the eternal strength of the Evertree, to the crashing waves of Sordwin

Please, help me make my investigation not super boring!

That was pretty good.

Who dares summon me???

Seriously though, flattered to be considered worth asking! I wish I could say there’s a trick to it, but mostly it’s trial and error.

I got a lot of my inspiration from games like Hotel Dusk, LA Noire and Heavy Rain. I think the more you look at how other games do it, the more it will help you come up with your own systems.

Also role playing with trusted friends is a great way to find out what interests people. Evertree is all based on dnd quests I wrote for friends so I’ve had a lot of practise in real time, learning how people like to explore a mystery.

The Alexandrian has a post about creating mystery and clue-hunting in RPG games. It might interest you. 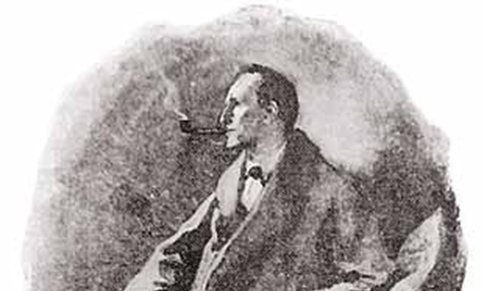 Mystery scenarios for roleplaying games have earned a reputation for turning into unmitigated disasters: The PCs will end up veering wildly off-course or failing to find a particular clue and the enti

Hey you! Been a while

Can I say something?

There’s also an agent, sent by the city to investigate. He’s figuring it out around the same time the MC is.

You could make the agent gender-choice, and the story reverse itself.

So, in your story lauren follow charles in wonderland right? well, what if the MC has to die to follow them, only they dont die as such…let say Wonderland open up for them and lure them in, and the longer they are in wonderland, the more wonderland is eating their soul which will end in their erasure. Come the investigator, down to earth, and end up having to save the mc, while they both figure out the nature of wonderland and the kids and what to do. (here ya can have many paths, like: they are happy and their happiness change wonderland. Or they are trapped forever, but manage to help the mc and investigator find each others in reality…yada yada…mush mush lol)

Anyway, you totally need to play the secret world!!

Some of the stuff in there remind me of this, and ya will be swooning!

Like there was this Quest and only way to find the clue was to die (Well in the game, the character cannot die permanantly, so ya enter the other side where its all gray and stuff). Or the haunted house quest, where the house is haunted by the woman who lived there but only way to see her and investigate is by again dying. Loved that!

Thats how it look!

The other side that is. Which would fit with ya Noir wonderland lol

Where colors have been bled, and the haunting music lure anyone who hear it to the dark mouth…eating the dreams and hope.

Doing the three days/pick two activities for the day feels so artificial, and I’m struggling with how to make it interesting. Can anyone offer advice?

why does it have to be only 3 days? like sheesh, whats ya rush?

Unless ya do it like in Anime LOL Remember in DBZ: Namek gonna explode in 5 minutes! (A week later ya are still watching that 5min stretch LOL)

As I said, ya want it done in 3 days. Therefore, ya are aiming for Urgency (Why? and may have to write a reason why they are rushing in ya story).

Create a chart? And do it point by point? Ya got 4 or 5 players?

They start off at the hotel. (Turn it into a Motel, bates Motel dun dun dun). After breakfast, they split. The MC goes nananére and get sucked in Wonderland. Meanwhile, the Investigator goes elsewhere. Their though are connected, or use phones, or something etheral…so ya show both point of view.

Don’t worry about artificial. With the setting, ya got, just make it eerie, angsty, and full of ‘What’s going on? What’s going to happen?’.

An investigation requires more than 3 days.

Anyway, going back to my

Well, I suppose that means it is time to play Evertree Inn again! That was my favorite title of all the Hosted Games. The mystery immediately drew me in, and the writing was welcoming and punchy without undermining the seriousness of the story. At first, it reminded me of the adventures I used to desperately wish I could go in. And when the nature of the mystery was revealed, I was stunned, and the prose carried the momentum all the way to the climactic end.

Howdy! It’s always nice to hear from you.

It’s been a bit. I’ve been trying to keep my head down, focus on my writing.

I love the idea you put! I actually had something incredibly similar for the climax of the story, so I have to save it! I can’t use it for this case, unfortunately. I will add the requirement where you have to die, though. Maybe in a ritualistic fashion.

Why three days? Because three is a religiously and thematically significant number. And I’m suuuuuper lazy, and don’t want to write more. But I suppose that isn’t quite as good a reason. Now that you mention it, I definitely was just adhering to an arbitrary number.

I really like the idea of the flashbacks coming from a phone/radio/external source, as well.

Thanks for the tips!

lol I shall not lie but yes

Maybe in a ritualistic fashion.

Or you can pepper clues, like a previous somebody who stayed in the hotel tried to figure it out and left their notes? and they disappeared too in Wonderland?

Or there are notes like songs left (Or etched on wood on walls of the hotel?), that only show up when it is night? or when the moon rises and blink its light on certain furniture walls?

And I’m suuuuuper lazy, and don’t want to write more.

Tis is so tragic. To be so talented as you are, and be afflicted with the curse of laziness. So sad…

you gonna kick that laziness away? DO IT! GO GO GO!

Thanks for the tips!