Hunter's Sacrifice (Tumblr link is up)

The Hunter’s Sacrifice is a low-fantasy story about sacrifices, love and revenge, set in a dystopian future, where every mistake could prove fatal.

NOTE: this is a character-driven story.

Short Special Stories (currently contain only Halloween with team or B)

Welcome to my first CoG ever. Since this is also my first time writing anything of this scale, I’d love to hear your thoughts on it.
If there’s anything you’d like to add or ask, feel free to do so. Consider leaving a like, if you enjoyed the demo

And since I am on the constant hunt for feedback, please consider answering some of the questions below.

The Hunter’s Sacrifice is a parallel story to my other WIP Raven’s Flight with the focus on war, exploration and team dynamics (whereas Raven’s Flight deals more with intrigue, scheming and human relationships). The two are two sides of the coin, so to speak.

If you played Raven’s Flight, beware! Hunter’s Sacrifice might contain some spoilers.

Interesting, I look forward to following this project. Keep up the excellent work, and a nice start to the world building.

Thank you! I’m glad you liked it.

Good storyline! It sounds like it has lots of potential!

@James2018 @Harley_Robin_Evans @2xs
Thank you for taking the time to comment!

Out of curiousity, what kind of a MC are you intending play as? Revenge-driven? Society-orientated? One just trying to survive? Is there anything specific you’d like to be able to do in the game?

Out of curiousity, what kind of a MC are you intending play as? Revenge-driven? Society-orientated? One just trying to survive? Is there anything specific you’d like to be able to do in the game?

Well I will probably play them all, but I will start with revenge, then survive, then society as I am not a very social person in real life, I struggle the most with those paths.

I really like the premise and the way you’ve written in the “bond” between you and your team.

Unfortunately, I think it’s too early in the game to say what my MC’s motivations will be. I’m looking forward to future updates so I can decide though.

@2xs Thank you for taking the time to answer my question! I’m actually really looking forward to writing the revenge path, although I’m still unsure about the extent of vengeance one can do - eg. should the MC be only able to destroy the Society metaphorically, eradicate of the most prominent members of Society or overthrow the current ruling power and became the sole leader of their Homeland.

@Gwenstn Thank you! I’m glad the mental bond didn’t make things too confusing with all the you’s floating around. Yeah, it might be too early in the demo to ask about the intended playstyle.

Let me rephrase my question (for the better, hopefully) - what kind of MC would you like to play? What are your usual preferences?

While writing the next scene, I realized the way the character was moving around Homeland made no sense … So, I created a 3D model of it.

By the way, the Homeland is located under the surface, so the blobs you are seeing are supposed to be caverns and underground tunnels.

Hello! I just did a play through and so far it is veeeery interesting and well written, i’m surprised theres not more people in here talking about it! i’ll definitely be watching this thread

I don’t really have an opinion on the mc yet other than they seem like the serious type, which makes sense given their situation… Usually I’ll play every type of mc but I reaaaaalllly love martyr types so if there’s a chance to play as one in this game then

@Shade1414 Thank you! It’s always nice to hear that people enjoyed my demo

@kicks Hello! Thank you for taking the time to comment and spotting the typos, I really appreciate it

There will definitely be a chance to play a martyr, since it is one of more intriguing archetypes (to me at least). The hardest part will be making players care about things/people they can sacrifice themselves for, to even the score, so to speak.

Thank you! I hope you’ll enjoy future updates as well!

Speaking of updates, I’ll probably be updating the demo in the next few days with additional, uh, 2000 words I think. After the updates it should be around 5000 words long. Halfway to the first milestone of 10.000 words, haha.

And currently we stand at 520 clicks on the link and 15 comments. So many fives … I should probably write a scene about Five for this occasion. Hm …

This sounds interesting.
I will say the title did however immediately give me a mental flashback to the movie hot fuzz I started chanting the greater good for a moment then laughing. 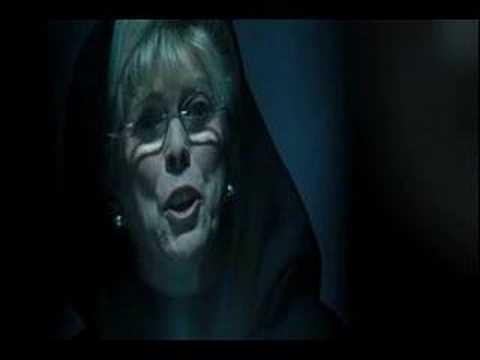 @M_San Thank you! I can’t tell you how awesome it is to hear readers enjoy what I write

May I ask, what kind of hero would you be interested in playing?

@Drakeye Well, now I can’t get the movie out of my mind, thank you

If something similar happens in my story, I’ll hold you responsible

After doing some basic outlining of the next few scenes, I took some time off to focus on developing the characters and their backstories. I’ll probably post snippets of random events with the team (eg. meeting the MC and each other), just to get a clearer vision on their personalities and their relationships with each other. If you are interested in any of the characters, don’t hesitate to let me know

Here, have some Imagine Dragons (my usual go-to music for writing):