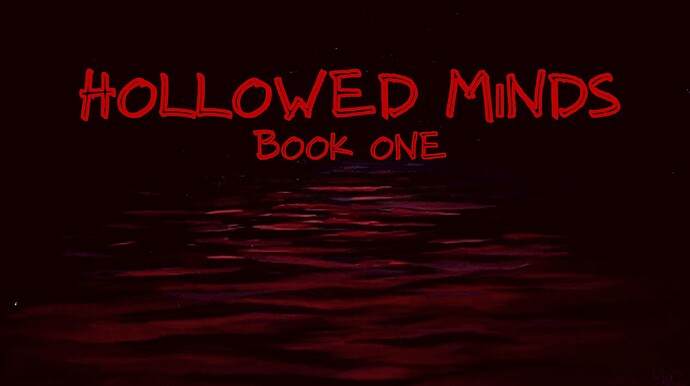 Everything out here in Gaile is dirty—that is a fact you can no longer deny. Dust continues to invade your nose, the fog hinders your sight wherever you go, and there is a distinct smell that no one can seem to get rid of. A smell stronger than the muck that spills on its grounds. More repulsive than the scent of sweat. Of stagnant water. Of the decaying leaves and grass.

It’s the underlying scent of blood and death that somehow wafts over the air, pushing its way to your insides with such familiarity and haste.

They call you Ripper.

It’s a horrendous name to give to a detective like you, and definitely not one you chose for yourself, but you suppose it’s to be expected given your reputation for putting powerful people behind bars. Businesses feared you. The other cops hated you. Local gangs despised your entire existence. Yet, despite all of that, you remained untouched.

Until that day, when all the lies and the deception and the foolish mistakes turned your life upside down.

But perhaps that’s not where it all began. Perhaps it rooted from the decades the city has suffered, through the failed revolutions and corruption that sucked the life out of it, turning it into an insurmountable void of hopelessness and grief. The deaths you can swear you have once seen but cannot remember.

Now, as you attempt to rectify what happened and fix your honor, you find yourself entangled in webs of conspiracies and betrayal with each step you make, and you will have to make wise decisions to discover the connections among the events disturbing Gaile City once more.

A grisly murder. Enigmatic hallucinations plaguing certain people. Recurring explosions . And the one thing that troubles even you and your overprotective brother–the strange, vivid nightmares and an ominous group that may be behind them.

Find the truth. Protect whomever you can. Survive. Remember.

But beware. In this forsaken city, the truth is everyone’s enemy. Just as it may be yours.

[Please bear in mind that this is a story that focuses on the concept of grief, family issues, loss, death, and has heavy emphasis on corruption, which might not be suitable for some people’s tastes.]

Please don’t hold back on giving feedback and suggestions, especially if you spot inconsistencies. I’m also entertaining questions, if you have some. This would be the first book in a series, but I’ll make sure that every part will still be able to stand on its own, each with its own secrets to unfold.

This will be a journey full of sadness, betrayal, clash of ideals, and reconciliations with the past. So brace yourself and enjoy the game!

this is so good! I can’t wait for future update and I’m shocked to learn that our partner- cough ex-partner now, betrayed us. I can’t wait to learn their reason on why they did that or it just a simple misunderstanding.

I’m looking forward for this!

This is amazing, I loved the prologue and your writing. I’ll be waiting somewhat patiently for the next update.

I cannot wait to sock Finn in the jaw. I literally do not care what his reasoning is, I will not hesitate if given the opportunity.
This is one heck of a prologue though! This is gonna be good, I can tell.

Excellent prologue. The flow was good, I got hooked by the premise, and the characters seemed interesting. Loved the pickpocket moment as well. I’ll keep an eye on this one. Cheers.

Wesley better watch their back. No mercy.

This was amazing. Quite possibly one of the strongest prologues I’ve read.

You do a good job of introducing the world and set the pace of what kind of story we are to expect. Your writing style is very fitting too, although there was some instances where I would have like a bit more room to breathe. To really take in what is going on.

When we infiltrate the building, and we have a choice on how to deal with the goons, I felt like the whole scene was done in a flash. The explosion is also a good example of what I mean. I really liked how you described our senses, that disorienting feeling, the ringing in our ears. But then… It is over. And we’re casually speaking with Richard. Perhaps you could add a choice there? Something that relates to how we’re feeling but, most importantly, to give the reader time to really take in what has just happened.

I just really liked the first half of the scene and feel like it wasn’t as impactful as it could have been. I didn’t even realize it was a literal building that exploded until much later, when we’re escaping.

But speaking of Richard, he and his relationship with the Mc was really the selling point for me. I care about him, I care about his family, and at the end, I was right there with him. Furious at that traitorous bastard. You did a great job with him, I especially like how you described his mannerisms and way of speaking. If he’s a sign of how you write characters, then he’s a fantastic omen.

I’m very excited to see what happens next! I love detective stories, and it seems like we’ll be able to do proper detective work in this game - maybe even outside the law.

Wish you all the best with your writing! I’ll definitely be keeping tabs on this project

Thank you all for the kind words!

Perhaps you could add a choice there? Something that relates to how we’re feeling but, most importantly, to give the reader time to really take in what has just happened.

I was planning to do that before but it somehow skipped my mind. Thanks for that. I have a habit of rushing through the action whenever I get excited for the next parts I’m supposed to write (in this case, Wesley’s betrayal). The coding also overwhelmed me at the time since it was basically my first attempt.

I’ll take note of that and include it for the next update.

The infiltration segment was a miscalculation on my part. I was afraid that maybe the pacing’s getting slow when I was writing it so I made it short. Will fix that!

You’ll meet more characters in the next update. Each of them has their own goals and motivations, and I’m very excited to introduce them into the plot.

Keep on writing man I enjoyed 100% of it Hope to see more from you.

This was SO good. I really love your writing style and it reads so well. Also loved how involved and capable our MC was.

Oh wow this was amazing! Keep it up! I loved the writing, the pacing and especially the atmosphere so much!

I really like when in detective stories/ thrillers the villain’s goal isn’t necessarily to kill the protagonist, at least not from the start, (because you know, most of the time villains never actually get to kill them cause the story would end :P) but if their goal is to capture them or frame them and such I feel like it makes it a bit more interesting cause those things CAN happen, so that “not to be harmed” really piqued my interest!

I can’t wait to see where this is going! Very VERY promesing! (I can’t believe this is only the prologue and we already got such a shocking plot twist! I don’t even know the guy/gal and my heart is already broken ahah!)

Enjoyed it. Looking forward to more.

I can’t believe this is only the prologue and we already got such a shocking plot twist!

Don’t worry. There will be more of those in the future.

I have to agree with all the previous commenters – this prologue was really good! I like that we’re almost immediately thrown into the action; that stuff really catches readers’ attention, especially if written well like yours!

As of right now, I think the only thing that could make this prologue better is if there was a little more clarity upfront as to what we (the main character) are. I would have loved to see a little more inner monologue on this:

You were one of the most promising detectives within the city, bearing a reputation for exposing the crimes of influential people together with a partner.

However, after a few months break full of reflecting upon the tragedy that you may have caused, you are now forced to work for the marshal as probation, capturing heinous criminals under the radar.

Honestly just a sentence or two more on what our character’s relationship with the marshal/with the law is would be enough!

Otherwise, this is definitely something I look forward to reading more of.