For what it’s worth, almost every person, place, and book in Chronicon was real and at least similar to its historical counterpart. Thorolf, a witch at Ailsworth, Æthelflæd in modern-day Chester, Æthelred II, and even the Tremulous Hand were things, although I obviously adapted them all in a fantasy context. So I don’t know if that counts as “historical fiction” or not.

Historical eras that are action packed and have the ability to cater in some way to both genders like Ancient Rome, the Wild West or WW2 are always going to be more popular than some random time where not much was going on, but I don’t think it means there’s no scope for more historical games with the right focuses. If it means tweaking things enough that sexism or racism isn’t as big of a deal for some people to play, that’s fine.

Me, I know I will likely forever waiting for the time travel game where I basically get to be the Doctor and have lots of times and places to visit across history and the future and can do what I want.

For what it’s worth, almost every person, place, and book in Chronicon was real and at least similar to its historical counterpart. Thorolf, a witch at Ailsworth, Æthelflæd in modern-day Chester, Æthelred II, and even the Tremulous Hand were things, although I obviously adapted them all in a fantasy context. So I don’t know if that counts as “historical fiction” or not.

I am beyond entertained that the Tremulous Hand is a real thing! That’s awesome!

I guess in historical fiction that has fantasy elements, some cleave as close as possible to ‘canon’ and have only the magic, others take more liberties with the actual history. I really like and admire when historical fantasy blends the real researched stuff with the magic so seamlessly, and I certainly felt that with CA!

@fayl well, there wasn’t exactly a hand roaming around in abbey archives, but…

I know this is off topic, but are you saying there shouldn’t be a hand following me around my local abbey right now?

I will have to agree with many of the sentiments echoed here. Historical IF struggles in finding a market simply cause it’s a niche genre, for sure. But there is also a mass market appeal for it. Traditional war movies have always done pretty well, from WW2 to Ancient Rome and what have you. There are a ton of books out there as well. The challenge, I think, is in marrying and presenting all these different facets without inundating new players with jargon (something which hardcores tend to do), and playing somewhere along the middle.

While DnD, IF and many of the CoG/HGs tend to favour romance and fantasy (which sells amazingly well, why would you want to play as a boring realistic painful peasant when you could be an all powerful mage). I feel it is quite important to try and bring in some of these elements as well - ROs are a huge thing, power fantasies (leading an army/nation) or even action/battle scenes are huge sellers too.

warning - shameless plug
When I wrote Gladiator it was kind of on a whim / I didn’t see any gladiator related IFs around, but I think it has done moderately well for all its worth. A big part of it is giving the player a sense of control to deviate from history (freedom of choice - or the illusion of freedom) while retaining that authenticity that gives the game the flavour, and plants the player in a world that is somewhat historically familiar yet allowing for room to world build and explore. While I’m not an expert, the game (released 2? days ago) is now trending 3rd/4th on Role Playing games so that’s goes to show… Historical IFs are not dead!!!

I am sorry but historical fiction is not a niche genre. Not in traditional publishing. At all. Or if it is, it’s as much of a “niche” as Young Adult, or Horror, or Crime is.

I was going to say, the bestseller lists and mainstream TV shows are full of historical work so it surprised me to see it being referred to as a narrow niche! I suppose combining historical with fantasy or horror is more popular in games maybe?

I mean, as a fiction reader I’m sort of sick of historical! Every novelist grubbing around for some piece of the past they can exploit…

Seems to me that what’s popular in “historical” is largely region-dependent.

In the UK, for instance, the historical fiction shelves in bookshops are full of British and European history - WWII, “clogs and shawls”, Tudors, Middle Ages, Vikings, Romans etc. They get loads of shelf space and sell a bunch. It is definitely not a niche market over there!

But try to sell a story about the American Civil War, for example, and it probably won’t go so well. It’s too reliant on the reader’s prior knowledge and interest.

Same in Australia: in general, British and early Aussie history is the popular stuff.

And of course, historical romance is massive everywhere. But there are some eras that don’t sell as well as others to the romance readership, which has particular needs & wants.

One thing the historical novel market (in traditional publishing, I mean) does really well, IMO: book covers. It’s easy to see at a glance exactly what type of historical you’re getting - in terms of time period, but also in terms of subgenre (e.g. is it a romance, epic, adventure, fantasy, war etc…)

Perhaps some of the historical games that don’t sell as well might not have their packaging quite right?

It is even worst when try to sell as real fake stuff that is not historically true. I mean if you write fiction even in a historical base you should not selling it as REAL history research. Then there are kids that believe there were ninjas in Spanish XVI

Sure–and Australia and the UK do a lot of literary historical stuff that is big in the US. The Luminaries and Wolf Hall were internationally huge.

Right. And, as poison_mara pointed above, the audiences for ‘real history’ and for historical fiction that takes liberties do cross over, but they’re not exactly the same.

e.g. TV shows like The Tudors or The Borgias aren’t ‘real history’, but they clearly aren’t trying to be; they’re entertainment that extrapolates on ‘real history’, and there’s a huge market for that. People who complain that a historically-set soap opera is not ‘accurate’ are IMO missing the point. It’s like saying an academic history book is boring because there are no sexy parts.

Erm, getting back to subject of games

it’s all in the packaging, I think. If the blurb, cover art etc. can make it clear exactly what the reader will be getting, everyone will be happy.

I’ve been having a heck of a time trying to find some actual data on the breakdown of genre-to-sells in traditional (non-IF) fiction. If anyone finds more please let me know. Note that there’s definitely some variance between independent, small, medium and large publishers. 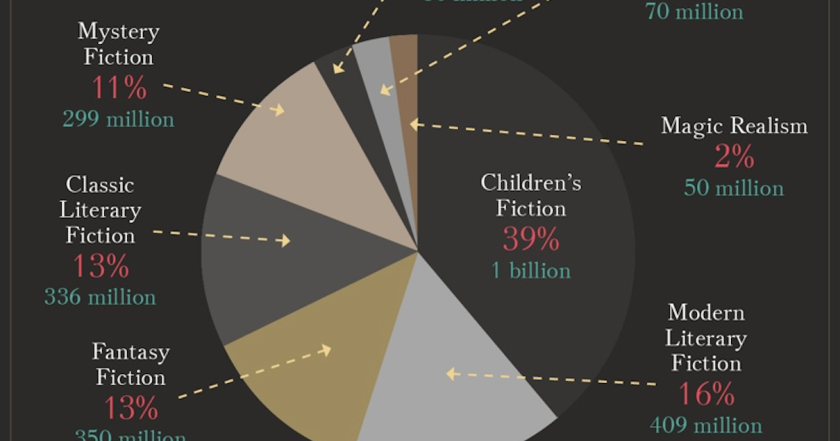 What are the most popular fiction genres?

Determining the most popular fiction genres is not as straightforward a task as it may seem. Is popularity judged by how many people say t...

And when I mention historical fiction, I’m using the definition described in the wikipedia article. In the case of Tin Star, it’s a Western, with far much more in common to an adventure story than a period piece.

I had real trouble with Canterbury as well. I googled the different humors to try to figure out exactly what strengths to play to with my character, but it never seemed to balance out correctly and honestly I just found the whole system inscrutable. It was a fantastic idea, but the humors system was inaccessible to me in such a way that lessened the enjoyment.

tl;dr IF is usually the hero’s odyssey, painted with a limited amount of choice options, to make it feel like our own. Historical IF misses the mark on this, because it errs on the side of educational, rather than exciting. It feels more like historical nonfiction than fiction. It’s a tough line, because, as someone who enjoys history, you want to be accurate, but players usually aren’t playing for total accuracy.

They want a modern tale dressed up as Shakespeare.

I liked it due Humors was a real thing in old Spanish literature and society several says about humors is today use as mood and jokes are literally said Humor. So for me was something understandable.

And to expand on my earlier comment, since I fully caught up with the thread, I’d like to echo the sentiment that they feel shallow.

That’s what I meant about it feeling educational. I couldn’t find the right words. The historical IF feel…empty and lacking. They aren’t exciting, generally seem to lack meaningful skills (even Tin Star has some skills that only seem to be used once or twice, and I adore Tin Star), and feel like they’re trying to be too many things, while missing the mark on all of them.

To truly be a good historical IF, it needs to be ginormous, like Tin Star. Tin Star is relatively educational and seems pretty period-accurate, as far as I am aware, but it takes the time to do all the things it set out and promised to do.

Most of the Historical IF on offer, currently, have incredibly short stories that seem only half-baked, as well as a lot of needless skills, and seemingly arbitrary, endless information about the time period.

Again, the vast majority of people are going to play a historical IF because they want a modern, exciting tale with the backdrop of Shakespeare (also I love the idea of time traveling through various periods. 10/10 would play a doctor who inspired IF, if done well)

oh my God, I love Tolkien, but The Silmarillion was a beast to get through

You’ve actually read that? Wow, you have my respects. I couldn’t even get to the half of it before giving up.

The actual story, when you got around the world building, was incredibly beautiful and complex. Like a grown up Kingdom Hearts. Plus, I’m the kind of nerd who literally learned to speak Tolkien’s Elvish, so.

The difference between Tolkien and the current lineup of history IF, though, is that Tolkien has a cohesive, coherent, interesting, and full story, behind all the exposition, which can’t always be said for the historical IF.

I want to make clear, though, that this is personal opinion and not, like, an attack on the authors. They worked hard, and I hope they take what is being said on the forums, should they ever read it, as constructive criticism to better their work in the future.