Hide % when creating a stat chart

Was wondering, is it possible to hide/not display the percentages when using *stat_chart?

Say, I have a variable with a maximum above a hundred and I want to display its value on the pretty red stat bar. These steps are easy enough: I divide the current value by the maximum to get the %, create the stat bar and display the variable value through ${}.

The only problem is, the amount of % will also be shown - which is something I don’t want. Can I get rid of them somehow?

Thanks in advance for the responses.

How does that help me with hiding percentages though?

Or is there something I am missing?

Do you mean this? this will display a variable as a value instead of a percentage 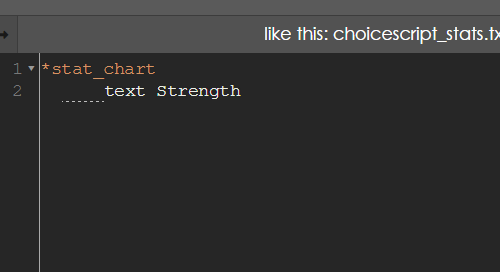 Should have probably linked an image from the start haha

I want something like this: keep the red bar, but without the display of percentages.

No, it’s possible if you do it manually instead of using a variable/calculation. 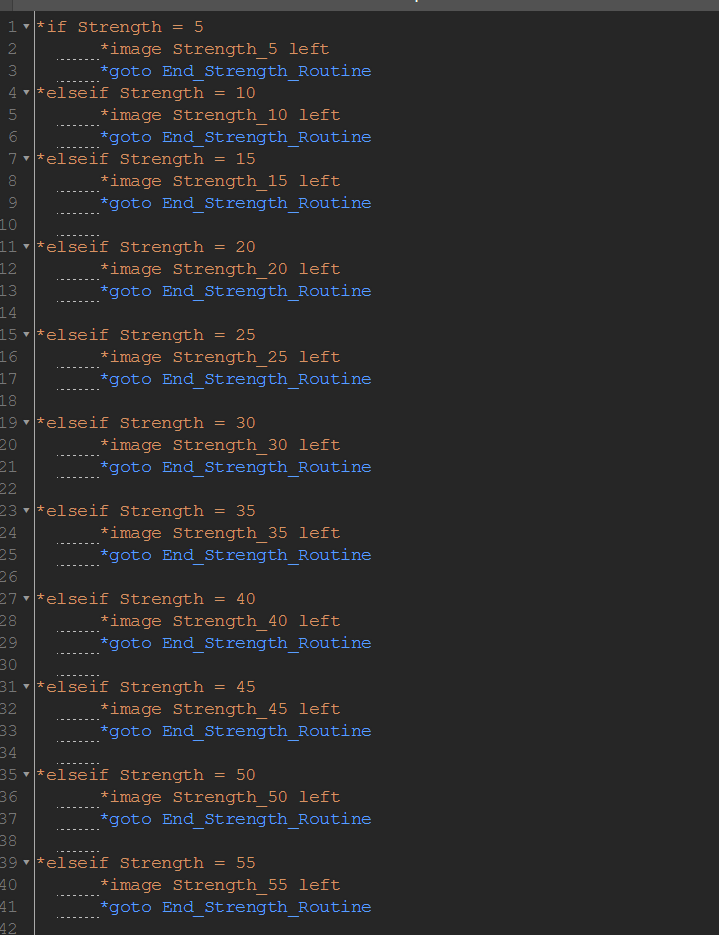 This way you keep the pretty red bar

I recommend naming the images Strength_5 and Strength_10 etc…

Well, this is certainly a way to do it

Thank you! Didn’t even think about using images.