Ah, it’s in the adult section. Probably why I haven’t seen it. Thank you so much!

Sorry if this has been asked before but I’m looking for that WIP with apocalypse setting (it might be zombie apoc, not sure) and in the intro your dad took you and your sister (and maybe one more sibling?) in a car ride to get out of the city. We raid a supermarket or something. Oh and the mc is mute so we use sign language.

That’s the one. Thank you!

,
I need help finding this WIP i can’t remember anything except for two scenes

The MC has a badge ( golden badge maybe

) and its stolen by someone? i chose to go after them and then i meet a thief (possible RO i think?) he has the badge & his team surrounds me, eventually i take the badge back as my companions arrive and help. ( one of them is an RO )

I think this might be from Shepherds of Haven when you meet Chase.

Yes this is it !! Thank you

I kinda remember a wip. In which the mc is a magic user? The mc works with two Ros like some kinda of a mercenary? They go to an inn which is owned by the female ro’s mother. There is a stable boy who likes to make tea? There is a mark in the mc’s hand which they cover with a glove. Please help me.

So there was a wip I think about some sort of a world after an apocalypse, maybe zombies, or no I think it might have been some sort of wights or ghouls? The only thing I remember is one of the ROs being a vampire named Giancarlo? I think anyway…He helps out MC when they are in this clothes mall to escape from zombies?

The Golden Rose? Not sure about magic and an inn owner, though.

It’s been a while, but I’m pretty sure it’s Invoker.

It is thank you

The one I’m now looking for felt very Constantine-like. The MC is a magic user who has made some questionable choices in the past that I believe resulted in them not having emotions like people usually would, though I could be wrong on this part. Regardless, their choices made pretty much everyone they knew hate them and they don’t seem to feel anything about that one way or the other. There are angels, and the MC I think is set to be at least a little bit snarky. There’s a scene where you go to meet people that you used to work with and one of them, who I believe is a father, attacks you. There’s an angel, who is possibly an RO, who is friendly towards you and I think they chuckle a bit when you pick certain options that anger other angels. The friendly angel’s name might be Azrael.

Snark? Yes. Emotionless? Not really. It sounds like you might be talking about Forsaken, what with the whole “everyone is pissed at the MC” and only one angel, indeed Azrael angel of death, is amused by the MC’s antics. I mean, kicking Michael in the crotch is legitimately funny in a ‘why would you do that?’ sense. Bodily harm of that nature in general isn’t that humorous irl.

I need help, please. I am not sure but wasn’t there this one , where you played as a toy that was forgotten and then thrown away…

Does anyone remember a WIP set on a post apocalyptic flooded earth? It was vaguely inspired by south east asian culture as well. The MC was on the younger side (maybe in their teens?). 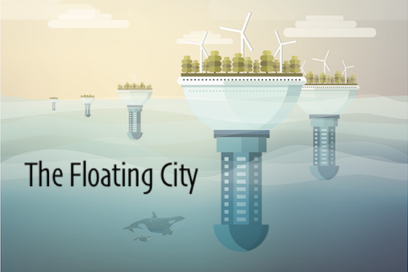 You’re a regular teen living in a glass city on the ocean. It’s time to choose whether to take over the family shark farm, or to forge a different path.