(So, I’m not sure that this is the right category for the subject or even whether I should try to post a whole topic about it - there are some threads about Netflix and about Bandersnatch in particular - but I thought the subject could stand on its own. Correct me if not :))

This isn’t a subject I’m at all knowledgeable about, so I’ll just leave the link here for whoever is interested, but I stumbled upon this article and thought it was a really cool take on what the possible future of interactive fiction could be within data giants like Netflix. 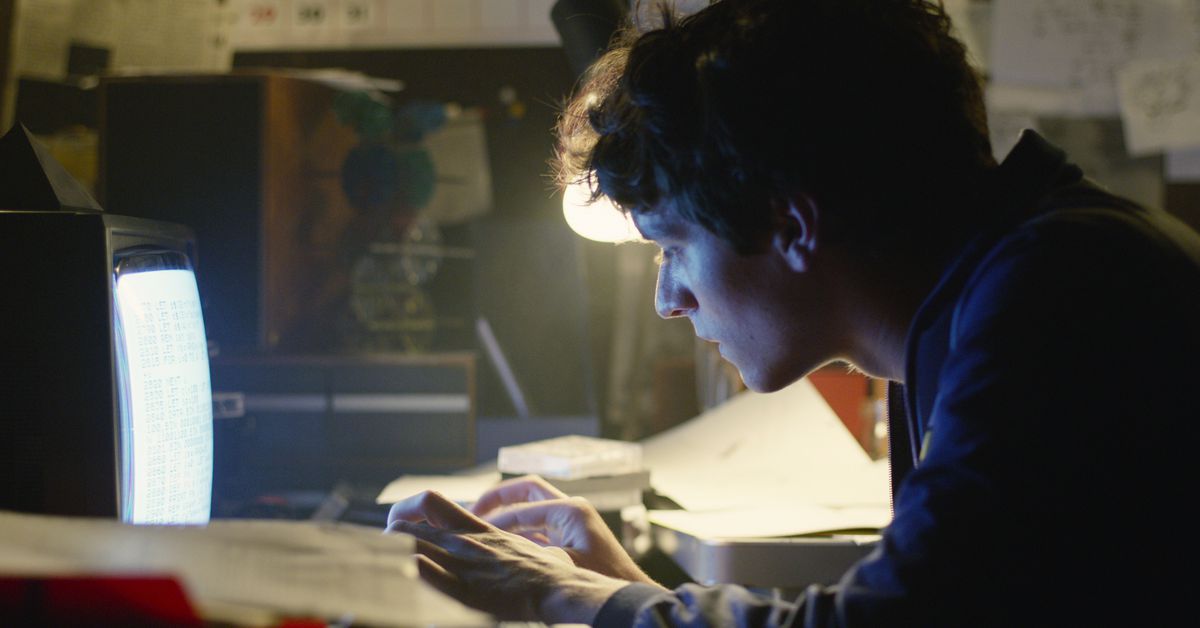 Interactive TV could give Netflix several advantages in a crowded streaming market.

Essentially what it talks about is an opportunity to use Interactive Fiction’s ability to record each users’ most critical and most minute choices as a form of data-mining; be that for product-placement-style purposes or - what I was personally intrigued about - for helping to further narrow down people’s artistic and narrative preferences (like, what type of character choices people prefer, what type of background music, etc.).
Obviously interactive fiction as an audiovisual medium isn’t new to Netflix, but I guess the novelty is in the potential behind its relation to Netflix’s already well-established micro-genre and personalisation infrastructure(?)

Of course this is all a bit of ambitious theorising, and that not everyone would see it in a positive light - but that’s part of the fun of discussing it right?

Wondering what other people’s thoughts were on the subject!

This was briefly mentioned on the original Bandersnatch thread, here.

I think the data mining, as long as it doesn’t lead to some Parks&Rec level BS, could be okay. They already try to keep an eye on our viewing trends. I’m okay with more personalized content.

However, it is definitely a…thin line that Netflix would be toeing, if they do attempt a ton of datamining.

Telltale broadcasts the choice trends from their games and I think that is a cool feature.

Seems a bit pointless if people like me who try to search for all endings in such an experience exist.

You know, I’ve floated the idea of tracking that in the context of our betas. Specifically, if we could track the most-common-path in the betas, and then have the author go and add another, say, 3-5k words to pad that specific route through the game, would we get better reviews/uptake? Or would that imply/underscore that there was a “right” way through our games, which we’re specifically fighting against?

Dan was not in favor of this idea.

I thought you were going to go the other way with that–track the most common path, and then adjust things to make the other paths more tempting.

Eh. Call me crazy but it seems better to have that data, whether or not you utilize it.

I’m with @Gower on this one. User data for choices can be great (I like the way they do it in the Choices app - the one with the And Then…stories). Plus, if you notice one route seems to get a lot less traffic, the author can pad it to make it more interesting and perhaps draw more folks into it.

Data mining doesn’t have to be evil

@hustlertwo You make that argument to Dan.

@gower I mean, I suppose some authors might want to do that. But if people always/frequently complain that our games are “too short,” identifying the most-common-path and giving it specifically a little more love could help with that? (But who knows what/how to best handle that particular perception.) In particular, I suspect that most people don’t replay our games, so let’s try and make those first playthroughs as awesome as possible. Whereas addressing the less-pursued paths feels like a poor effort-to-remuneration value proposition.

Whereas addressing the less-pursued paths feels like a poor effort-to-remuneration value proposition.

That’s potentially true. I’m a huge IF fan, so I replay games until they lose all replayability for me, but you’re likely right in that the majority of people will only play once.

In which case, I totally see the appeal in padding the most-common route. That lessens the risk of complaints of “this game cut off just when it was getting good!” (which, I will admit, I have had more than once. I won’t touch an IF shorter than 80-100k words, anymore).

I could definitely see the appeal in a book such as, say, XOR, where it saves at the end of the major parts, to have a “You and x% of people decided to trust your companions”. I’ve always liked seeing that. It gives me an idea of how many other playthrough options there are.

Plus, when I get a number lower than 10%, I feel like I found a hidden path

Yeah, I may not be the best person to ask regarding the above.

My main concern is that they start viewing interactive fiction like a reader interactive where only the most common path judged by a primary audience is considered and continued, even if someone in the minority would want to see things differently.

I’d say IF is a medium where authors can express their imagination and ooze those creative juices when it comes to “what if” in a narrative scenario.

Granted, I’m not writing for living, not yet.

Dan was not in favor of this idea.

I am in agreement with Dan on this, even if we might have different reasons for being against tracking beta choices.

1st by tracking data of this nature and then using that data to influence the actual development of a game, you run the risk of setting up different types of feedback loops that distort your understanding of what is actually going on.

Is the person chosing this route because it is their primary choice or are they chosing it because they feel it is the least likely to be chosen and wants to test things others may not?

If a person choses one path over and over through subsequent testing rounds, why are they doing it?

Wouldn’t you want to ensure the privacy of your tests, so that the feedback given is as frank and forthright as is possible?

Now that testers know their choices and feedback is being tracked, compiled and used for unknown reasons, can you be sure they give true feedback and not feedback they feel may further an agenda of one nature or another?

These are just a few concerns off the top of my head that would have to be raised and answered successfully before I’d ever get on board with tracking beta test data as described above.

The thing is, these are not even the most important ethical concerns I would have … I sincerly hope that CoG staff resist data mining in this manner for as long as possible.

Statistical analytics can be manipulated and warped and is too malleable to rely on as the primary decision-making source material you use.

Was recently replay Life is Strange and I basically found the same thing. Bringing it to CoG specifically though, I think it that it might be a good way to encourage replays. Seeing “Oh, this could have ended that way?” can help to drive a desire to seek out a path.

My main concern is that they start viewing interactive fiction like a reader interactive where only the most common path judged by a primary audience is considered and continued, even if someone in the minority would want to see things differently.

That would be a real issue.

Also, I mean, sure, it’s an attempt for a better game, but our online presence is already under such unnecessary and not well-intended data mining that it would feel like an extra layer of it, even if a well-intended one.

Statistical analytics can be manipulated and warped and is too malleable to rely on as the primary decision-making source material you use.

And this, certainly this.

Seeing “Oh, this could have ended that way?” can help to drive a desire to seek out a path

Oh, definitely. It made me replay “And the Sun Went Out” from Tin Man Games - and that is an incredibly long game. It doesn’t remember your small choices, but it does remember the big ones, so having that little scale was fun!

Seeing “Oh, this could have ended that way?” can help to drive a desire to seek out a path.

Isn’t this part of what achievements are for, though? Would having stats just be more encouraging because (theoretically, at least going by the Life is Strange example) they would be harder to miss?

I feel like achievements in CoG/HG, specifically, have migrated to be pretty common things, like “You finished creating your character!” Generally speaking, they don’t seem to be for doing things that are difficult or off the beaten path. They just seem to be milestone checkmarks.

I actually ignore them, now, and have considered removing them from my own writing.

In particular, I suspect that most people don’t replay our games