Exile of the Gods -- Wield the chains of destiny, or shatter them?

The ending was disappointing. Why doesn’t it show any consequences for my actions? I chose to betray the Gods and boom, the game finished in the next page.

If you succesfully betrayed them, what consequences can you get?
You’re strong enough to take them one-on-one and before they arrive you leave. Any consequence we get for this will have to wait for the next game.

The game lacked any form of closure or epilogue. It felt like the game abruptly ended at a climax choice. Imagine any RPGs offering you a choice at the climax and leaving on a cliffhanger. That’s how this game felt.

@highsis I’m considering adding some more to the game to get a little more romance in there, and the place that’s actually the least intrusive for me to “build out” the game is the ending. If you don’t mind, let me know some of the questions you felt you were left with at the end–I may wind up answering them if I build out the ending. (Granted I’m asking 16 days later, so you may not recall! But it’s worth a shot.)

@Liudmila Thanks for your input and your review! I am toying with adding some more to the game this month, and that will certainly include romance first and foremost. The two things I hear most often for “Exile” seem to be (a) needs more romance and (b) the ending’s too curt. If you have any characters you’d like to have seen more of, anything you felt was missing in general from the romances in the current version, just let me know. I’ll keep the input in mind as I address other changes.

Was replaying the series again and just would like to praise it And express my love once more.

This time I got exiled with Kionus and would like to say that he is surprisingly the most sane RO, but only if player follows this brunch, the only one who more or less agrees with MC and praise their relationship over gods. He dislikes magic though, but nobody is perfect.

In first game he seemed to be the most fanatic idiot of all them. If only it would be possible to convince him to follow MC and to kill the gods with magic in the end. Like means justify the ends in this case. Just wow, was not expecting this. Kionus turned out the only character I feel guilty of betraying.

Fun fact: it took me this long to finally get my schedule under control and begin to address the ideas I began floating IN AUGUST! So glad you enjoy the games. One thing I definitely want to address in my adds to “Exile” is the relationship-related fallout that results from your choices in endings where you either successfully betray the gods outright, or where you choose to join forces with a deity who has their own plans for the realms–and a huge part of portraying that fallout will be deciding whether your RO will join forces with you, and under which circumstances they would agree to do so. Time to break out the logic grids!

The adds are here! If you haven’t played “Exile” before and are going to give it a spin, then I won’t give anything away. But if you were thinking of playing again, and you’re interested in finding the biggest changes this time, you will want to successfully betray the gods–without joining forces with the God of War or the God of Chaos–at the end of the game. There is a lot of completely new content for people who just outright betray the gods. Many, many, many new endings, and lots of ways for them to play out. The previous version of the game had a very sudden ending for people who made that choice, not so anymore. Very excited for folks to encounter the many new twists and turns!

Oh… So it has a few more replays worth…

Err, found a slight issue regarding the Steam version of Exile of the Gods, and that being an error code that popped up near the, I assume, end of the game. The error code reads: <<line 17219: Neither true nor false: nothing yet>>.

Should be fixed now.

Thanks for reporting this so quickly, and my apologies for the glitch so late in the game!

Do we have to accept the gifts they offer in order to betray them or can we betray them without taking the gifts? And we take the gifts, in the end we cannot betray them? This was confusing me.

I didn’t take the gifts on both games and betrayed them successfully twice. You just need to be a good liar for it. I guess gifts just make skill checks easier.

Any way to convince Nourala to join me at the end?

Need help i tried to save my progress from champions of the gods but it didnt work error message shows up. How to fix this 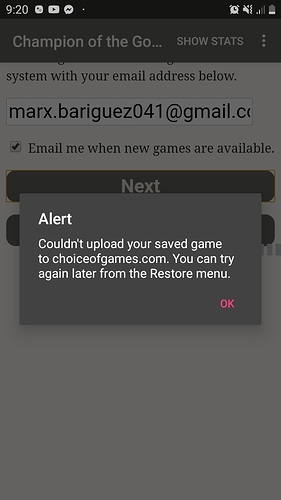 I’m afraid that this is an issue that is beyond the scope of what the forum can help with. In this case, you should contact Choice of Games directly by sending an email to support@choiceofgames.com .

I don’t really like either of them since it seems impossible to rebel against the gods. I tried different routes but it seems I end up a slave to gods on every ending

rebel against the gods.

My friend I have a simple solution to your problem

Your character must have high deception but do not make it obvious and they have to kill all the weavers and finally daggora in part 1 and do not reveal it to the gods because I think Cephiel most of all will have a counter attack plan on you when you try to take the stone in part 2 if you tell them the truth unless you want to become a exile of the gods then go ahead
Your character have to lie like they life depended on it and choose options that are not the truth and concealing your emotions after all this when you are with Doria, you have to become the Satan to her Eve and convince her into learning magic, I am not sure but I have a feeling she is the one who alerted the gods to you stealing the stone so if you convince her to learn magic it might convince Cephiel not to come to Doria’s aid and I am not sure but I believe you should not use your patrons gift at all in part 2
So my advice you have to have these stats because this was how I technically became a god of agossa 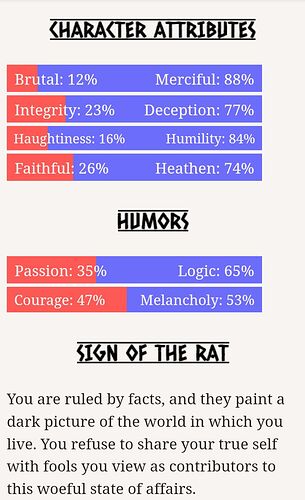