Demon Mark worth the buy?

Is it worth it? Is there romance? Not that a game needs romance most choice of games and hosted do though so I was wondering. Can you die in it? Anyone play it yet past the demo? I’d be interested in knowing if it’s worth the read.

I am not that far into the game, but I haven’t encountered any romance and I do not think there is any. Basically you go on an epic quest; gathering allies(?) and defeating/outwitting enemies and the end goal is to save your sibling. You play as a 14-year old and so far as I know all NPC’s are adult or creatures. So little chance for romance

I am not sure if you can die, since I always restart when I mess up

( 4 times so far…) Perhaps you can fail the quest.

Is it worth the buy? Dunno. I enjoy it, but maybe someone else won’t. Like I said: It’s more about going on a quest, gaining allies and ‘defeating’ foes. I really like the Russian folklore and these adventure-like games, but I do not really feel any bonds between the MC and their allies/ family even if they added some ‘bonding scenes’. It feels flat.

Well, it dlepends on your interest in games. I’ve only played it one time through and found it a bit exhausting because it feels like the plot takes forever to get moving, but it’s certainly cool and I haven’t played every route yet. There is no romance and you can die, probably, but the sibling you have is a precious little bean and you do get to kick some serious monster butt.

Long answer: Telling the story of your character’s sibling would be much more interesting then this slop… So no it isn’t, the game reiterates time and time again how much you love your sibling(even the first paragraph is mostly about them) and that you cannot seem to do anything but love the little wretch…

I didn’t like that.
First of all, they swapped the third Bogatyr - Ivan for Marya Morevna, who actually appeared in one of the tales, but still.
Second, that nonbinary sibling felt out of place. I hate it when the history of my country is being falsified to fit some agenda. I’m pretty damn sure it wasn’t that accepted in these times.
Edit: Yes, playing the demo was enough for me. I care greatly for these things.

I’ve had misgivings about this game ever since I learned it was being made. Well, for all the proper reasons, it turns out. Big surprise.

Funny thing: a demo is supposed to get you interested in the product, but all it managed to do is make me reconsider buying the game even though it is currently on sale.
Sibling situation aside (I’ll just add that this is one elephantine way to handle the introduction of the issue, especially in this particular setting, especially without giving the MC any real choice of opinions on the matter or even remotely realistic reactions), the writing itself is not what I’d call quality. I hoped it would be better.
And since it’s my country’s folklore being exploited… I’m more upset with the result than I’d probably be had this game been set in some generic fantasy world.

I’m curious, have you read the authors’ interview? One of the authors says “I was born in Russia and grew up with Russian fairy tales as a child”, and also mentions his mum taught the Russian language and Russian literature. So it is his culture too that he is exploring. They discuss folklore, history, and some of their game design thoughts briefly in the interview.

Bought it on Steam and before I could even get through the first chapter, I submitted for a refund. It is not engaging at all, some of the decisions are hamfisted. So in my opinion, no it is not worth the buy and a damn shame to, because it was a chance to have a unique look at Russian folklore. The writing is just so boring.

[quote=“Fiogan, post:7, topic:27240”]
So it is his culture too that he is exploring[/quote]
And? Does it somehow make my or any other Russian’s opinion less relevant?
Besides, it wasn’t the representation of the folklore I was commenting on.

Not at all, of course, and I’m very glad we have Russian people here on the forums who are sharing their opinions on a game involving Russian folklore.

I was curious whether you were familiar with the authors specifically because you had said:

since it’s my country’s folklore being exploited

Non-Binary option in Russian folklore seems a bit ham-fisted to me.

Maybe the best option would have been to leave the protagonist gender vague.

IMO, compared to an evil wizard who keeps his soul hidden in a needle in an egg in a duck in a rabbit in a chest in a tree, or a cannibal witch who travels around in a chicken-legged house, an NB child and their anachronistically-accepting family isn’t that big of a stretch.

Honestly, I’ve seen so many period pieces where the protagonists have curiously enlightened attitudes for their times:

“While many of his colleagues swore by leeches as a panacea, Dr. Goodguy thought they were, in fact, harmful.”

“Most people in Society thought it odd that Jane Protagonist’s father had taught her and her three sisters boxing, sword fighting, and marksmanship. But Mr. Protagonist believed that it was a dangerous world and did not want to leave his daughters without any kind of defence against ungentlemanly sorts.”

And so on. I just got done reading an alt-history novel set in 1899 London where openly gay men are embraced by the English aristocracy. This is the society that convicted and cast out Oscar Wilde for committing “gross indecency” with Lord Alfred Douglas! I’ve decided this kind of thing is not worth being bothered about anymore.

Plus, there’s God-only-knows-how-many fantasy novels set in a world that’s basically Medieval Europe, only there’s a bunch of women warriors that everybody - characters and reading audience - just accepts. (And also there’s magic and dragons and elves and so on.) This game’s treatment of gender identity is just more of the same.

I’d love to read it thank you for the hyperlink

If you want to know what makes Demon Mark special, consider reading this Twitter thread. 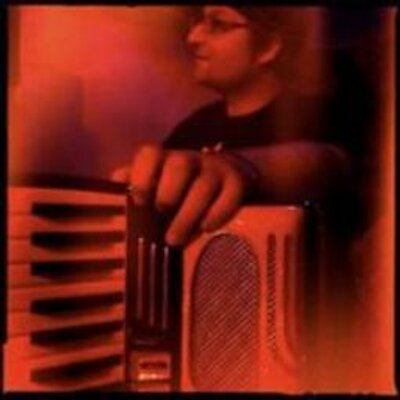 @choiceofgames But the point is that this game spends a lot of time putting you in situations you've never before experienced in a video game.

You may disagree with a number of things in the game, but this thread identifies and celebrates what the game is trying to do.

IMO, compared to an evil wizard who keeps his soul hidden in a needle in an egg in a duck in a rabbit in a chest in a tree, or a cannibal witch who travels around in a chicken-legged house, an NB child and their anachronistically-accepting family isn’t that big of a stretch

See is an aspect of Russian folklore. Other is not so much.

There is, after all witcher series with it’s great fantasy approach

Thing is, when I am put in situations I never experienced, I prefer if those are complex moral dillemas, not tolerance or social justice related

Then by your own words you wouldn’t be playing the Witcher series. Yes, it is a world where racism, sexism, and other prejudices exist…but it also explore issues of tolerance and social justice. Are those issues necessarily front and center all the time? No, but they are there.

It is fine to criticize when a piece of work doesn’t show any nuance or complexity, but when someone complains about ‘tolerance and social justice’…well, that is just someone spouting rhetorical terms without context.

(Let’s not stray too far from the main topic.)

Yet, the tolerance issues in witcher are perfectly expected. There wasn’t a single human child who walked before you and said that it doesn’t identify with either gender. Of course racism exists, it is based on medieval (eastern) Europe after all, and of course sexism exists, for the same reason,and this is why I have had zero problem with Witcher.
Edit: Racism exists for a different reason, but it’s still expected, as it is a reasonable part of the Witcher fantasy setting.

nods But those situations where you, the player, as Geralt, can express disgust/antipathy/etc. towards the attitudes where people are showing prejudice…and they do exist…that is as much a social justice/tolerance issue as anything put into a Choice of Game.

I’m not saying you can’t criticize if something is handled/presented poorly…that is more than a fair criticism (I’ve made the same criticisms myself). However, to say those aren’t pertinent…that’s not true.

I’m confused about why this guy’s comment has so many “likes”. It’s a fantasy novel written by a progressive author and published by a progressive publisher. It’s going to have some unrealistic aspects to it in the name of inclusiveness. Get over it.