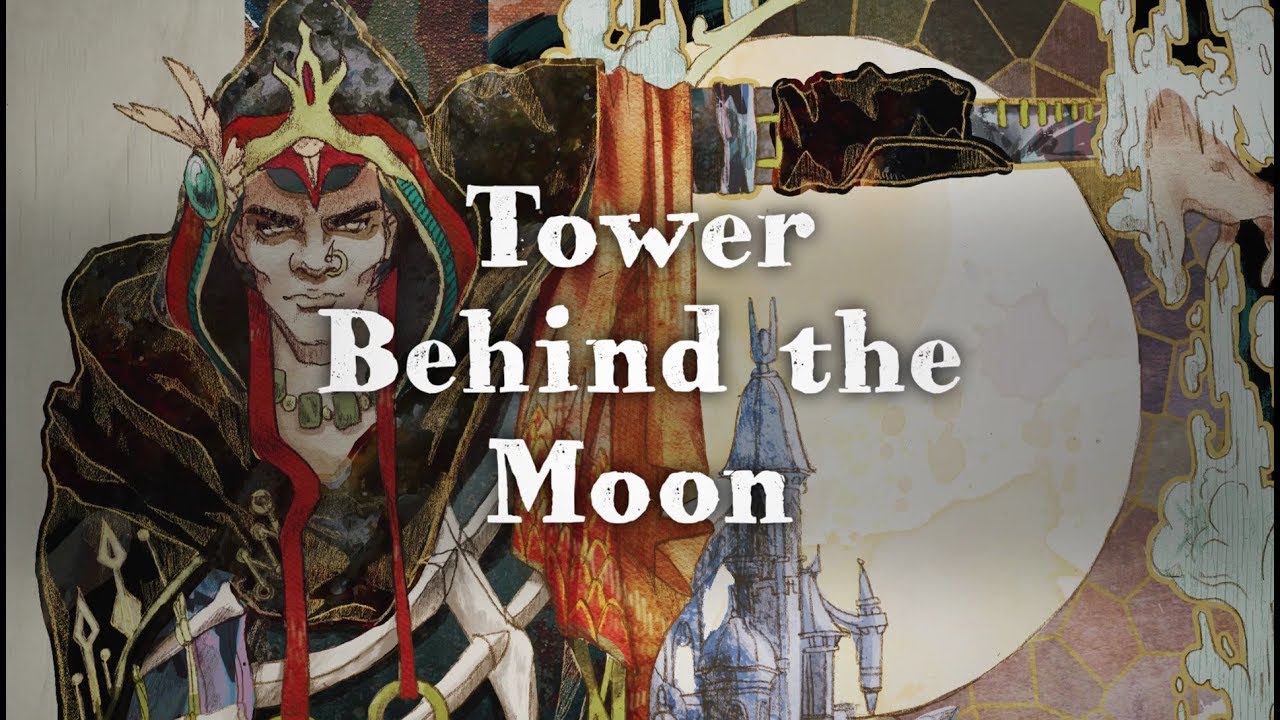 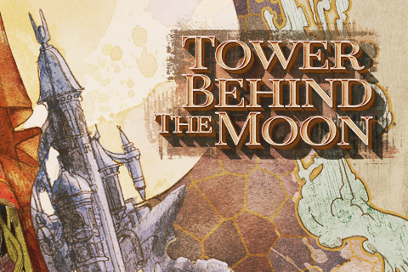 Tower Behind the Moon

You are already an archmage–can you become an immortal? Use magic and cunning to thwart rivals, fight demons, and outwit gods so you can join their ranks.

You are the greatest magician in the Sublunar World. It is not enough. As a rare Conjunction approaches, immortality is within reach. But the gods have noticed you trying to unlock the doors of hea…

Time to crack out the big boy books
Cobgrats Kyle on the release!

This is my favorite question and answer in the interview.

Who was your favorite NPC to write? I am a sucker for the monster.

Everybody loves that sassy golem! (Or skeleton if you’re a necromancer or elemental if you’re a summoner, etc.–the sassiness remains constant.) But I most enjoyed the juxtaposition of your apprentice (ambitious, arrogant, occasionally selfish and greedy but also self-conscious and frightened) and your mentor, who failed to ascend and now follows you around as a self-pitying ghost. You’re in the middle of these two character arcs, both as important as yours and both reflections of your own ambitions. You have the opportunity to shape the destinies of both magicians, but your actions don’t take place in a vacuum; constrained by circumstance, you may end up sacrificing one or both. There’s a sort of madness to the magicians in Tower , a hunger for power and prestige that the player can’t help but notice–because your fellow magicians never seem to notice their own motivations.

Character development and world building are my favorite aspects of Kyle Marquis’ writing.

I’m pleased that on his third game for us we were finally able to give Kyle the last release of the year, our “big game” slot–and Tower 100% deserves it. You like fantasy? You got your fantasy. 400,000 words of it. I love this game, the art, the trailer came out beautifully…I’m kvelling.

This looks like so much fun! It’s hooked me within the first chapter! I love fantasy, and I love it best when its doing something imaginative and intriguing. This is decidedly doing both.

Uh, yeah, I’m gonna purchase this without reading the demo or description.

I can only imagine the force and strength with which you will be smashing the purchase button.

Haven’t gotten a chance to read the demo yet, but I’ve really enjoyed Kyle’s previous works and the description is quite intriguing, so this will probably be an immediate buy for me. Pon Para sounds really great as well!

I can only imagine the force and strength with which you will be smashing the purchase button.

Just had an idea…
Sample marketing:

A little off topic, but we might consider trying pre-orders again, which we did for Midsummer.

I can say that you all won’t be disappointed. This is indeed a good game for feeling like a big wizard.

Do you want a spoiler there or not?

I will kill anyone trying to still my bard … POISON spell

I had play the Demo… it is totally different from the writing style of Silverworld , where silverworld thrive in a style of epic story telling , this game feels more like " click and see what happen next "

May i know … is it that the game require us to select a choice until we reach an ending ? will we be present in a story telling mode somewhere along ?

will we be present in a story telling mode somewhere along ?

On the stat page, once you meet the bard there is something along those lines…

I don’t have a problem with this gender selection screen as is, but I suspect people might take issue with the "I'll present as" text instead of "I am (gender)." or similar.

I’d actually suggest more content if you want to keep it as is.
After the “I’ll present as […]” choice tree, there could be a secondary tree, something like…

I don’t have a problem with this gender selection screen as is, but I suspect people might take issue with the "I'll present as" text instead of "I am (gender)." or similar.

Presentation has very little to do with gender selection. Presentation is how you present yourself at the time, nothing more nor less.

I thought this whole devise was used so the game specifically avoided gender choice issues.

Present as Where I from could be translated as pretend to be. It is possible many casuals will be rather confused more if aren’t lgbt knowledge. However it is clearer than certain hosted like @Nocturnal_Stillness I had to thinking four hours your old Sit with as gender selection and I failed miserably lol

Present as Where I from could be translated as pretend to be.

An excellent point. Thank you, Mara.

We don’t want people thinking gender is ‘just pretend’ because such a notion discredits and belittles entire communities.

Presentation has very little to do with gender selection. Presentation is how you present yourself at the time, nothing more nor less.

You’ve basically hit the nail on the head. “At the time” suggests that gender is dynamic rather than static. Gender is in fact dynamic for a number of people. Gender is also, in fact, static for a number of people. These two doctrines exist simultaneously, and it is my opinion that one truth should not silence the other. That’s why I suggested the secondary choice tree, to account for both.