I’ve updated the core files used on DashingDon.com to the latest available from the CoG github. Hopefully that resolves this issue!

I absolutely love this. I would definitely be willing to buy this game. Was wondering if it’s possible to add like the ability to seduce the opposite sex to get something you want. I would love my female mc to be able to use her charms and other ‘assets’

@dashingdon
Right, thank you for that. Now, I’ve cleared my cookies cache to test run it… but… for some odd reason, I can’t seem to continue to the second page… like I’m stuck in the first page of my game. I keep pressing “Next” and nothing happens… I’m pretty sure it’s temporary though… but, just letting ya know…

@eunicegirl
Isn’t that the whole point of being a con artist? Yes, you can seduce members of the opposite sex. BUT! there will be other NPCs who are homosexual and other NPCs who could and possibly can resist your charm… So use the power of your tounge wisely

@MichaelMaxwell loved it, really < and i have to say i like your rude jokes about weight and all that hahah

P.S: I don’t know where Choice Of Games draws the line on what’s considered “Over-violent” or “Too much profanity” so currently trying to play things as safe as possible…

CoG seems very liberal in the violence department, as long as users’ personal sensibilities aren’t offended. But I might be very wrong, don’t want to mislead you. @Cecilia_Rosewood could you shed some light on the question (@Cecilia_Rosewood sorry for bothering you, but you seem to know the answer to everything regarding rules and policies of CoG

I’m neither a spokesperson of CoG nor in any official way connected to the company, so officially I know nothing. I’m just a volunteer who spends a lot of time skulking the forum and sorting out minor issues and redirecting people to places on the forum where they might be able to find the answers to their questions. In this case that would be

@cottage14 Games with killing in them are deemed ok because they don’t go into detail, usually something like “You aim your gun and pull the trigger, and BAM, a hole appears in his chest, and down he goes”. No real detail is given (though I’m sure the reader can imagine), and certainly nothing that wouldn’t be in any popular book. What you’re describing is decidedly different.

Don’t be too spooked by the title of the thread. It isn’t solely about that subject. More a discussion about company policy. (And Apple being a pain in the behind, of course.)

@Cecilia_Rosewood
@ruhenri
Thank you VERY much, this actually helped me a LOT. I’ve made a line for myself not to cross… well, a guideline more less…

I’ve dealt with Apple’s content policy more than a few times, BUT I’ve never known what is they consider to be “too much to sell”. One of the things I realize about Apple is that their content policy is VERY similar if not, a copy Microsoft’s content management system… which I happen to have grown to hate… don’t ask why…

I thank you two VERY much, and so far I’ve emphasized on the word “very” three times now… Also, I think I should share this to a friend who’s also making a game like I am…

like what i seen so far.
have no real comment beyond that
keep up the good work
cheers and happt coding

I like it so far I can’t wait for more

I’ve been on stuck on something lately… I’ve been trying to make the game as realistic as possible, but it’s just too much work for me… I’ve gotten to as real as making bullets count. as in, you’ll fire your gun as much as long as there’s still a bullet in the magazine… if it’s out you have to reload…

… Like, is that too much? or should I keep researching a way to implement that in the game?

Gun mechanics also have an effect, like your gun will jam if you’re not lucky… also, if you don’t clean your gun, it’ll have more chance to break and jam when you try and shoot it…

The question is… am I overdoing it?

I actually like all that you’ve said. Hell Guns jam if you dont clean regularly or you’re just a shitty owner or as you said. Shitty luck (Prolly cause your access to guns are from shady places). As for the bullet counts, i like the thought of paying attention to how many bullets you just fired. Cause a firefight with cops and you run out of bullets just as you jump out like scarface… Welllll funny shit till you get riddled with bullets.

I’ve also made armor systems… like if a person shot you in the chest, and you bought body armor that protects your chest… 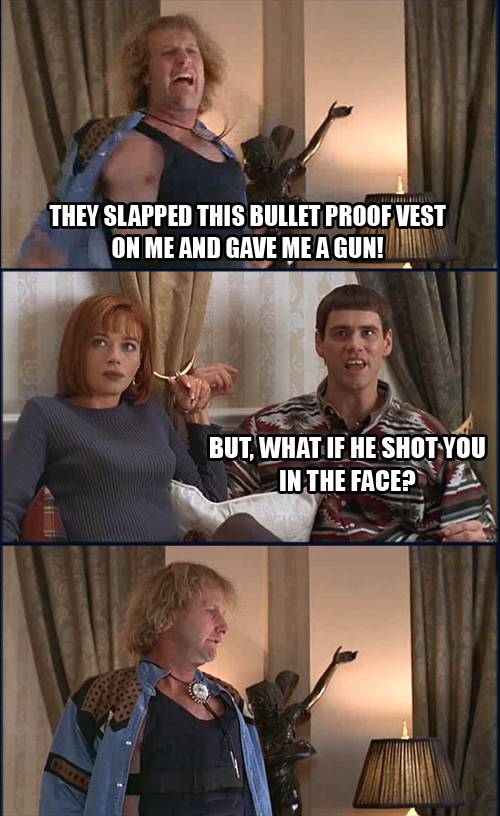 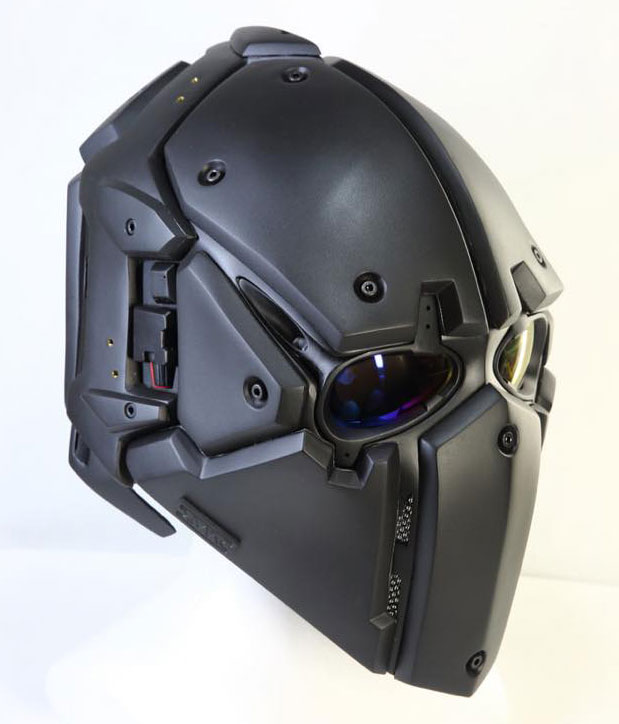 @DisturbedOne
I’d like to make bullets count but the easiest way is to use Magazine counts instead of individual bullets. But it’s still gonna be a messy jumble of codes I have to figure out how to use… but once it’s done, I can use it whenever and as many times as I want.

Also, the armor system will be an individual protection system. The base being front and back protection. You can buy optional protection for your arms and thighs, and a ballistic helmet… or just buy a full on juggernaut suit… but those armor, like the guns you use, will also be decaying as you use them…

just a minor thing i want too nit pick those feds and cops where on you pretty damm fast?
how they do that if nobody seen your face and all they have is body type. how they know you where there?

oke the looked true your room or found your gun on you but they would have too have a reason too suspect you in the first place?

also if you do a none lethal run true how much can the get you for? theft, maybe if they can prove you where there.
assessor too murder? don`t think that death was planned in anyway.

so if your in the back cutting! nobody seen your face, hardly know what your body type is, had nothing too do with the dead body or not and did not shoot or hurt anyone so what can they hold you for again?

In the interogation, it’s explained that they have a LOT on you, which means that the FBI has been watching you, as soon as the Archangels are watching… which means they’ve known your every move eversince you made contact with Kaidan Joy

The FBI were on you even BEFORE you robbed the store. The funny thing is, I was gonna have it explained what your charges was if you didn’t try to escape, and they have you awaiting trial after a second interrogation.… though I removed that option…

And all they need, is evidence that you’ve at least once worked with or for Kaidan Joy

oke then
theft, ya
robbery, sure
burglary ? when?
accessory too murder, murder as far as i can tell means someone(s) planning on killing someone else far as i know that was not part of the plan
conspracy with a known felon, did not know planning something illegal was a crime now? even if it is with a known criminal
insurance fraud? when where how?
accessory too money laundering. likely true still have too prove that in any real sense did not see any unless someone else did it and it is also being pinned on us after the fact
also racketeering? where did we do that i must have missed that part

also
thanks mouse for getting my criminal ass of the FBI list, well done. so nice that i pay you for that kind of help

The first 4, Theft, Robbery, Burglary (Your past crimes), and accessory to murder, are the only thing they have on you yourself…

What they can ATTACH to you though, is everything else that they have on the Archangels. They use that to scare you into confession, eventhough they have only one or two evidence that links you to the Archangels…

I suppose you’re right, I’m trying to smooth out the narratives and plot lines, thank you for pointing this out for me… I’m learning more as I go

… Also, I learned about law and criminal charges for like only 2 months along with planning how to escape a precinct, how to bribe cops, how to plan moving the MC to another state without anyone knowing, and lastly I’ve been working on a system to make every bullet count, so forgive me if had anything wrong.

Hopefully no one will look at your browser history. Things like how to escape a precinct and how to bribe cops are kind of suspicious.