Hello, friends. On all the COG or HG books I read, there’s stats. Now I’m wondering, “What about books without stats?”

Is stats one of the basis of a good IF book?
Would you read a book that has no stats? Books are required to have stats if the author want to publish it trough HG?

Basically, these are the questions that come to mind. If you have any others that fall into this category feel free to ask them. Have a good day.

Much of the non CoG IF I’ve made doesn’t have visible stats, though they have variables and checks of various complexity. I don’t think they’re necessarily required, but they are a major part of most CoG or HG games so it may feel less complete without. Creatures Such As We doesn’t have stats, though, and that works well, so if the story you’re telling lends itself to not having visible stats, it’s definitely something that can work.

I think a “no stats” approach could work, but the game would have to necessarily been more about the MC choosing WHY do to things as opposed to HOW to do things. In other words, it would probably need to be a game without any sort of testing choices, as testing choices test stats, and without showing stats (or even having stats), there would be nothing to test, and no frame of reference for the reader/player to base their decision-making.

But yeah, you could have a game where the MC can travel whatever path they wish, or you could have rather arbitrary choices (like with the old Choose Your Own Adventure books), but I’m not sure many folks would appreciate the later.

All this to say, CoG/HG is just one sliver of IF, but it’s the one we’re all likely most familiar with, so stripping the conventions of stats might be a hard sell to most CoG/HG readers.

You should check out Day Off Work, that is a HG with no stats. It didn’t seem super successful, though (although I quite enjoyed it), so take that as you will.

I’m personally interested exclusively in the story. I check the stats only when needed (in IF with stat-sensitive branching).
The only desirable function I see to visible stats is to show the status of my PC (how my PC feels or how my PC is seen by other characters), but all of this can be integrated in the main text by talented writers

I feel like most people who play CoG/HG do so because these kind of books allow them to role-play their characters and stats (along with other features and mechanics) help visualize that. Like progress, in a sense. I’ve seen the games you’re trying to make and they’re definitly different from the formula most users here are used to, which can be both good and bad.

You could make a book that focuses exclusively on the story (there are a few releases here who have chosen that path) but I can’t vouch for it’s success, or becoming rich off of it. Some will definitly appreciate it but the way I see its going to be like selling an FPS to a crowd that is used to (and prefers) RPGs.

Basically, CoG/HG titles are renowed for their RPG-like elements; stats, character customization, romance, alternative paths, different endings, etc. Here, tailoring an experience for the player is just as important as telling the story you want to tell. If you’re going to be taking away a few good features people like and want then you’re going to have to make up for it with really good writting.

Whatever you do, though, don’t add forced content because it rarely works and people can smell it from a mile away. If you’re not comfortable writing certain things or find them detrimental to the story then, by all means, stick what you want to do.

Books are required to have stats if the author want to publish it trough HG?

I could not find the vaguely remembered staff response I remember from the past but one of the requirements if I remember is that use of stats is mandatory in order for the game to be considered complete.

As @HannahPS indicates, there is: 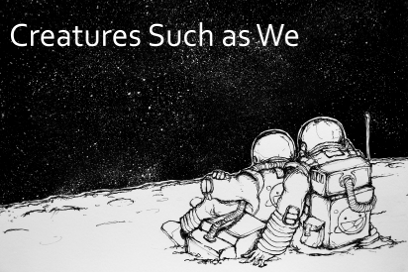 Creatures Such as We

A philosophical romance with game designers on the moon. In this game within a game, there has to be a better ending! Awarded 2nd place in the 2014 IFComp.

which has no stats, but I believe this is the exception that proves the rule. This was specifically written for the 2014 IF competition and as a result of being awarded 2nd place, I believe it was incorporated into the official CoG library.

Part of the real issue is the tension between authors/developers who view the end product of CSG (Choice Script Games) as books vs those who view them as actual games.

Any of the staff (or those with more tangible knowledge) can correct me but this has been my understanding of the issue.

Edit: @hustlertwo indicates that there is another, more recently published stat-less game in the HG library; so maybe, I am mis-remembering the staff response.

Edit 2: This thread is a good place to see a discussion about the use of stats in these games:

Opinions about Stats (Skills, Relationships and Personality) Writing and Content

So… I don’t even know where to start or what I’m entirely trying to say with all of this, but I’ll try. Ok, so this thread is about discussing stats and the point of their existence in the first place. It has been something that I’ve always been thinking about ever since I started playing Choice of Games and I think that it would be nice to have a thread to talk about it. I think that one of the main characteristics that distinguishes CoG games from others decision based games that I played be…

Personally, I’d love to see a stat-less game. Stats are usually an afterthought when I’m playing - I might check them randomly here and there but overall I ignore them. I tend to remember how I play and usually I can get which choice corresponds to which stat, so I just pick the one that sounds the most like how I’ve been playing.

When I’m designing, it’s a bit different, but I still don’t use stats often. Relationship stats are about it for me. It really comes down to the author’s style and what the story needs.

I believe I saw a few projects go the middle road of having stats, giving the user the choice.

Like, measuring health or injuries, being able to see their stats plainly (50/100 Health), with vague descriptions (You’re not feeling so good), or not at all and the context must be provided in the writing.

“Scratch” was also published as a Hosted Game a few months back, and had no visible stats. So it seems like they will allow it.

I don’t think there was ever a game that I played where I enjoyed it because of the stats. For me, it’s always the story that interests me. But there have been some games that I couldn’t get into at all because I didn’t like the way the stats were handled.