What defines a story branch for you? What makes flavor text?

Straight to the point:

What defines story branches for you? What is just flavor text?

Going by the CoG guidelines, there’s a bit about choices being ought to take the reader to a meaningful difference.
To me, that is what would be one aspect of branching whether big like a different bit of story, or small, like the outcome of a check

I’ll use the hostage situation at the station from Hero Unmasked! as an example:

For those that haven’t played it:
At the beginning of the game, one of the villains holds the tv station the MC works at hostage with a bomb.
That bit is what we’ll call storypoint A.
Afterwards there’s a scene at the parking lot, which is storypoint B.
The inbetween is the branching:
What do you do? There’s four approaches:

Each path leads to a different line of events, all including a couple of skill checks.
You will always end up at point B, but the how is different (obviously). Did you e.g. find the bomb on time? And if yes, how? Did you manage to disarm it? Again, if yes, how? Or if not, what did you do that failed?
The game acknowledges all given approaches and outcomes, letting the branches come back together at the story points.

While the way from A to B is rather short in this example, another way of branching would be major branches that only come back together at the climax (can’t think of an example here)

This is what makes branching for me.

Flavortext on the other hand is going from A to B with only a few words different.
(Yes, I am going to use Heroes Rise as example, bite me D= )
HR is infamous for it’s railroading and often bizarre storyflow. Two examples would be the infamous ‘patrol the streets’ in the first game, and the ‘join the town’ in the last:
In the first game, when deciding what to do on the first night as a hero, there’s an opition ‘patrol the streets’
The option is a trap and (after punishing them) railroads the player back to the other choice, which only comes in two flavors:

with the second option getting a bit of text identical to what the player will read should they encounter the NPC later.
The second example is getting really bizarre:
Early on the player’s asked whether or not their character wants to join what’s technically a terrorist cult (the game itself makes it clear the leader is still up to no good) and gives the option:

in the first two options the story will continue to the shows finally, someone will leak a scandal and the MC flees to the town, with the text being identical except for a couple of words.
This is okay in terms of flavortext.
But the third option (joining them) will result in the MC watching the show’s finally and the whole thing going down the same (with the same choices etc) except for the fleeing.

So the choices did not branch, but resulted in flavortext.

There’s also the third case I’d say, when the flavortext is the result of branching.
Like when one’s actions in an early chapter are acknowledged, or (and I would say that’s the biggest one) in epilogues that change to account for what happened in the story.

So, how do you define branches and flavor text?
Is there a common definition?

I would define a story branch as any choice which causes the games to shift significantly depending on your choice or collective choices. I think a good hallmark of a great COG game is if the last third or at least quarter of the game can be totally different based on such major decisions and resulting branching. In the case of longer multi game series it might be interesting if the final game can be vastly different depending on decisions from the earlier games, but I can respect that’s probably a bugger to code.

I actually agree with your examples, but I always thought that branching implies major difference in scenes, events etc. Like opens some content, but closes the other. Not just different ways to get from point A to B.
In Tyranny your chosen alliences in the end of 1st act determine which locations you will visit, which NPC you meet, how they will react, what quests you get during the game. The only bright example of branching how I understand it I can remember right now.

In Tyranny your chosen alliences in the end of 1st act determine which locations you will visit and which NPC you meet, what quests you get during the game. The only bright example of branching how I understand it I can remember right now.

Probably one of the best examples of Telltale doing branches right was how they handled Joker towards the end of Enemy Within, where the final episode is nearly entirely different based on one heavy choice with two separate takes on the villain, and within those two branching final episodes variations from choices regarding supporting characters from the earlier episodes come into play. It’s only really the final scene which is the same, albeit under different circumstances, and leads into one final choice which I honestly believe would have set up two very different opening episodes for a possible third season.

Its not technically correct, but my brain splits *choice followups into “branching” and “connective tissue” with flavortext being its own little box.

Branching is anything that gives its own scene or interlude, usually at least 2 standard pages of text and if it’s a good, meaty branch, some choices within it. The connective tissue is the handful of paragraphs describing the results of your last choice and pushing you back into the main story flow, usually not too long or substantial (usually skimmable).

Flavor text is the little variations inside text–paragraph additions and little asides–that tailor a scene without restructuring it.

The first example you give would be branching, the HR would be connective with flavor text tailoring, length aside (and the length is why it’s railroady and I why I probably dont remember much besides the parts that were uncomfortable to read).

Also with regards to longer branching, Choice of Robots can take you down some weird rabbit holes before its conclusion if I recall.

(Edit: Also I know all my posts are rambly but I’m tired and wound up right now so sorry if this is worse than usual) 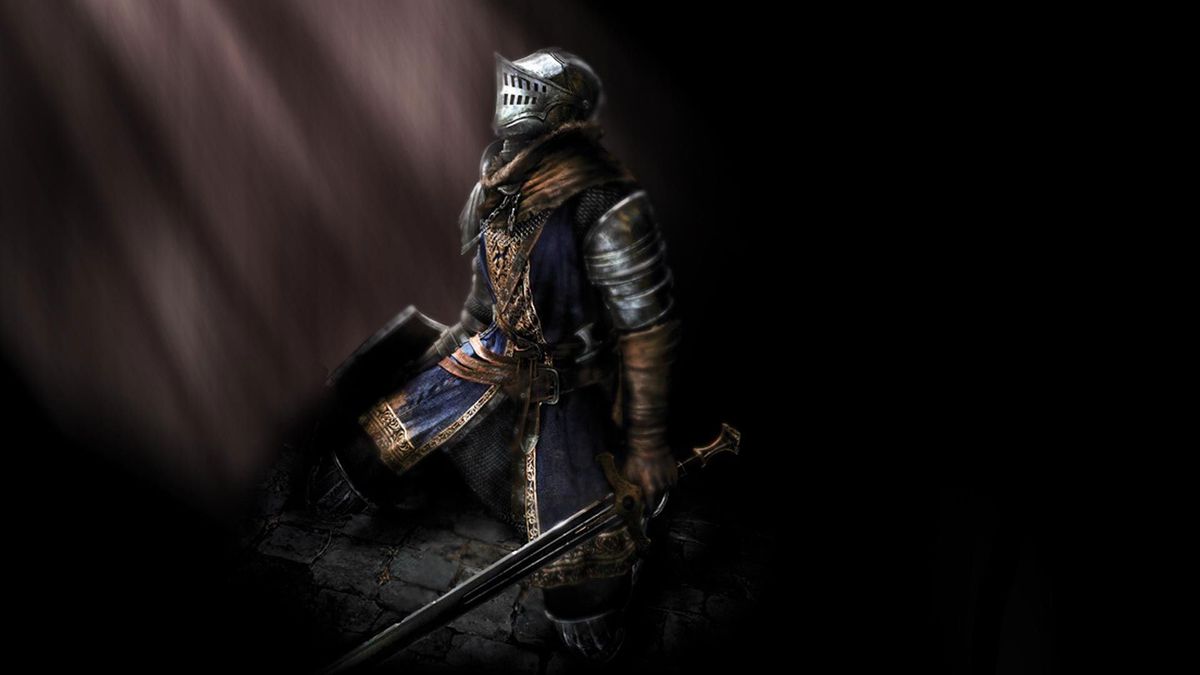 The art of flavour text

How developers use in-game descriptions to bring worlds to life.

In a CoG/HG I think of branching as taking a choice that means you miss out on seeing another part of a scene, whole scene or even more. That could be because of rejecting an option, choosing how to spend your time, or choosing how to tackle an obstacle. For example, in Blood Money, you can choose who to socialise with at the party celebrating Casimira’s life, and you never get to see everyone in one playthrough before running out of time. Branches may meet again relatively quickly (say, at the end of a scene or later in a chapter) or stay separate for longer. In Blood Money, leaving your family is an example of a long branch that ends up being separate for most of the rest of the game.

I don’t think flavour text is at all a bad thing in itself. It can really enrich the game and make it feel special, especially if it’s responsive to previous actions, the stats you’ve built, or even a character background you’ve chosen. I remember being excited to see the location descriptions in Choice of the Deathless change depending on your family’s wealth growing up!

Choices that don’t visibly cause major branching can also affect stats which then has a knock-on effect later when the stats are tested (the delayed branching that this old but useful CoG blog post discusses). Lack of visible branching doesn’t necessarily mean there isn’t something going on in the game behind the scenes.

Long story short, I think I feel similarly to @MeltingPenguins, though I suspect I enjoy flavour text more!

I would define story branches as an umbrella term that can encompass both the big and small changes in scenery of the control flow.

I would consider both examples (Tyranny and Hero Unmasked) to be branches in the story. The difference is that one branch affects the entire story itself in a dramatic way, while the other affects the story within the limits of a singular scene file - usually.

A fallback example of flavor text to be casual mentions of the MC’s customization.

Flavor text is important, hence the word ‘flavor’ slapped in front of the word text. However, someone could reasonably enjoy a certain type of food for other reasons besides the flavor, such as texture or smell. So when comparing flavor text against text, the latter is probably going to be more important because it’s the bulk of why a reader chooses to play an IF.

If we compare it to a novel, I would say that flavor text would be similar to all the metaphors and similes. They help us visualize the novel, but if there’s no plot… and the book just ends up being pages upon pages of metaphors and similes that don’t do anything/lead up to anything… then what’s the point of reading the novel?

In a nutshell, flavor text is decoration. Maybe it’s a few lines of code slapped into the scene file acknowledging a player’s customization choices. If you had to contextualize it in a way that was measurable, I’d define flavor text as anything that could be ‘shaved out’ of the narrative without compromising the integrity of the plot in a particularly major way.

I might be alone in this or in a very small minority, but I really don’t need each choice I make to lead to a completely different path. Its all about feeling like I have some control over my character.

In a video game I get that through the gameplay. I push forward, and she walks down the hall. I push "A’ and she jumps over the pit. Over several hours gameplay the line gets blurred and it becomes… I walk down the hall, and I jump over the pit. That’s the magic part for me. When I start thinking of my character as myself.

Obviously CS games have very little of this sort of gameplay. CS authors have to create the bond between player and character mostly through choices. In my opinion every type of choice helps do this. Obviously the big choices that completely alter the course of the story are great, but they don’t necessarily do a better job of bonding me with my character than ones that change even a single line of text.

In fact, thinking about it now, I think it’s mostly the small details that have made me fall in love with most of my favorite characters.

I would say i have pretty much the same point of view as you. A branch is when you have more than one way to do something, and that takes you to a different path, even if in the end of that path you will be at the “base” of the tree. The flavor text is just a minor difference in the text when you are going to get to the same point the same way. As an addendum: even with flavor text being not “impactful” to the game technically, i think it can be an amazing thing for the reader to see what they did acknowledged, and that will make them engage more with the game in general, resulting in a better experience overall.