Okay! First of all, you can ignore bits and pieces (or all) of this at your leisure, this is only a guide to realisticish medieval worlds if you don’t like any part of it, though do make sure your world still makes some sense, the best stories do typically have great worlbuilding.

People who also have some medieval knowledge, I encourage you to share it here, and please tell me about anything I missed or was wrong about.

Thank you for reading

You can have sharp weapons go against armour though. The way this works is by targeting the weak spots, though it is quite hard to do, unless you are skilled, or your control of the weapon is good, which means polearms can still go against plate armour. Though you use swords against them, it’s very hard to do so, unless you use a technique called half-swording, where one hand holds the blade to give the user more control. And no, even without protection the hand will be fine, unless it slides on the blade, and that is also why you should grab the blade tightly.

But the ultimate champ against plate armour are blunt weapons. Maces, warhammers and the like.

Also, don’t make the weight of armour slow down the wearer significantly. That’s just…no. The weight is distributed throughout your body, and it’s around 15kg to 25 kg typically. Not only that, these knights aren’t some nobodies. They are heavily trained and very fit. They train with full armour all the time. The weight to them will be nothing. Also, the restriction of movement is bullshit. Armour is designed not to hinder your movements. You can flip, roll, jump around, do splits, anything in armour.

Ding Dong here is right, though do keep halberds and other blunt polearms in mind, blunt weaponry is, far as I’m aware, most effective against armor in a melee.

Ding Dong here is right, though do keep halberds and other blunt polearms in mind, blunt weaponry is, far as I’m aware, most effective against armor in a melee.

Perhaps you should make clear that plate armors, at least in europe and the Levante were dated from the late 14th century on. So I would not really Count them towards medieval at all.

So the first thing is to think how “historic” you are going to be I suppose.

Not very deep or sound advices

Perhaps you should make clear that plate armors, at least in europe and the Levante were dated from the late 14th century on. So I would not really Count them towards medieval at all.

He said “medieval world”, so most likely an a setting inspired by the medieval times. In such a case, there is no such thing as historical accuracy. You can only aim for realism.

Okay. Please site a source for this. This sounds like complete and utter nonsense, which it is. In fact, I got annoyed from this. I do not appreciate misinformation.

This can be completely dismissed with one word: spears. I could go on a massive rant proving how there is much more to polearms than usage against cavalry, but I’ll just leave it at that.

…no. Most writers aren’t creating entire languages. At the most, they’d just make up some words and that’s it. And the hard work dealing with communication problem part, yeah…
The point of doing this is making the world more realistic. Having other kingdoms use different languages is a must, if not, you’d be brutally shattering any sense of realism in your setting and completely erase logic and be chucking good world-building out the window, while completely breaking your reader’s immersion to the setting.

Machiavelli Il mestiere delle armi (The art of war in English)
To your information Machiavelli lived beetween '400 and '500 and actually participeted in warfare.
I think you should actually quote your sources insteaed of accusing others of fake information

It’s misinformation. Complete, utter misinformation. Machiavelli wrote his opinion. He is one man, and no master at warfare. Even if you barely read on subjects such as these, you can understand that he was wrong. Otherwise, polearms would had not been the most used weapon in the world, and last for thousands of years.

I did not post sources because I thought this was common knowledge for anyone who read up on such a subject such as this.
Down below are a couple of good videos on it 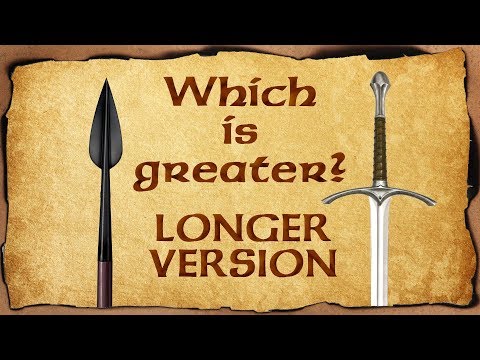 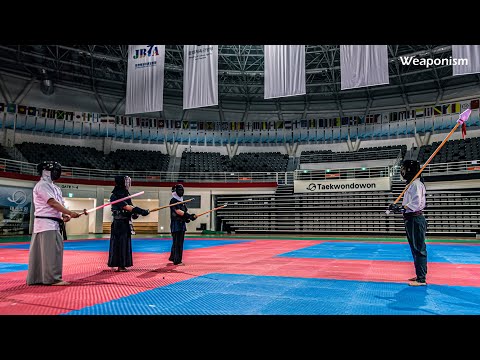 I know these are mostly talking about spears, but spears are polearms.

Like dude, I seriously can’t see how polearms are only good against cavalry. Straight up common sense just dictates that’s not true.

Edits: Just me adding certain sentences and removing some links because I originally wanted to use them as a source to prove how polearms are good not only against cavalry, but then realised the articles don’t really talk about that that much.

I don’t even know why anyone would think poelarms are just against cavalry, because the ancient Greeks pretty much did no warfare other than phalanx warfare (well, and naval). Polearms are for massed close-combat battles, regardless of what’s on the other side, including other polearms.

1: Flat inaccurate. As has been said, piercing chainmail with a sword is entirely possible and even if full plate exists (which isn’t a guarantee), very few foes will have it. Also, there are two-handed swords that can, in fact, pierce plate as well as any polearm (in fact, the shift to longswords/“bastard swords” was in part driven by that). For anything less than full plate, a sword is pretty damn useful and generally the king of weapons once you’re in a melee furball.

2: Right but not for the reasons you state. Polearms are the primary weapon of pikemen (including halberdiers, etc.), yes - but it’s very rare that you can get pikemen solid enough to repel a charge before the era of standing armies. And levies carry whatever weapon they brought from home (as every man - adjust that word for your world as needed - who could be called to arms had some training and their own weapon). Actually, the dominant polearm users for much of the medieval period were knights, who obviously favored the lance and the shock charge. Who indeed dominated the battlefield, at least until they needed to fight in full mail in the heat of the desert

Anyway, the late medieval period was characterized more by a development of combined arms than by any one weapon. Most notable in my mind being the combination of pike and crossbow, later evolved to pike-and-shot.

Half-jokes aside, feudalism isn’t tied to religion, it’s a result of a variety of social factors and occurred in places from Europe to India to Japan - even China in a lot of time periods. Now, what you should consider regarding religion is…well, everything. What religions are practiced, and what religion’s role in society is. Gary Gygax created a bit of a chimera when he cast polytheistic (specifically theme-park Greek) religions through a Christian lens (note that he’s not the first to really do that, but he’s the one who everyone copies), so you get the silliness of everyone “following a deity” as their religion when that deity governs over a particular facet of the world (like a “god of smiths”). I think feudalism makes perfect sense if you’re using something like that, actually.

Also, I forgot: Machiavelli was a hack. As a tangent, so was Dante.

I strongly suggest watching Shadiversity on youtube. He’s more then willing to engage in debate and link the rebuttals of other youtubers, and admit when he might be wrong about topics. Imo he’s one of the best sources to use for help with Medieval/Fantasy stories and making it however realistic you want. 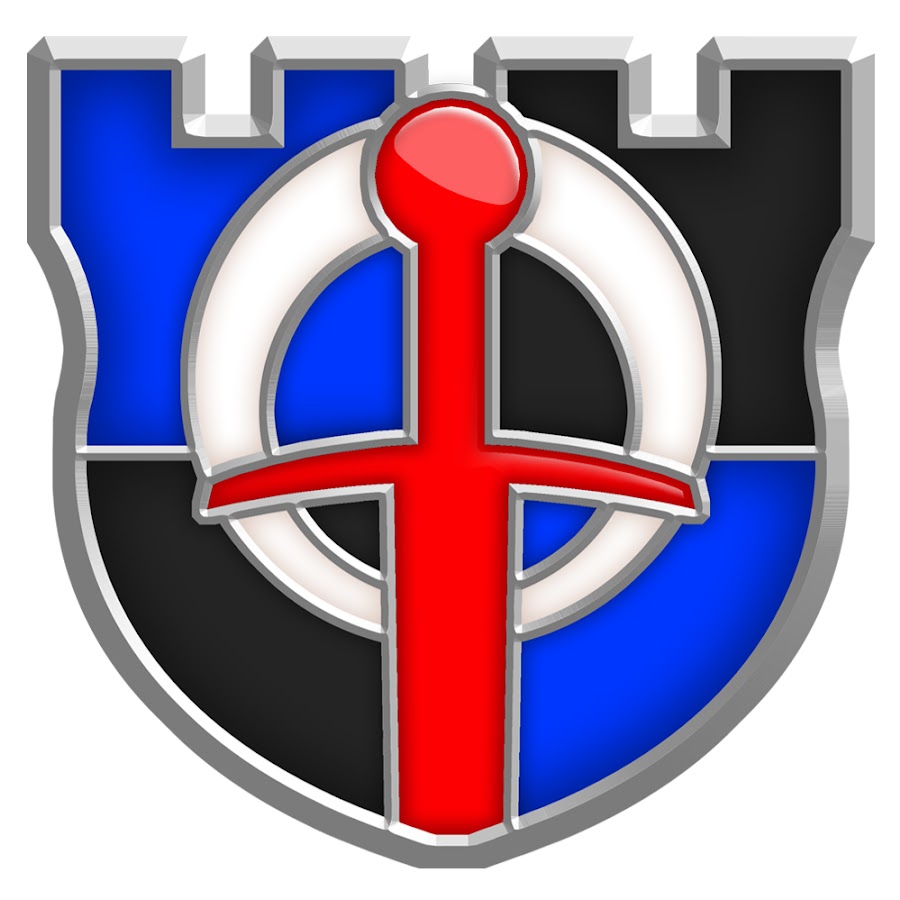 WELCOME! Here you'll find such videos related but not limited to: SWORDS, Science fiction, fantasy, philosophy and SWORDS! So really anything related to being a nerd.

edit: Thought I would toss another youtuber I enjoy and who does some back and fourth with Shad on occasion. 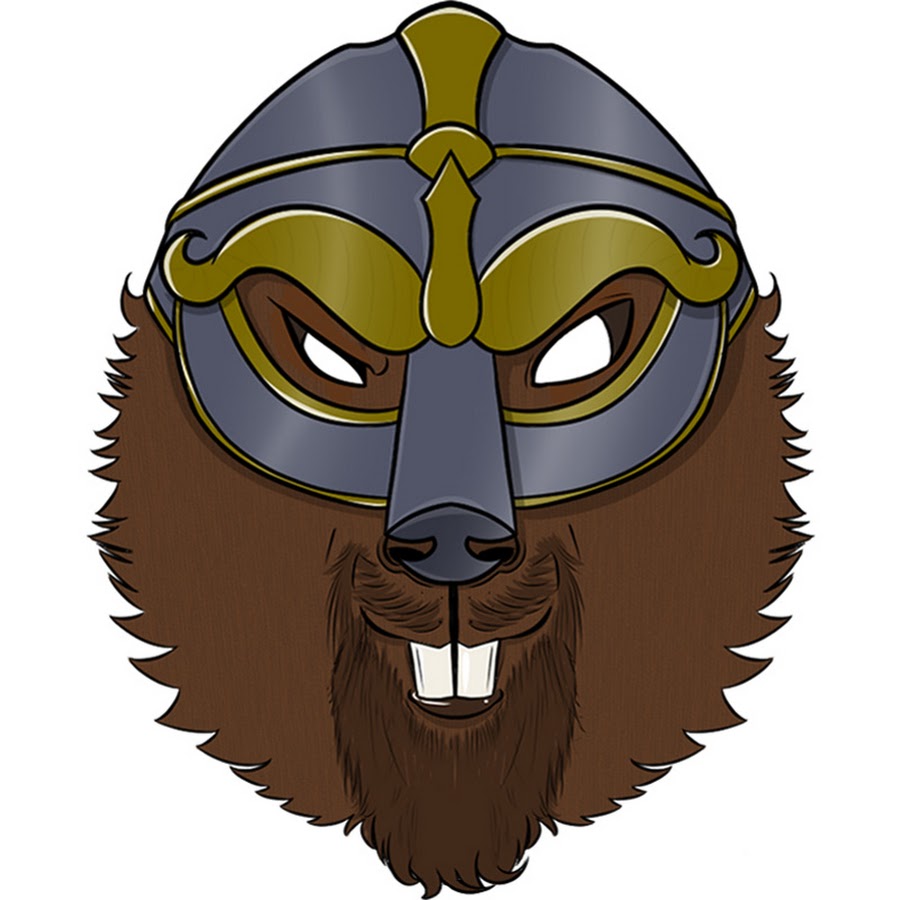 Educational entertainment focused mainly on historical arms and armor as well as knives / tools, firearms, bows, and crossbows. I'm not claiming to be an expert, I'm just here to share my passion, debunk common misconceptions, give buyer's advice,...

1: Flat inaccurate. As has been said, piercing chainmail with a sword is entirely possible and even if full plate exists (which isn’t a guarantee), very few foes will have it. Also, there are two-handed swords that can, in fact, pierce plate as well as any polearm (in fact, the shift to longswords/“bastard swords” was in part driven by that). For anything less than full plate, a sword is pretty damn useful and generally the king of weapons once you’re in a melee furball.

I agree with some of what you said here, but, there are some parts that a little…no. A sword piercing plate armour is very very unlikely. Even if you were using a 7ft great-sword and are Gregor Clegane, you still most likely won’t pierce the plate. Also, the sword was not the best for melee generally. If you just checked the videos I shared on my post, you can see that the spearman, who has little to no training with the weapon, effectively defends himself against multiple swordsmen, who are extensively trained in it’s usage

Now that is semi true. They did take what weapons they had at home, but the thing is, most didn’t have a weapon. And so most carried spears, as spears are effective, extremely easy to use and train with, and very simple to design and cheap to make.

I mostly agree with the rest.

In the parlance of Twitter, I’ll be taking this info, but first I’ll hand out likes, because I do have manners.

Go ahead man, the entire purpose of this os to get some discussion going and to help authors out.

I do not really engage in this discussion, but just for consideration: please note that I will refer to the roman Arms, so the time before the MA, the Roman pilum (spear) was together with a bronze shortsword and a shield the Main weapon of a member of the roman legions.

It was useful because you could throw it and fight with it. Romans often used it to get rid of the shields the enemy used. After the loss of the spear they would switch to their sword.

So while spears are useful itself, the Low costs and easy replacement play a big role in the wide spread use in the infantry. Infantry got their weapons from the Army or the Lord, they fight for, so no one would spend tons of money for people who die first.

Yes, but do keep in mind that gladius were designed more for stabbing and piercing rather than slashing, making it somewhat effective against armor.

More to the point, it was designed to get around enemy shields when they weren’t busted by pila.